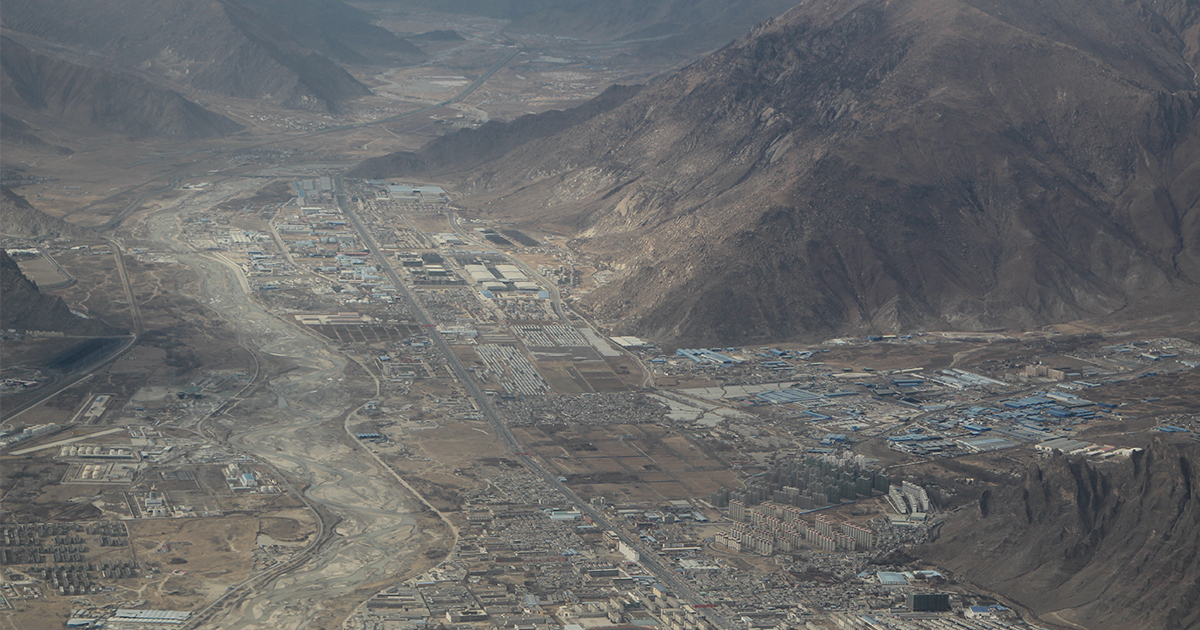 An aerial view of the outskirts of Lhasa (Photographed: Dec, 2019)
FYI, the entire land of Tibet is encroached upon.
Read Time: 1 minutes

EDITORIAL: After publishing CGTN’s tweet which claimed Mt. Everest in China, netizens pointed out their mistake. CGTN, for their part, acted responsibly. They deleted the tweet, and posted a correct version of it which included Nepal’s name. The news has been met by great enthusiasm within our social media fraternity – several of them accusing us of being fake. To those we ask:

“Have you forgotten the entire land of Tibet is encroached upon?”

Tibet Autnomous Region, as it is referred to today, was once a sovereign nation – but had its freedom snatched owing to Chinese annexation between 1950 – 1951. Many Tibetans, including its leader His Holiness the 14th Dalai Lama had to flee their homes, leaving everything they owned.

Speaking to a Tibetan friend about the recent development, “may be exiled Tibetans should protest on social media too – may be China would also grant Tibet its independence”, the friend jokingly remarked.