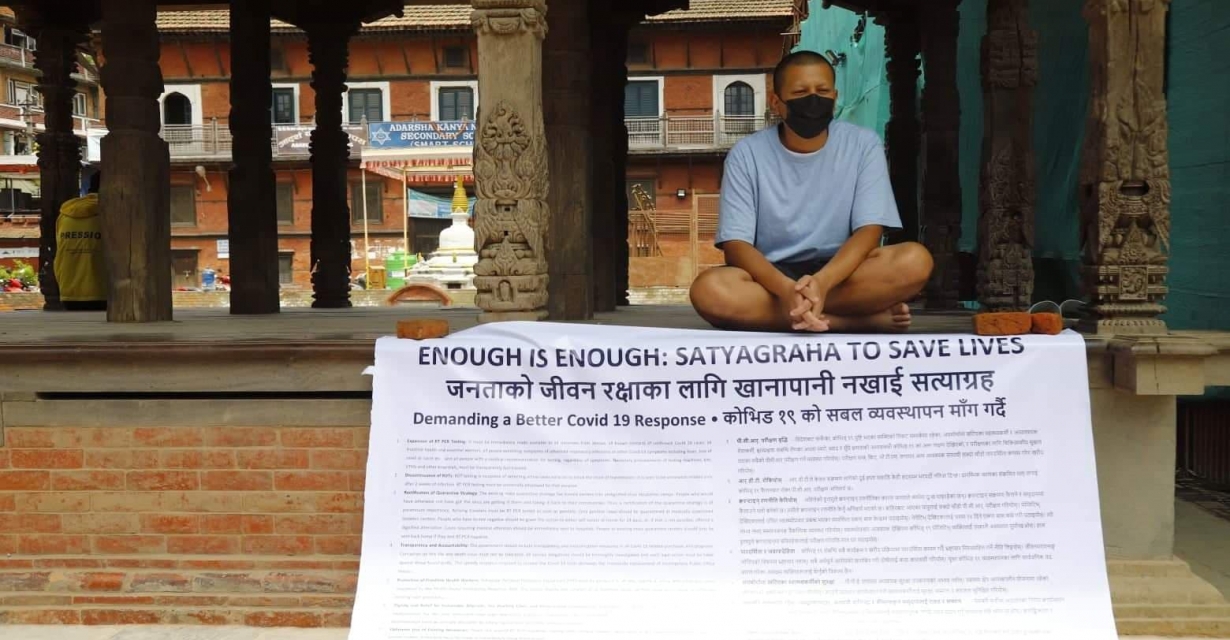 Image: Supplied.
Friday evening’s arrests unlawful, and against the spirit of democratic Nepal
'The protests were legal, the arrests weren't'
Read Time: 3 minutes

On Friday evening, five youth activists were arrested from the vicinity of Patan Durbar Square for staging a protest. In an interesting change of roles, the public was practicing a right guarded by Nepal’s constitution, while Nepal Police’s arrests were against the interest of the law.

For our few thousand readers, we respect your political inclinations – left, centre, or right. But, be you from the left or the right, or even ‘apolitical’, this arrest concerns you – it erodes Nepal’s democracy.

For Nepal, as a relatively young ‘federal, democratic, republic’ we are still in our learning stages – we learn usually through tried and tested measures of other nations. Because we are ruled by a communist government, we learn from other communist nations – mainly China.

The Nepal Communist Party, our ruling party, has exhibited clear signs that they aspire to become like China’s CPC (Communist Party of China). And why not, CPC cannot be held accountable by public for their actions, they act very fast on any dissent, often brutally (take for instance the Tiananmen Square Incident), and when the national spirit is low, they will stage a war (China’s current political tensions with India, North Korea’s recent tensions with the South).

And lastly, Xi Jinping is allowed to remain China’s president for life – a move which was arrived upon after its own party removed term limits.

Compare NCP’s actions since their arrival into power – the controversial IT Bill which threatens the rights of journalists or any acts of dissent.

Take for example the Special Services Bill which allows the government to spy on citizens if it ‘believes you are acting against national interests’, without a clear definition of what defines ‘national interests’.

Take for example our inability to hold the government accountable for their actions.

It is important to understand here that democracy is usually not swept off of our feet at once – it slowly erodes.

Talking to Spandan Lama, one of the participants in yesterday’s protest, they were less than 25 people and practicing physical distance while staging the protest. They had sought consent of the Ward Chairman, and police seem unbothered initially.

Later in the evening, Nepal Police asked the protesters to disperse citing orders from above.

However, in the evening, police arrested him and four others – Spandan, who is in the group, was spared because the ‘van could not accommodate for than five people’.

According to Spandan, once at the station the police were willing to let the protestors go if they signed a paper stating that ‘they will not partake in other protests.’

According to advocate Rastra Timalsena, “To protest is a constitutionally guarded fundamental right – if the arrests were made solely to disperse the protest then that action is unlawful”.

Meanwhile, Ishan is said to have begun a Satyagraha within the police station.