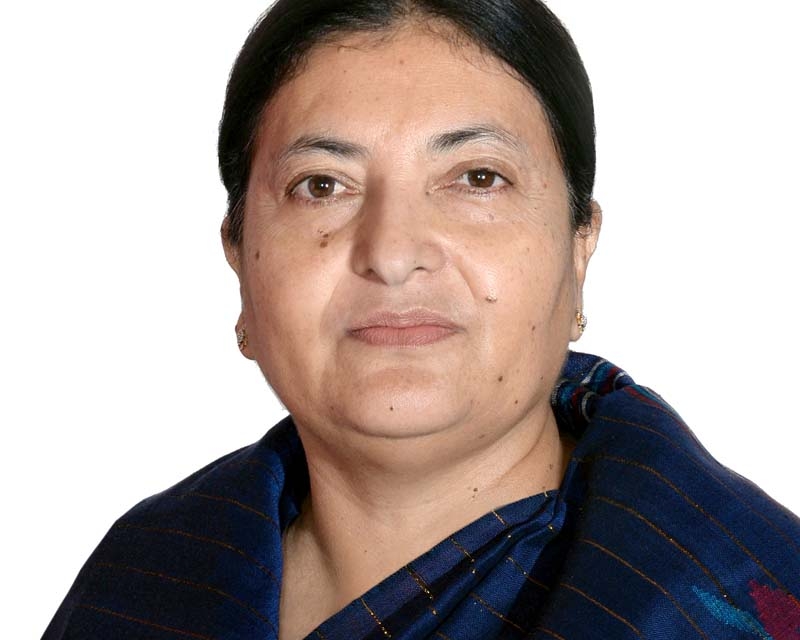 President Bidhya Devi Bhandari said that a fresh mandate was a must for peace, stability, and development in the country.

Receiving the annual report of the Election Commission at a programme organised at Shital Niwas today, President Bhandari said it was necessary to conduct the elections on the slated dates as fresh mandate was essential for peace, stability and development.

She expressed the belief that the EC would work seriously and with determination for conducting the election in a free, reliable and fearless environment. She also added it was the work of the EC to institutionalise and strengthen democracy through the medium of election.

The president suggested that the EC should ensure maximum participation of voters in the election by guaranteeing the franchise of all voters and making voting stations and centres voter-friendly.

The government has already announced elections to the House of Representatives for April 30 and May 10. The president announced the dates on the recommendation of the Council of Ministers.

According to the constitutional provision, the annual report submitted by the EC to the president is presented at the federal Parliament for discussion through the prime minister.

Presenting the report, Chief Election Commissioner Dinesh Kumar Thapaliya briefed President Bhandari on various issues, including the policy related to election, formulation of laws, registration of political parties and their management, collection of voters name list and their update.

Various programmes related to the upcoming HoR election, including updating of voter list, review of voting stations and centres have been approved by the EC and consultation meeting with political parties as well as necessary training for computer operators has already been completed, he added.

Election Commissioners Narendra Dahal and Ishwori Prasad Poudyal and the secretary of EC, among others, were present on the occasion.