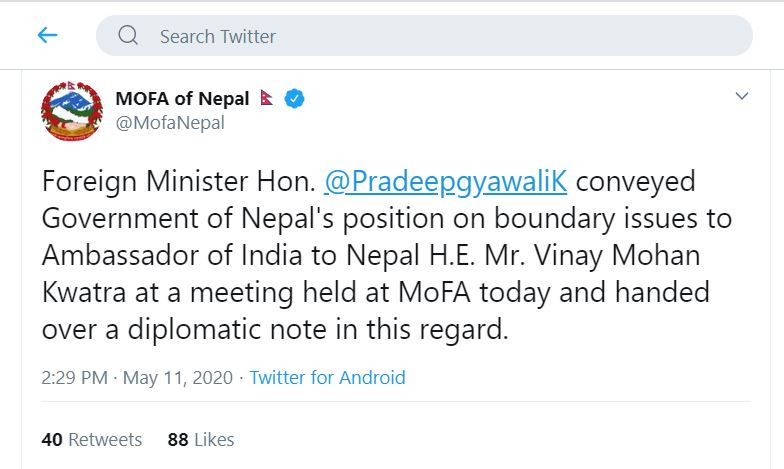 The Ministry of Foreign Affairs has informed that Foreign Minister Pradeep Gyawali today handed over a diplomatic note to Indian Ambassador to Nepal Vinay Mohan Kwatra.

A short note issued by the ministry reads, “Foreign Minister Pradeep Gyawali conveyed the government of Nepal’s position on boundary issues to Ambassador of India to Nepal Vinay Mohan Kwatra at a meeting held at the Foreign Ministry today and handed over a diplomatic note in this regard.”

Earlier on Saturday, the ministry had issued a press release objecting to India’s move of opening a link road to Mansaroar of Tibet via Lipulek of Nepal.