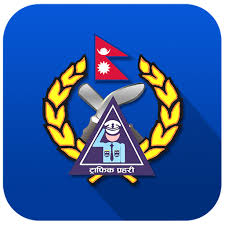 According to the report of Metropolitan Traffic Police Division (MTPD), road accident cases in fiscal year 2019/20 stood at 9,461 – most of the accidents occurred due to negligence on part of the drivers.

The total number of accidents owing to drivers’ negligence was 8,472 followed by 435 due to drunk-driving and 422 road accidents caused by over-speed.

A total of 58 accidents occurred due to reckless overtaking, 49 from technical errors, 16 due to the wretched condition of the roads, 4 owing to negligence of pedestrians and 5 due to bad weather.

According to SSP Bhim Prasad Dhakal, Chief of MTPD, drivers’ reluctance to follow traffic rules is found to be the main reason behind the high number of accidents in the valley.

“Disobedience to the rules often leads to accidents. Over-speeding, drunk-driving and failure to keep the vehicles in good condition have been identified as other causes of accidents,” said Dhakal.

Division Chief Dhakal said over-speeding was another major cause of road accidents in Nepal. Despite a surge in road accidents, there are only 1,284 traffic police personnel managing vehicular traffic in the valley.