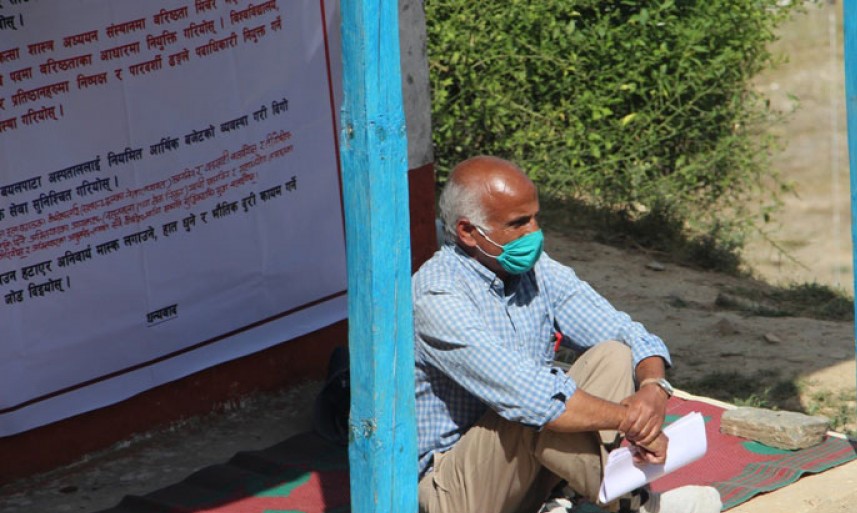 His demands with the government are:

1. Medical education programs, including MBBS, should be conducted at the Karnali Institute of Health Sciences. Running medical classes after immediate establishment of infrastructure and human resources at Geta Medical College and Rapti Institute of Health Sciences. The process to establish government medical colleges in Province No. 2, Gandaki, Doti, Dadeldhura, Udaipur, Ilam, and Panchthar should be expedited.

2. End lockdown as well as other restriction by making the use of masks and social distance mandatory along with country-wide expansion of PCR tests. Appropriate treatment for all patients suffering from COVID-19 as well as other diseases.

3. Amend the Medical Education Act as per the agreement reached between him and the government July 26, 2018.

4. Correct/replace the appointments at the Institute of Medical Studies which were made on the basis of political influence instead of seniority. Legal arrangements should be made to appoint officials in a fair and transparent manner in accordance with the suggestions given by the Committee for Determining Criteria for the Appointment of Officials in universities, councils and institutions.

5. Ensure sustainable free service at the Bayalpata Hospital in Sanfebagar of Achham by regularly allocating the required budget.

6. Rajya Laxmi Golchha bribery scandal, Nepal Oil Corporation land purchase scandal, wide body scandal, security press purchase scandal, Durbar Marg land scandal, Omni Group drug procurement scandal and all other major corruption scandals be investigated and perpetrators be prosecuted according to the law. Investigate and take action against the leaders of the ruling Nepal Communist Party who took advantage in the Baluwatar land scandal. If the culprits of all these cases are acquitted at the behest of the authorities, then officers of Commission for the Investigation of Abuse of Authority (CIAA) should also be investigated and prosecuted. A case of money laundering be filed against all the guilty persons, including the commissioner of CIAA.