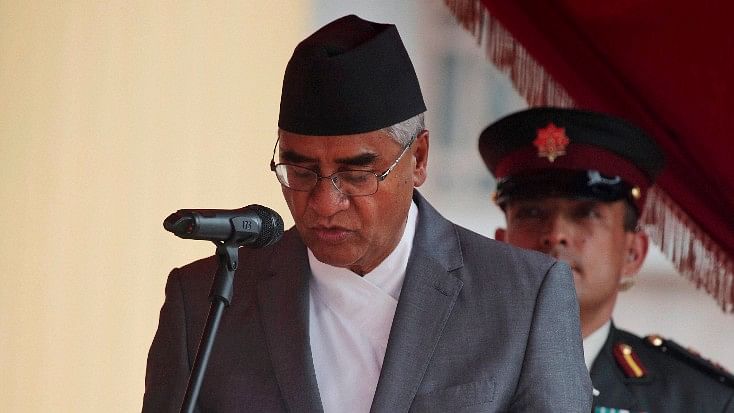 The president of Nepali Congress, Sher Bahadur Deuba, has been appointed the new Prime Minister of Nepal.

Deuba became the Prime Minister of Nepal for the first time on September 12, 1995.

This is the fifth time Deuba has helmed the country’s prime ministerial post.

President Bidhyadevi Bhandari appointed him as the new Prime Minister in accordance with Article 76(5) of the Constitution of Nepal today afternoon.

Chief Personal Secretary to the President Bhesharaj Adhikari informed that Deuba’s swearing-in ceremony has been scheduled for 6:00 pm today.

The Supreme Court, on Monday, issued an order to appoint Deuba as the new Prime Minister of Nepal within 24 hours in accordance with Article 76 (5) of the Constitution.

The decision taken by President Bidya Devi Bhandari to dissolve the House of Representatives (HoR) on the recommendation of the Council of Ministers has also been overturned by the Supreme Court.

With this order, the House of Representatives has been reinstated.

The apex court has ordered to host the next session of the reinstated within seven days.

After his appointment, Deuba is under preparation to appoint three ministers. He is preparing to appoint one minister each from the Nepali Congress, the Madhav Kumar faction of CPN-UML, CPN-Maoist Center and JSP-N.