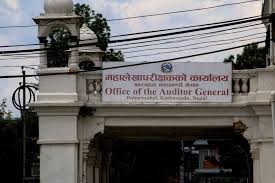 Details of government expenditure and revenue under wraps for over a month
Read Time: 1 minutes

The government has stopped making public the details of its daily expenditure and revenue collection. Earlier, real time details were made public by the Office of the Auditor General (OAG).

However, OAG has stopped publishing the details of daily expenditure from the very first day of the current fiscal year.

Officials at OAG informed that the system of making those details public was being changed, resulting to the current halt of real-time expenditure details.

Joint Auditor General at OAG, Gyanendra Poudel said, “The system needs to be improved and that is why the office has stopped showing expenditure or revenue details. We are working on it.”

The Ministry of Finance and OAG seem indifferent to the matter although the system of making government revenue as well as expenditure transparent to the public has been dysfunctional for more than a month.

Poudel said that it was not clear how long it would take for the system to be ready.
The Ministry of Finance, which has been performing poorly in budget implementation, has a history of deliberately corrupting the system by hiding real-time data in previous years in a bid to fend off criticism.

Officials at OAG, however, insisted that the details could not be made public only due to the ongoing “improvement and maintenance” of the system.