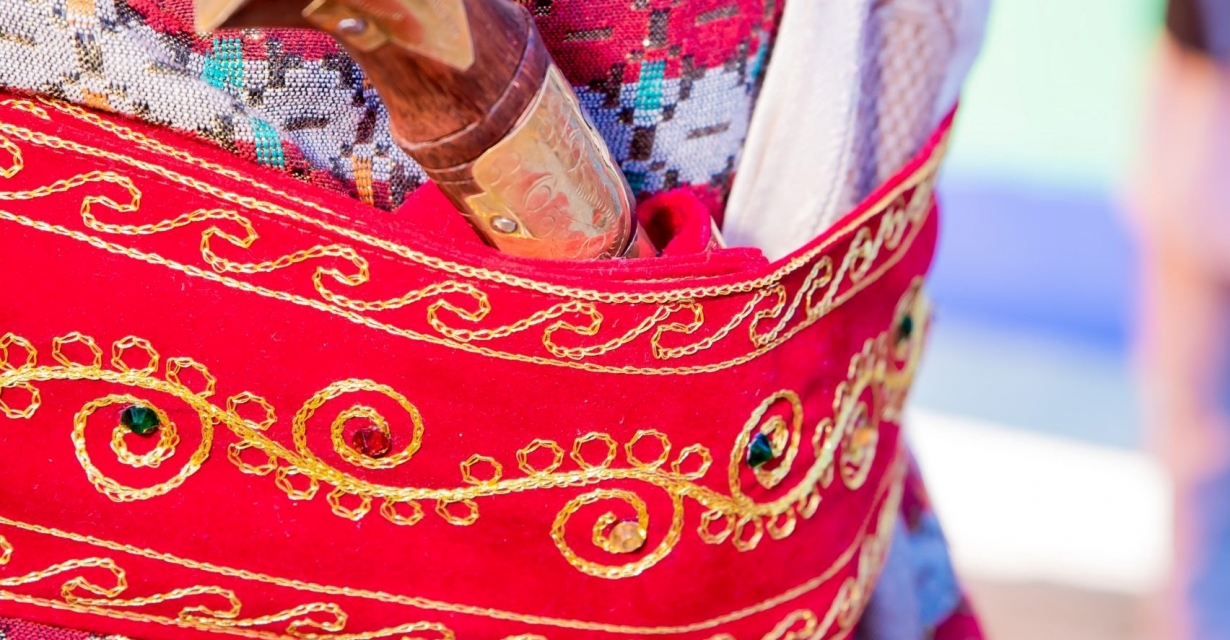 Nestled amid the Himalayas is a quaint locale for travelers to flock to. World renowned for its tea and for the iconic ‘toy train,’ it is also termed the Queen of Hills. Darjeeling is a brand in itself and one would typically associate it with magnificent vistas and crisp mountain air.

Yet, this peaceful town was witness to a prolonged agitation in the mid-1980s, on account of locals demanding a separate state of Gorkhaland. Following a period of unrest that spanned almost three years, a settlement came in the form of a small territorial autonomous region of self-government under the state of West Bengal. Meanwhile, a few thousand lives had been lost to the statehood cause.

Although hostilities ended, the demand for a separate state continued unabated.  New leaders emerged over time but the core issue remained — ‘a separate Gorkhaland’. The common people’s opinion, however, stood divided regarding the proposed separation.  Some pointed out that a separate state was necessary as a basis for ethnic identity to be maintained while others argued that it was a struggle for development.

The term Gurkha is derived from a principality in Nepal; it was coined to distinguish the people as being from Nepal and thus, as Nepalese!

Darjeeling was part of the erstwhile Kingdom of Sikkim, which until 1975, was an independent nation.  The Gurkhas from Nepal had captured Darjeeling from Sikkim. Later, with the help of the East India Company, Darjeeling once again became part of Sikkim.

The British, however, found Darjeeling offering a suitable environment for establishing a sanatorium. An agreement was made with Sikkim’s monarch, the Chogyal, and the region was annexed to British India. They built roads and even a mountain railway. Since the elevation and soil lent themselves well to the camellia sinensis plant, tea plantations quickly became popular. Scottish missionaries were invited to open schools and for all intents and purposes, Darjeeling was a little England of sorts, what with similar inclement weather.

British officers and top bureaucrats were sent to recuperate in the hills following their travails and several of India’s erstwhile Maharajas built summer palaces there. Prior to the arrival of the British, the ethnic minorities were the Lepchas — a people who are also considered among the earliest inhabitants of Sikkim.  There was also significant migration from Nepal and Sikkim since Darjeeling offered sound employment opportunities and better living standards. In the latter context, it must be highlighted that Darjeeling was the first town in India to receive electrification in 1897 after the commissioning of Asia’s first hydel power station in nearby Sidrapong.

The forced exodus from northeast India and Bhutan

The people living in Darjeeling are mostly ethnic Nepalese or Gurkhas. Traditionally, they offered their services in sizeable numbers in roles such as tea-plantation workers, as cadets in the Indian army and also in government jobs. Darjeeling and its people have always welcomed and assimilated a multitude of ethnicities in its composite culture. It has also made noteworthy contributions to Indian music and sports, besides offering several economic pillars such as tea, tourism and education.

Following the agitation in the 1980s, Gurkha residents in Northeast Indian states found themselves displaced.  It was ethnic cleansing to put it mildly.

Every so often, one can still hear first person accounts of woeful tales of Gurkhas who were driven out from places they had long called home. Then, in an added blow, the big surge in displacements came when the Kingdom of Bhutan initiated the forced exodus of Lhotsampas (people in Bhutan of Nepalese ancestry) out of their country in the 1990s.

The undoing for the Lhotsampas was their protest against the Bhutanese state and monarch; they demanded democracy.

Macro contributors to the statehood demand

Such events brings to mind Napoleon Bonaparte, when he opined, “The world suffers a lot. Not because of the violence of bad people, but because of the silence of good people.” Most Gurkha refugees from Bhutan crossed the Indian border and settled in eastern Nepal. These unexpected events definitely instilled a sense of insecurity in the minds of Gurkhas settled in Darjeeling. They considered the Queen of Hills as their last bastion and they needed to protect it for fear that they too may be driven out.

At the same time, Darjeeling residents felt a sense of major disconnect with the inhabitants of the broader state of West Bengal. There were stark cultural dissimilarities and discontent was always high among the faction that held that development was grossly lacking. The town’s population grew steadily and with increasing migrants relocating there from other regions, there weren’t adequate employment opportunities available. Unemployment was on the rise and with it, a sense of dissent. Subsequently, the call for a separate state began to acquire momentum.

It must also be mentioned that the Gurkhas gained notoriety after their uncontrolled entry into Sikkim and before long, their numbers had swelled. The Indian annexing of Sikkim was so easily attained because Indira Gandhi knew the Chogyal had no popular support; the Gurkhas formed much of the populace. It is also interesting to note that when the Indian army surrounded the palace, two Gurkha guards were killed defending the Chogyal!

The British Gurkhas and Joanna Lumley

The British army recruited thousands of Gurkhas to serve in its conquests both in India and abroad. There were 11 regiments in total, and these were split in 1947. The British took four battalions with them.

When the British left Hong Kong and handed over the territory to China in 1997, they made sure to relocate the Gurkhas from Hong Kong to England. They announced that any Gurkha serviceman who’d served the UK after 1997 would be awarded English citizenship. In 2008, actress Joanna Lumley (whose father had served in the 6th Gurkha Rifles) became the public face of the campaign. The latter effort sought to provide all Gurkha veterans who’d served in the British Army before 1997, the right to settle in Britain. Lumley ran a highly publicised and successful campaign.

British Gurkha soldiers who were enlisted in the army after 1997 had already been granted permission, but the UK government did not extend the offer to all Gurkhas. This UK government stance must be juxtaposed against the fact that Gurkha soldiers had served Britain for almost 200 years, with over 50,000 dying in service and 13 were recipients of the Victoria Cross.

On 20 November 2008, Lumley led a large procession—the ‘Gurkha Justice Campaign’—from Parliament Square to 10 Downing Street with a petition signed by 2,50,000 people. In April 2009, she categorically stated she was “ashamed” of the UK administration’s decision to affix five criteria to Gurkhas’ right to settle in the UK.

On 29 April 2009, however, with the support of both Opposition parties and Labour rebel MPs, a Liberal Democrat motion was passed.  Henceforth, all Gurkhas who’d served in the Army prior to 1997 would be offered right of residence.  It was a genuine honour extended to Gurkhas’ heroic deeds, and the uncertainty that British Gurkha residents had lived amid was over; the path was eased for future generations to reside in England without uncertainty looming over them.

Gurkhas and their gallantry

In a move similar to the British army, the Indian army also actively recruited Gurkha youth. Seven Gurkha regiments served with valour during the 1962 Sino-Indian conflict and again, during the Bangladesh Liberation war in 1971. In fact, Field Marshal Sam Manekshaw put it succinctly when he said, “If a man says he is not afraid of dying, he is either lying or he is a Gurkha.” More recently, their accomplishments were recognised during the 1999 Indo-Pakistan conflict.

Major Durga Malla was a distinguished Gurkha soldier and Indian freedom fighter. Prior to his execution by the British, he proudly stated, “My sacrifice will bring freedom to India.” A memorial statue dedicated to Major Malla was unveiled in 2017 by former Prime Minister, Dr Manmohan Singh.

Numerous gallantry medals were awarded to the brave Gurkha soldiers — from the Param Vir Chakra to Vishist Seva medals. Over 100 bravery medals were awarded both during active service and posthumously for their supreme sacrifice of martyrdom. Despite these acts of selflessness, the Gurkha community continues to feel alienated in the very land that they have so bravely defended from aggressors. Time and again, nationalism is equated with serving one’s country but this same yardstick has somehow been lost on the Gurkhas, and their demand for a separate state.

Perhaps, the leaders that the people have chosen are not of the Joanna Lumley ilk; none have been able to stir up the same frenzy as she was able to in the British Parliament.  While one cannot help but empathise with the Gurkhas’ cause, are there key facets being overlooked here? Are ideas such as segregation on the basis of ethnicity gradually beginning to fade? In a highly globalised world, are the Gurkhas perhaps overlooking elements that have since assumed greater importance?

Sir William Wallace was a Scottish knight in the 13th century.  He led the first war of Scottish independence.  Later, he was captured and executed for high treason. After his death, Sir Wallace rose to iconic status and he was a symbol of the Scottish freedom movement. It was commonly acknowledged that the Scotts had always sought independence from the Union.

But the events that unfolded in 2014 took everyone by surprise. When the UK was first considering the ‘Brexit’ in 2014, the Scots decided to issue a referendum on Scottish independence. A majority of 55 percent voted to stay as part of the Union; basically they chose to remain with the UK. The reason was simple — the economic benefits were prioritised over political independence.

Likewise, does a similar situation hold true in dear old Darjeeling? It is evident that economic sustainability of a community is, by far, more important than ethnicity or identity. Identification tells you which region one represents but an economically viable community affirms autonomy both to a race and region. 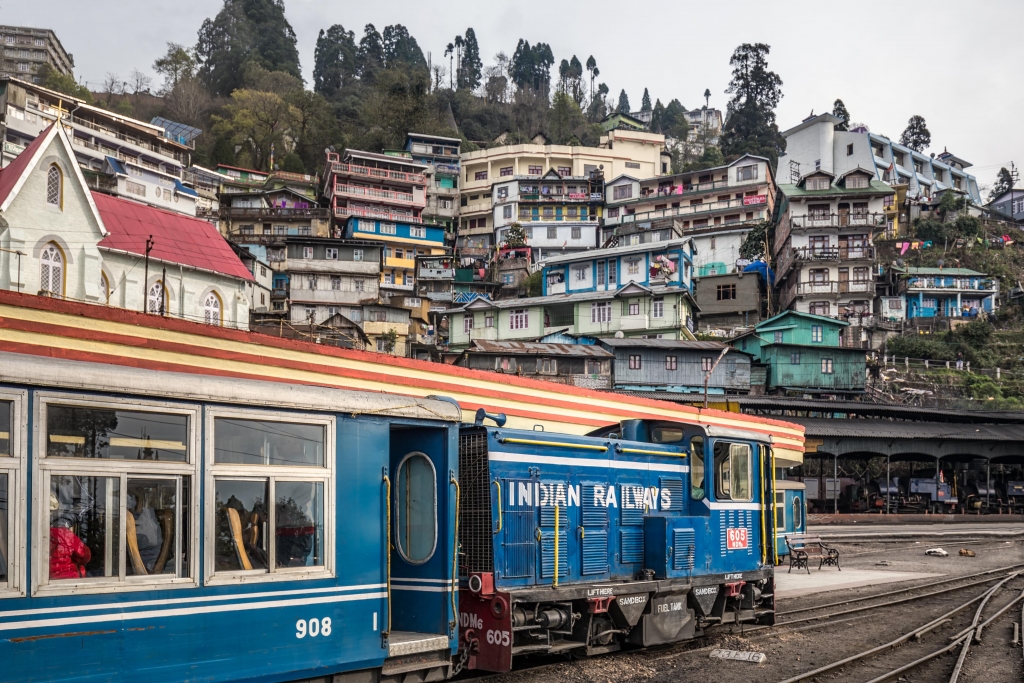 It is perhaps time for the global Gurkha diaspora to initiate collaborative efforts to revive the Queen of Hills to become the economic powerhouse that it once was. Already, the decades of unrest have taken a toll on the region’s economic pillars — tea, tourism and education. Let us perhaps not direct our efforts at seeking out a local Joanna Lumley for precious time has already been lost. Rather, let us avow to replicate a vision like Lee Kuan Yew’s and invest collaborative efforts towards bettering the economic prospects of those who have long been disadvantaged. Interestingly, Yew and his family were—or possibly still are—offered security by an elite band of Gurkha servicemen.

If a fishing community abandoned by Malaysia can become a global financial hub, then surely Darjeeling—with its natural beauty and passionate Gurkhas—can also weave a similar yarn in the fabric of modern history.

About the author:
Mr. Chetan Tewari is the owner and Principal of St. Anthony’s School in Kurseong, West Bengal. He is a voracious reader and he firmly believes that we must adapt as best as we can to the prevaling circumstances. Mr. Tewari has been moulding young minds for over two decades now and he has several distinguished alumni to his credit.
This article was originally published on ElByte on 30th July, 2020, and has been re-printed with permission of the author and the publisher.
Related News