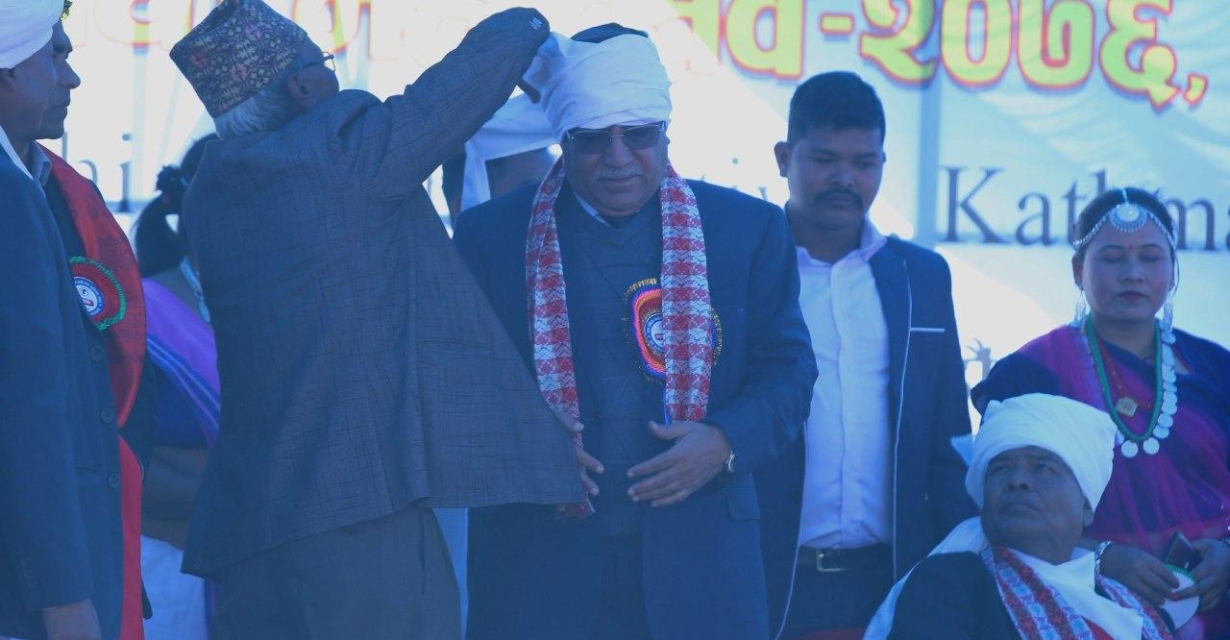 Co-chairman of the ruling Nepal Communist Party (NCP), Pushpa Kamal Dahal, who led the decade-long Maoist armed insurgency, said that he will take responsibility for killing of 5,000 people during the decade-long armed conflict, but not 17,000.

Dahal made the comment while addressing a cultural event organized by the Tharu community in Tundikhel of Kathmandu yesterday on the occasion of Maghi festival.

Dahal also reiterated that he would take full moral responsibility of the ‘people’s war’. “I take full responsibility of all good and bad work of the war. I will never run away,” he said. “But please do not hold me responsible for anything that I have not done.” Dahal also vowed to ensure the release of Tikapur carnage convict Resham Chaudhary, who has challenged his conviction at the High Court.

Stating that he was the one who played crucial role in ensuring Chaudhary’s swearing in as a lawmaker, Dahal said his party was discussing about annulling false cases against many individuals in relation to the Tikapur carnage.

Chaudhary is currently serving a jail term after being convicted by court for his involvement in Tikapur massacre.