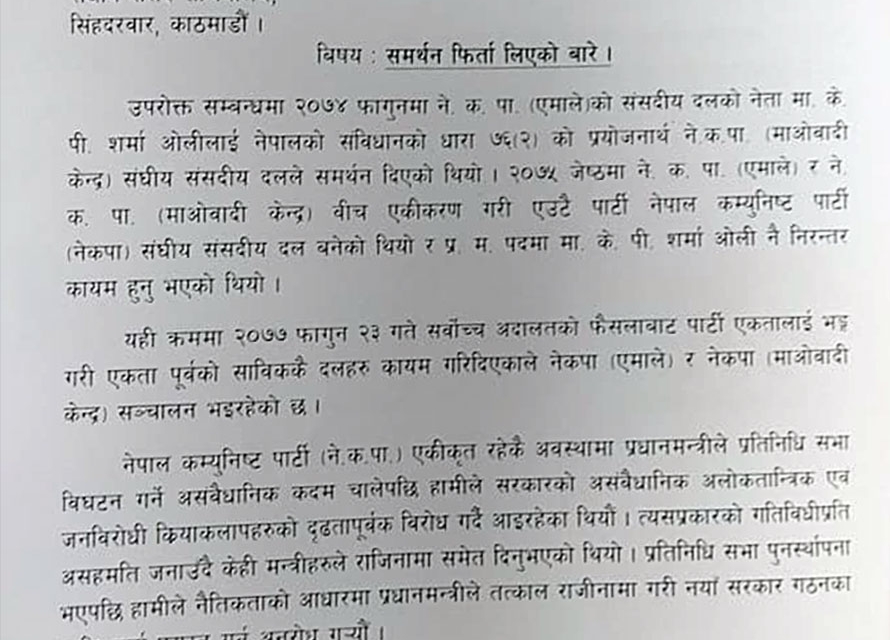 CPN (Maoist Centre) had earlier called its standing committee meeting on Tuesday to decide on the withdrawal, following which, Chief Whip Dev Gurung, submitted the party’s decision to Gopal Nath Yogi, secretary at the Parliament Secretariat.

Gurung has said that PM Oli has been making various unconstitutional moves and action that went against the democratic values and beliefs, including the dissolution of House of Representatives and issuing ordinance regarding the Constitutional Council.

Gurung further said that continuity of the government in PM Oli’s leadership will endanger the country’s spirit of democracy.

“We have decided to take back our support to the Oli government, effective today,” said Gurung on Wednesday.

Whether the prime minister will be able to whip a majority by forging another alliance or if the country is headed towards an election, time will tell. Prime Minister K P Sharma Oli had reached opposition party Nepali Congress leader Sher Bahadur Deuba’s home yesterday evening – however, as per reports, Deuba denied any chance of alliance between NC and CPN UML.

Intra-party disputes also suggest that CPN-UML lawmakers themselves might cross PM Oli during the vote for confidence motion.

Likewise, RJP-N too stands at the edge of a split as Mahato-Thakur faction is willing to stand in Oli’s favour while the Yadav-Bhattarai faction is totally against joining hands with PM Oli. 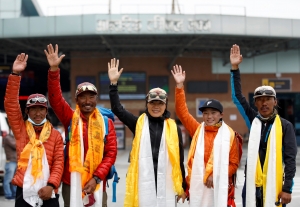