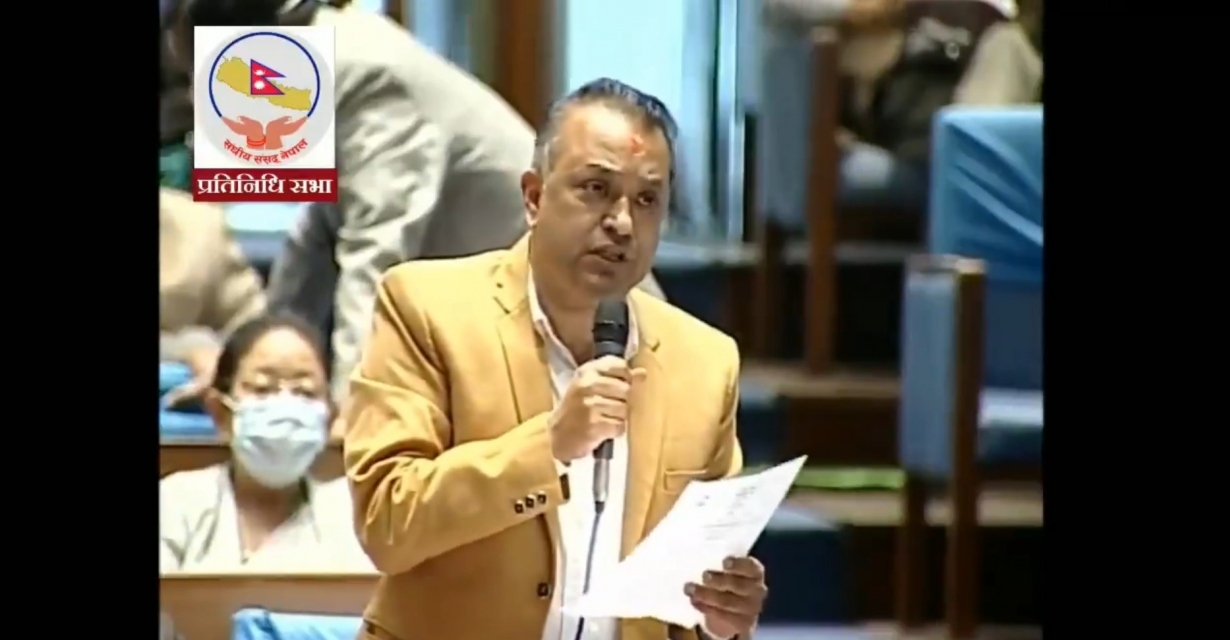 Primary opposition party Nepali Congress (NC) today demanded a detailed breakdown of the expenditure incurred by the government in the prevention and control of coronavirus spread.

Speaking at today’s meeting of the House of Representatives after asking for special time, NC said the government had utterly failed in curbing the spread of Covid-19 and accused it of indulging in corruption.

In yesterday’s meeting, Health Minister Bhanu Bhakta Dhakal had informed the House that the government had spent 9.87 billion rupees in the prevention and control of coronavirus spread.

In its response, NC lawmaker Gagan Thapa today said, “We need a detailed breakdown of the expenditure,” asking, “Isn’t the government responsible to provide details of spending around Rs 10 billion while all it did was bought five PCR machines and 25,000 PCR kits?”

Thapa, who is also a former Health Minister, said that the parliament cannot hide the Health Ministry’s irregularities by transferring one employee.

Thapa was referring to the recent transfer of erstwhile spokesperson for the Health Ministry Dr Bikash Devkota.

Dr Devkota was transferred to the Quality Standard and Regulation Division as its chief and has been replaced by Dr Jaeshwar Gautam.

Lawmaker Thapa added that the spread of coronavirus was on the verge of becoming an epidemic because Prime Minister KP Sharma Oli refused to listen to the advice given by the parliament, court, general public, and experts.

“Who is answerable for post-partum women dying because they couldn’t reach the hospital on time, people who have died in quarantine centers, people dying of hunger, and people committing suicide because of hunger?” asked Thapa.

NC further slammed the Health Ministry for continuing with rapid diagnostic tests at a time when the Supreme Court, parliamentary committees, and experts have been asking to halt RDT for its lack of reliance.

The primary opposition party also asked the government to give detailed answers regarding the rescue and repatriation of Nepali migrant workers stranded abroad and its plans on reviving the economy.