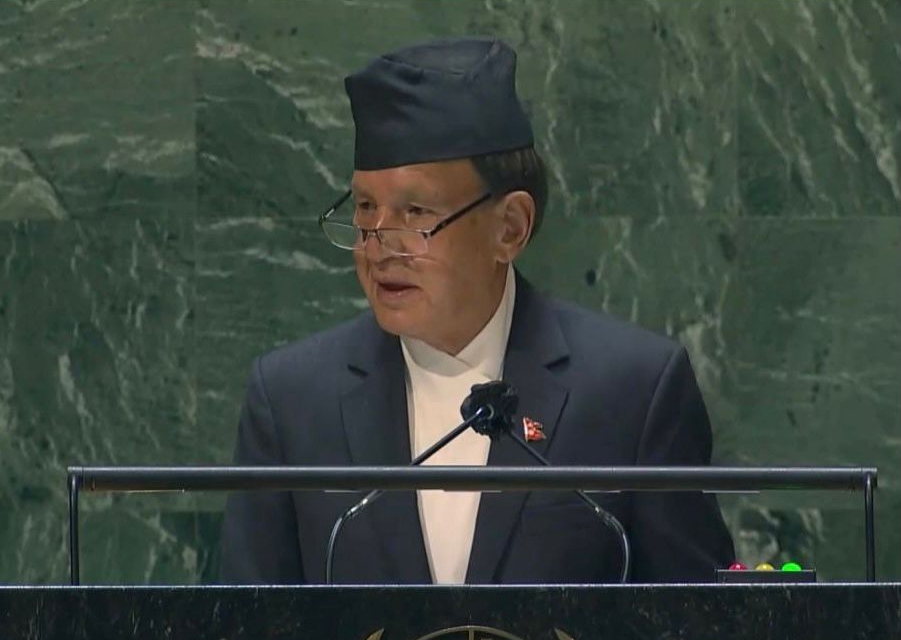 As many as 48 organizations representing conflict victims have written to UN Secretary-General António Guterres stating that Nepal continues to fail in establishing truth, justice, and reparations for thousands of victims of human rights violations during Nepal’s 1996-2006 conflict.

Referring to the remarks made by Minister of Foreign Affairs during the 76th session of the United Nations General Assembly (UNGA) on September 27 in New York, the organizations said, “We hold that successive governments of Nepal have long continued to merely pay lip service and make false commitments to the transitional justice process at international forums including that of UN. And it is our belief that Minister Khadka’s recent remark at the UNGA is just a continuation of those empty promises.”

Minister Khadka had said that Nepal was committed to conclude the transitional justice process through the Truth and Reconciliation Commission and the Commission of Investigation on Enforced Disappeared Persons and that there would be no blanket amnesty in cases of serious violation of human rights.

“Let us remind you, earlier in February 2019, former foreign minister Pradeep Gyawali had made a similar commitment during the 40th session of the Human Rights Council. Several of his predecessors also made similar commitments at various international forums, however, in reality, nothing has happened back home to match their words,” they wrote in the letter.

“The reality here is that the victims and their families have been waiting for truth, justice and reparations for well over fifteen years since the end of the conflict in November 2006 while the Government of Nepal continues to showcase the sham transitional justice process to the UN and the international community,” the letter reads.

“Minister Khadka’s remark that ‘there would be no blanket amnesty in the cases of serious violation of human rights is welcome, but we need to ask how long will the Government of Nepal continue lying to the world with these hollow promises while it does not amend the Enforced Disappearances Inquiry, Truth and Reconciliation Commission Act, 2014 as ordered by the Supreme Court to ensure no amnesty for gross violations of human rights.”

As per the letter, the longstanding concerns of the victims of conflict, human rights organizations and international communities, including the UN, on amendment of the TJ law remains unaddressed.

“We would like to remind you of OHCHR’s position in 2016 with respect to Nepal’s transitional justice bodies that do not meet the basic international standards, especially with respect to the broad provisions in the existing legal framework that can be used to grant amnesty to perpetrators of even grave human rights violations,” they stated in the letter.

The two commissions were established in February 2015 against the will of victims.

These commissions have been manifestly used to prevent victims from accessing the regular criminal justice system, they argued.

“Despite our reservations, we chose to critically engage with the commissions, and submitted our complaints to the commissions, seeking truth and justice,” reads the letter. They said that the victims and civil society groups in Nepal had been seeking meaningful consultations, transparent processes and an amendment of the law, as well as the appointment of a fresh set of commissioners only after the law is amended, but to no avail.

“We, therefore, would like to request you to take with a pinch of salt what our foreign minister has remarked at the UNGA, and to take steps in leveraging your influence on the Government of Nepal so that Nepal’s long stalled transitional justice issue is addressed and thousands of victims served truth and justice,” they said.