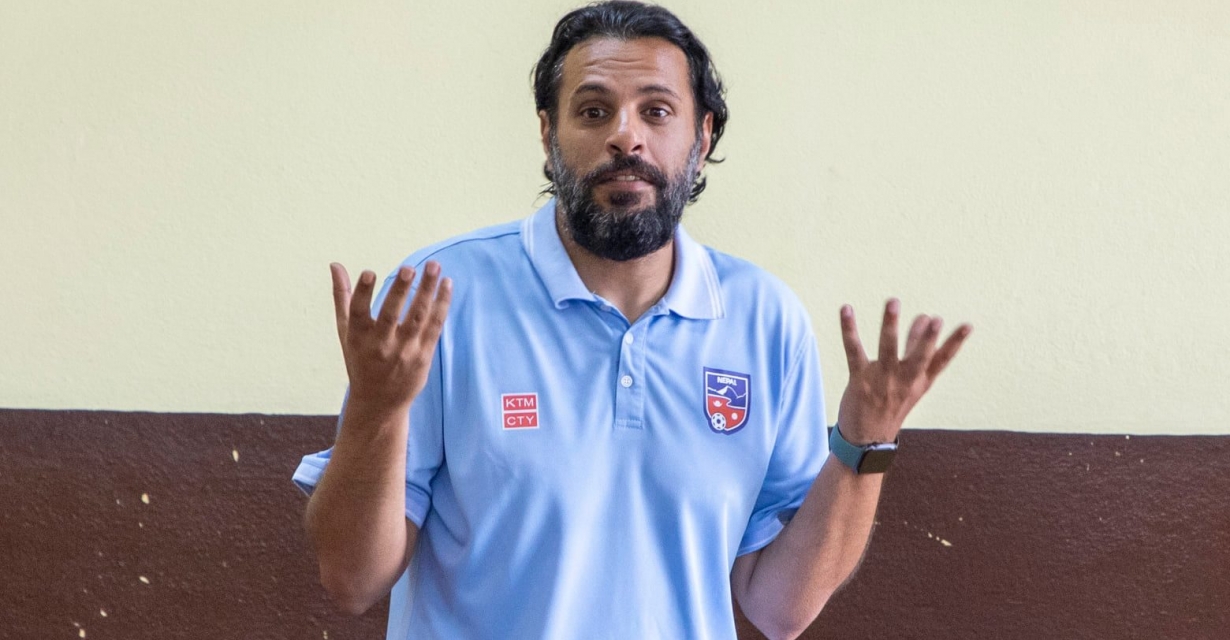 The coach of Nepal’s national men’s football team, Abdullah Almutairi, on Sunday took to social media to announce his decision to resign.

Over a Facebook update, Almutairi shared his intention to submit his resignation to All Nepal Football Association (ANFA). On his post he has blamed “drama towards him” by ANFA Senior Vice President Pankaj Nembang.

Meanwhile, according to media reports, Nembang has expressed surprise at Almutairi’s decision and accusation.

Nembang denied the accusation and demanded a probe into the matter. “I was shocked to know about him quitting the post because of me. I have never questioned him regarding his handling of the team and his style of playing,” he said

“Instead I have praised Almutairi for his efforts in bringing out positive results in the team. This can be a conspiracy against me and I demand a serious probe into the matter. I am ready to resign from the post if found guilty,” he added.

This is not the first time that the coach has taken to social media to vent out his frustration. There have been other such incidents in recent times. Upon his appointment as Nepal’s coach, Almutairi had claimed that Nepali footballers had not played any real football before his arrival.

ANFA board members have repeatedly reminded him not to voice internal matters on social media and instead hold dialogues within the Association.

Almutairi was also mired in a controversy recently after he verbally abused two sports journalists at the ANFA Complex after one of them inquired the coach about smoking at a public place.

Similarly, ANFA President Karma Tsering Sherpa – who is seeking another stint at the Football Association – also often faces criticism for his handling of ANFA of late.

While Almutairi is in support of Sherpa, Nembang is leading a panel to oust Sherpa from the post in the next election.

On Friday, Chairperson of ANFA’s Technical Committee Krishna Thapa resigned from his post accusing the ANFA leadership of not consulting him regarding Almutairi’s contract extension.

Coach Almutairi’s announcement came on the same day ANFA made an announcement regarding Nepal receiving a conditional offer from the South Asian Football Federation (SAFF) to host the 13th edition of the SAFF Championship in October this year.

The condition put forth by SAFF is that Nepal has to set aside a budget of Rs 100 million to host the Championship. ANFA has proposed that Nepal government provide Rs 50 million, while it will arrange the rest of the required budget.

Almutairi had earlier expressed his wish to leave Nepal after the Championship – however, with recent development, it is unsure if Almutairi will remain with the team for the upcoming championship, if allowed to proceed.

If Nepal can arrange the required budget, the 13th edition of SAAF Championship will take place in Nepal.