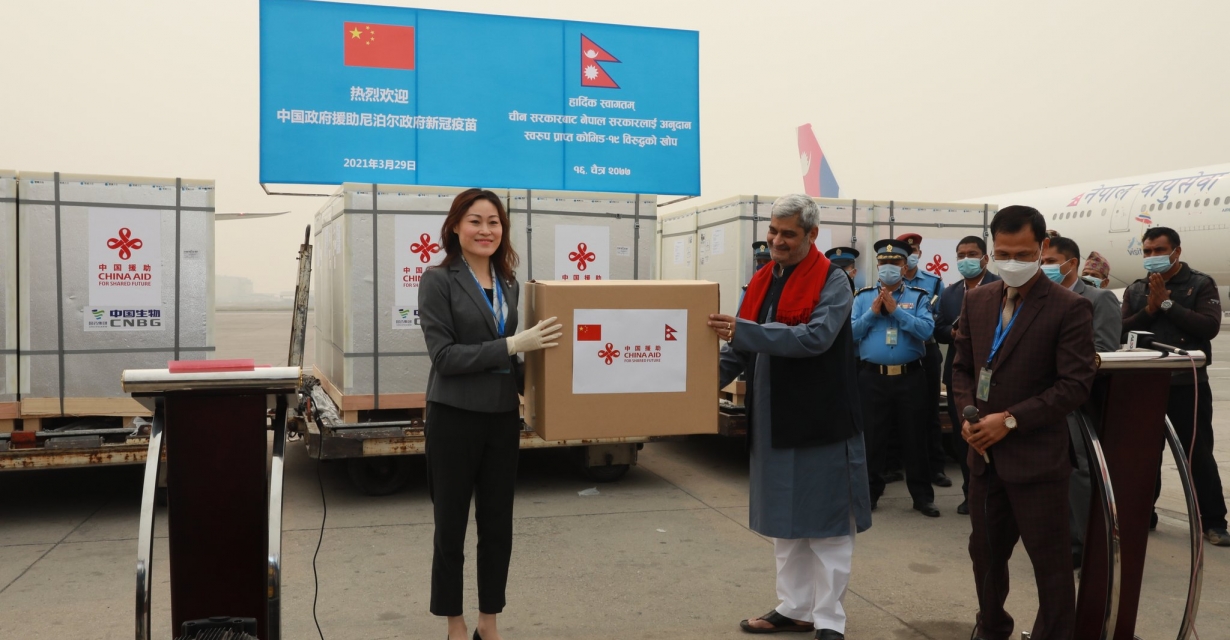 Chinese vaccines to be administered to businesspersons and students from Wednesday
Read Time: 2 minutes

As the Chinese government doesn’t approve the effectiveness of vaccines produced by other countries, the Ministry of Health and Population (MoHP) has decided to administer Chinese vaccines to students studying in China and businesspersons working along Sino-Nepal borders.

The vaccination program slated to begin from April 7 will not include age group above 60 years in its priority list.

The government had brought 800,000 doses of the China-made Vero Cell vaccine — provided by the Chinese government to Nepal as a grant – to Kathmandu from Beijing on March 29 via a chartered flight of Nepal Airlines.

“The vaccines will be administered to students studying in China but have been stuck in Nepal since the start of the pandemic, those preparing to go to China for further studies, businesspersons working along Nepal-China borders and officials visiting China,” informed an official at the Department of Health Services.

According to MoHP, more than a thousand students haven’t been able to return to China to continue their studies because they are not vaccinated. Similarly, there are over 100,000 cross-border traders.

MoHP plans to administer the vaccines through 12 hospitals—nine in Kathmandu, two in Lalitpur and one in Bhaktapur. The Ministry does not plan to conduct the inoculation drive outside Kathmandu valley.

Meanwhile, the government has decided to provide second dose of Covishield vaccines from the 500,000 doses in stock to those who have been vaccinated with the first dose from April 20.

The campaign, however, is likely to be affected if the Serum Institute of India fails to deliver one million doses of vaccine in time.

Nepal had granted a conditional emergency approval for use of Vero Cell, the coronavirus vaccine manufactured by China’s Beijing Institute of Biological Products earlier on February 18.