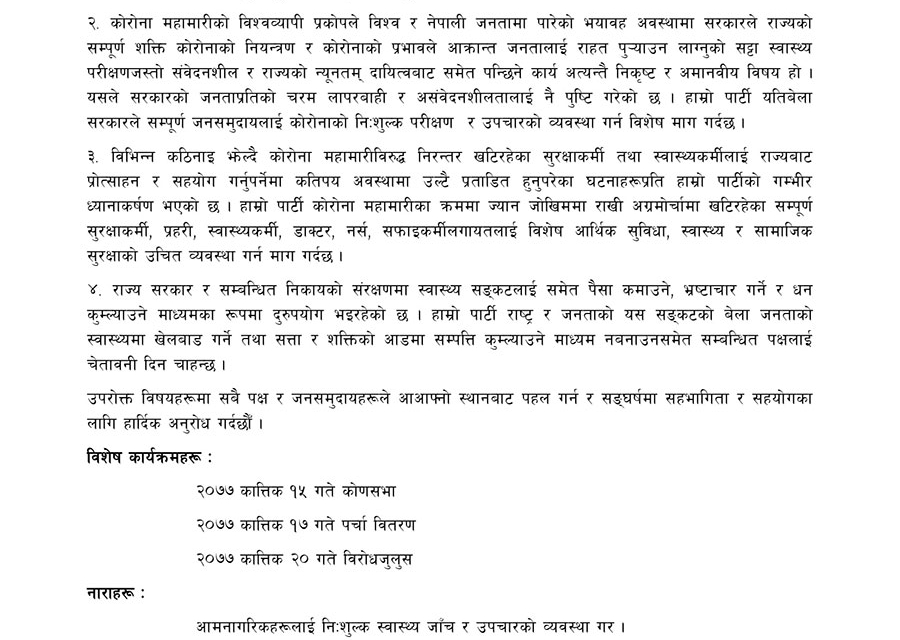 The Netra Bikram Chand (Biplav)-led Communist Party of Nepal, which the government has termed an illegal outfit, today made public its protest programs against the government.

Stating that the government had decided to make the citizens pay for their COVID-19 tests and treatments, blatantly ignored public health concerns, and indulged in corruption through abuse of power, the Chand-led outfit publicized its protest programs to be held from October 31 to November 5.

The outfit has accused the government of being grossly irresponsible towards the nation and citizens, and claimed that such an attitude by the state had complicated issues related to nationalism, republicanism, and public life.

It has also termed the government’s decision to charge the public for COVID-19 tests and treatments as inhumane.

“Instead of deploying all state mechanisms in relieving the general public from the terror and burden of COVID-19, the government made an inhumane decision to backtrack from its basic responsibilities such as ensuring free healthcare during an epidemic. Our party demands the government to provide free healthcare and testing to all citizens,” reads the outfit’s press statement.