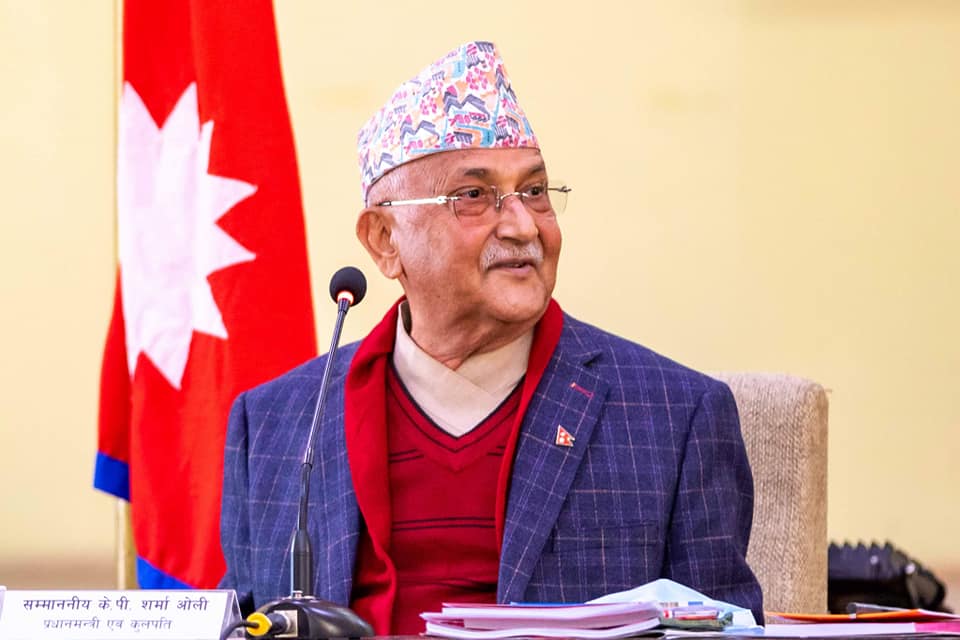 An emergency Cabinet meeting convened at the call of Prime Minister KP Sharma Oli in Baluwatar today morning has recommend to dissolve the Parliament.

Prime Minister Oli has reached the President’s Office with the recommendation, which has yet to be ratified by President Bidya Devi Bhandari.

Dissolution of Parliament means dissolving the House of Representatives to create a new one through a fresh general election. Nepal’s next general election is scheduled in 2022, but if the President approves the government’s recommendation, a fresh election is likely to be held earlier.

Oli, meanwhile, will continue to head the interim government until the next election is held. Oli has recommended the President to hold the next general election on May 6, 2021.

Minister for Energy Barshaman Pun informed that today’s Cabinet meeting had decided to recommend the President for the dissolution of Parliament.

This move is seen as PM Oli’s rebuttal to fend off the risk of being ousted from the top job after he issued an ordinance last Tuesday to amend the Constitutional Council Act without even informing his ministers.

Though he agreed to withdraw the ordinance after his fellow members of the ruling Nepal Communist Party (NCP) pilled pressure, the ordinance has not been scrapped yet.