Balaju locals staged a protest in front of Balaju Police Station today afternoon against the “unauthorized demolition of houses” by the government under the Kathmandu Valley Road Expansion Project.

Balaju residents have said police had arrested ten locals yesterday without any charges and kept in custody overnight before being let free today morning.

Several houses are being demolished in Balaju a bid to widen the road by 14 meters according to the mark drawn by the Kathmandu Valley Development Authority (KVDA). More than 48 houses have already been demolished in the southern part of Balaju under the directives.

Local residents, however, have accused the authorities of bulldozing houses that lie beyond the mark.

“I live in Sankhu and make ends meet by selling milk in the community. I have a daughter while my son is stranded in Malaysia as a migrant worker. He has not been able to return home due to the lockdown as his visa has expired. I built my house with the hard-earned saving of my family and I followed all government mandated building protocols while constructing my house. But KVDA demolished my house a few months ago without any consultation with me and against the stay order issued by the Supreme Court. When I tried to oppose their decision, I was mistreated by police officials. I lost my consciousness and I was rushed to an orthopaedic hospital nearby,” said Durga Tiwari, a local present at the protest.

“The Supreme Court has issued a stay order against pulling down the houses arguing that the road widening drive was a direct infringement of the citizens’ right to housing. When I and some of my friends reached the venue yesterday where the houses were being bulldozed in order to gain the information on whose directives it was carried out, we were charged with batons by police officials. My cell phone was damaged in the assault and we were arrested and taken to Balaju Police Station without any charges. They kept us in custody overnight and let us out this morning,” said Rabindra Shrestha, secretary of the Upatyaka Sarokar Manch. 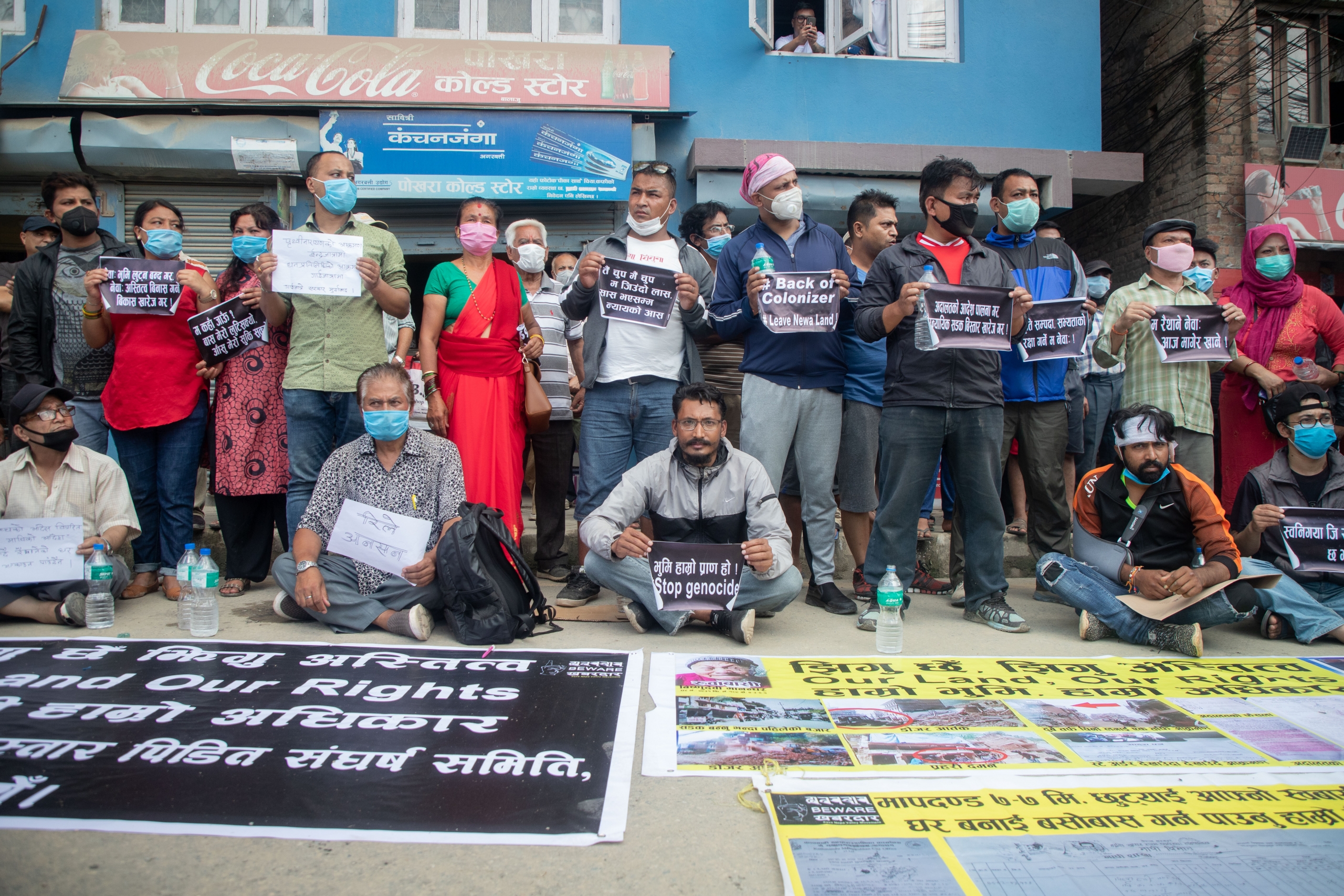 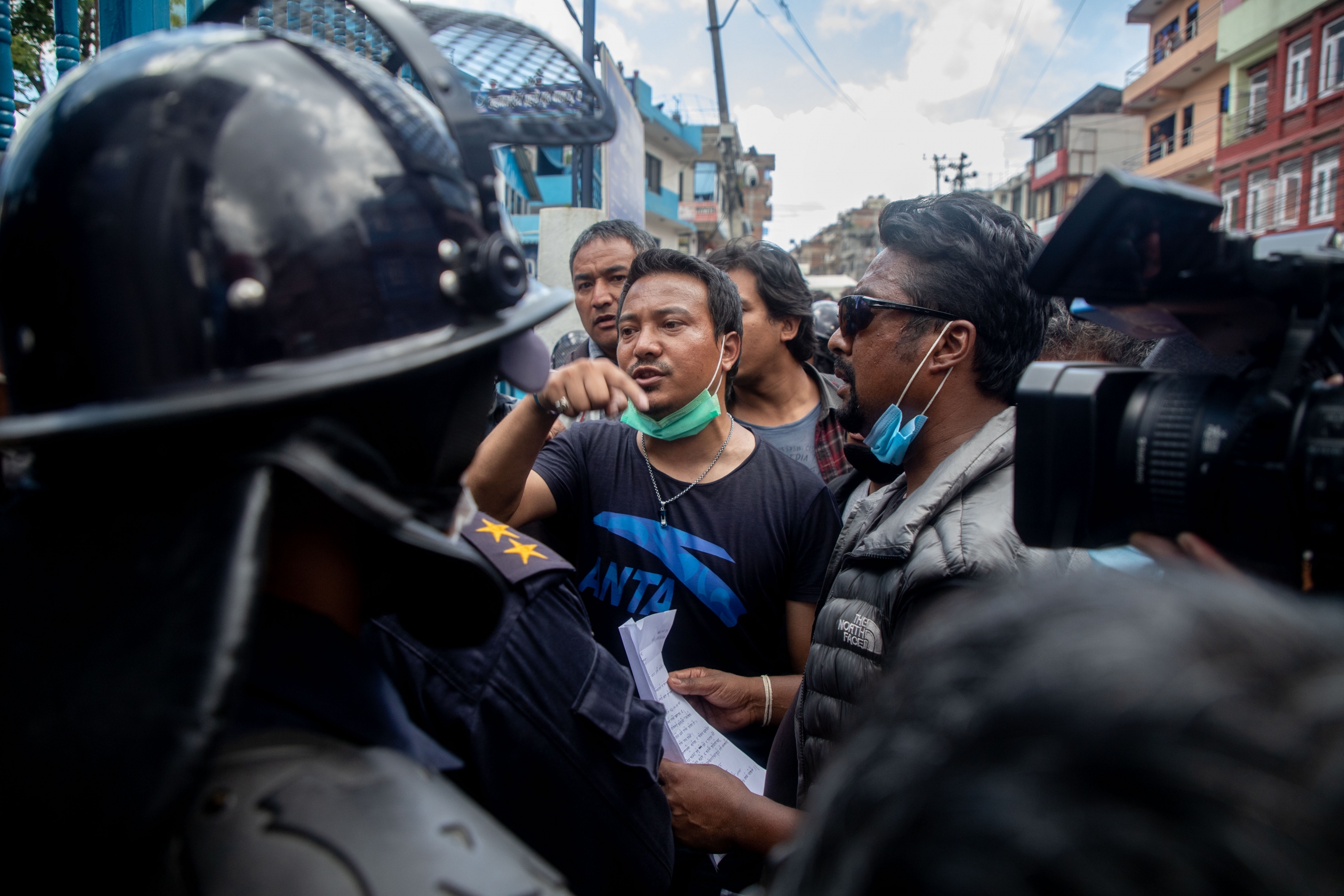 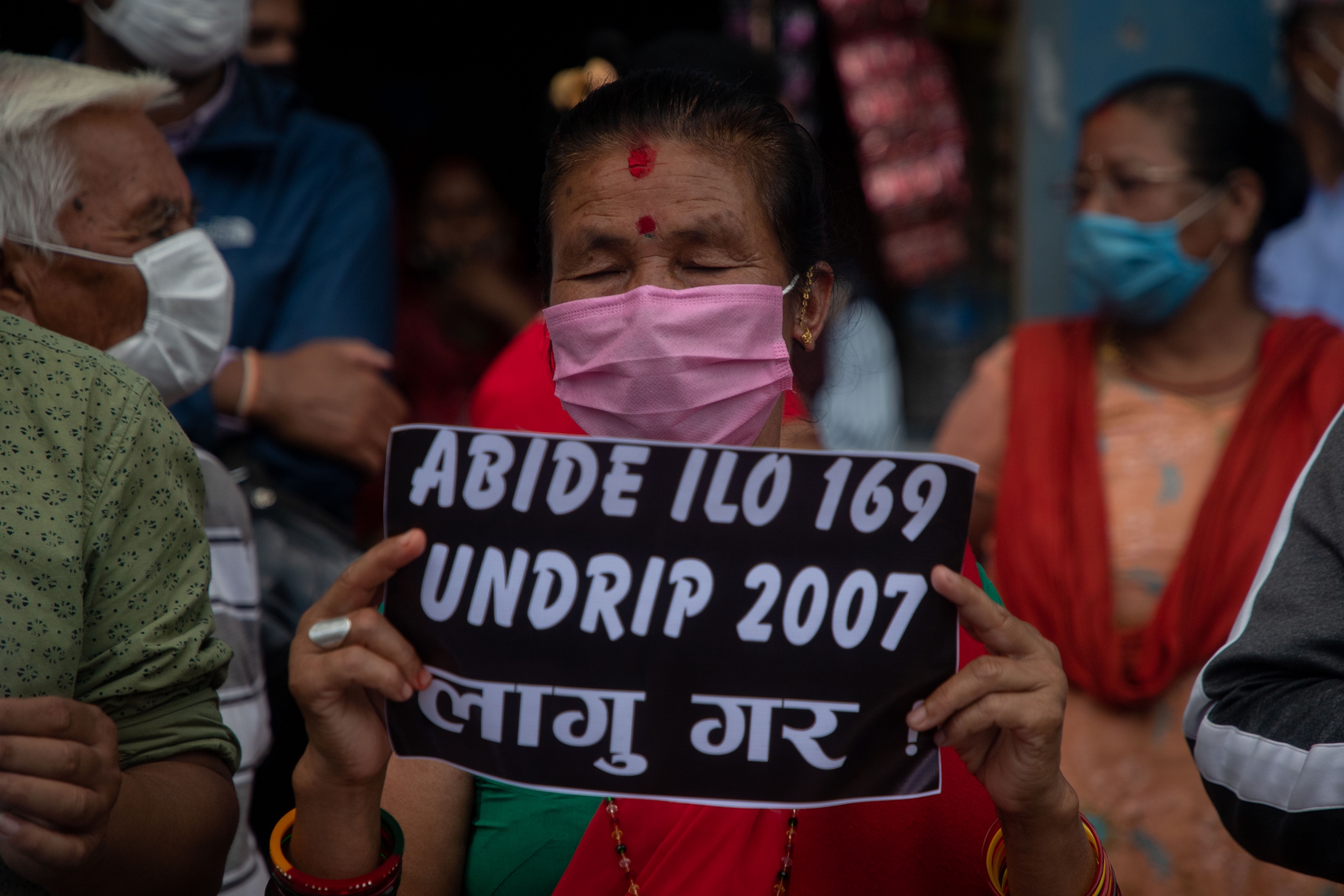 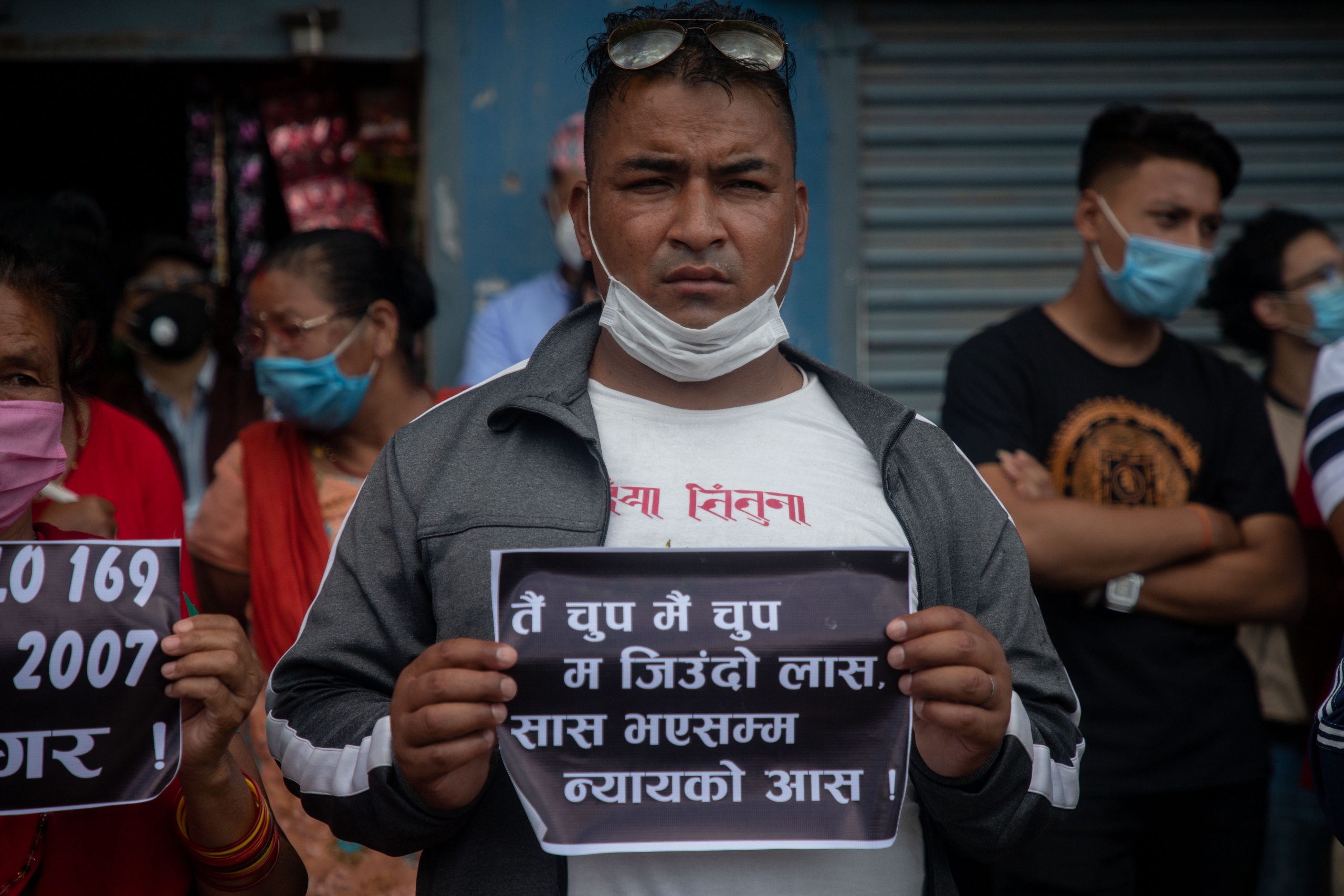 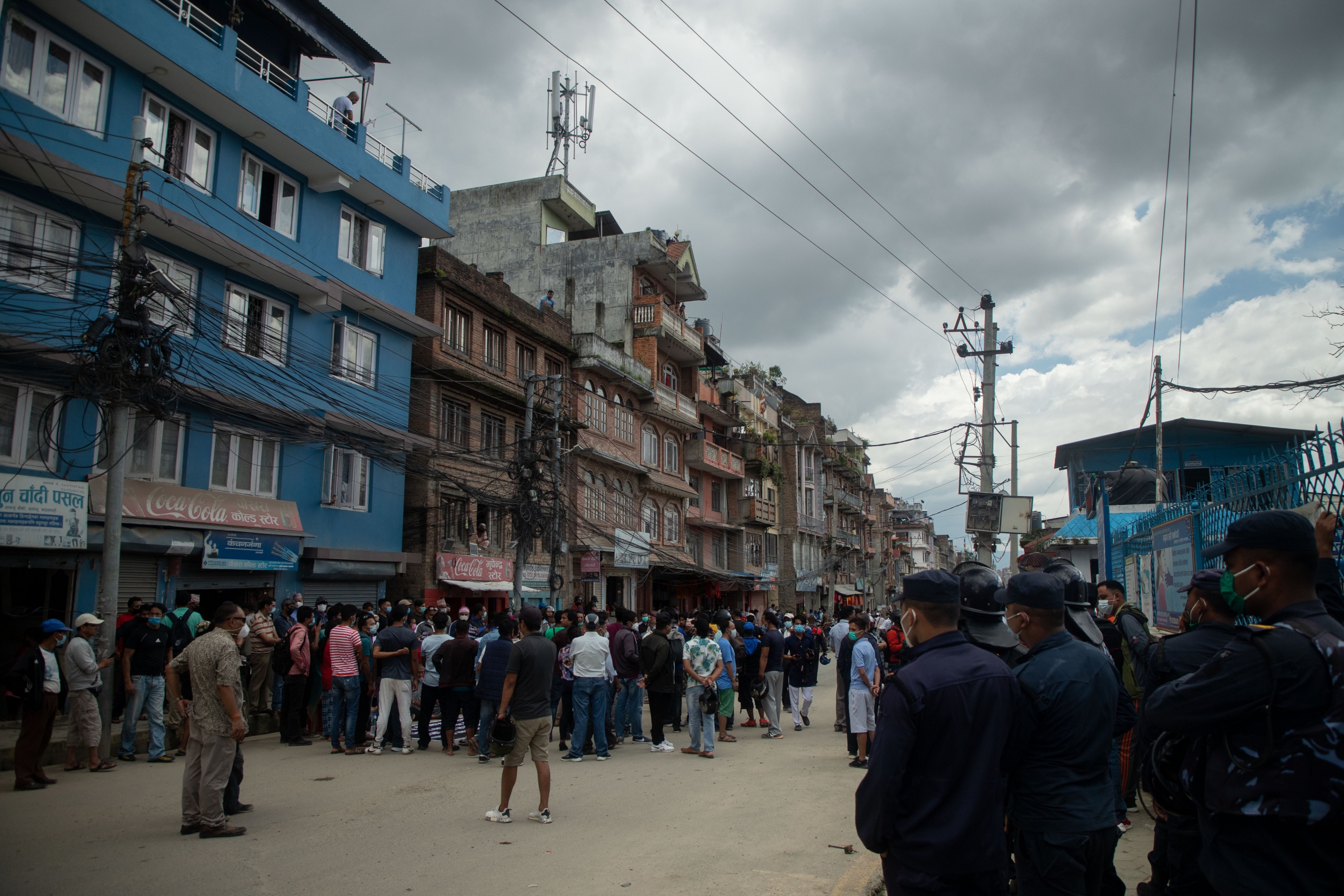 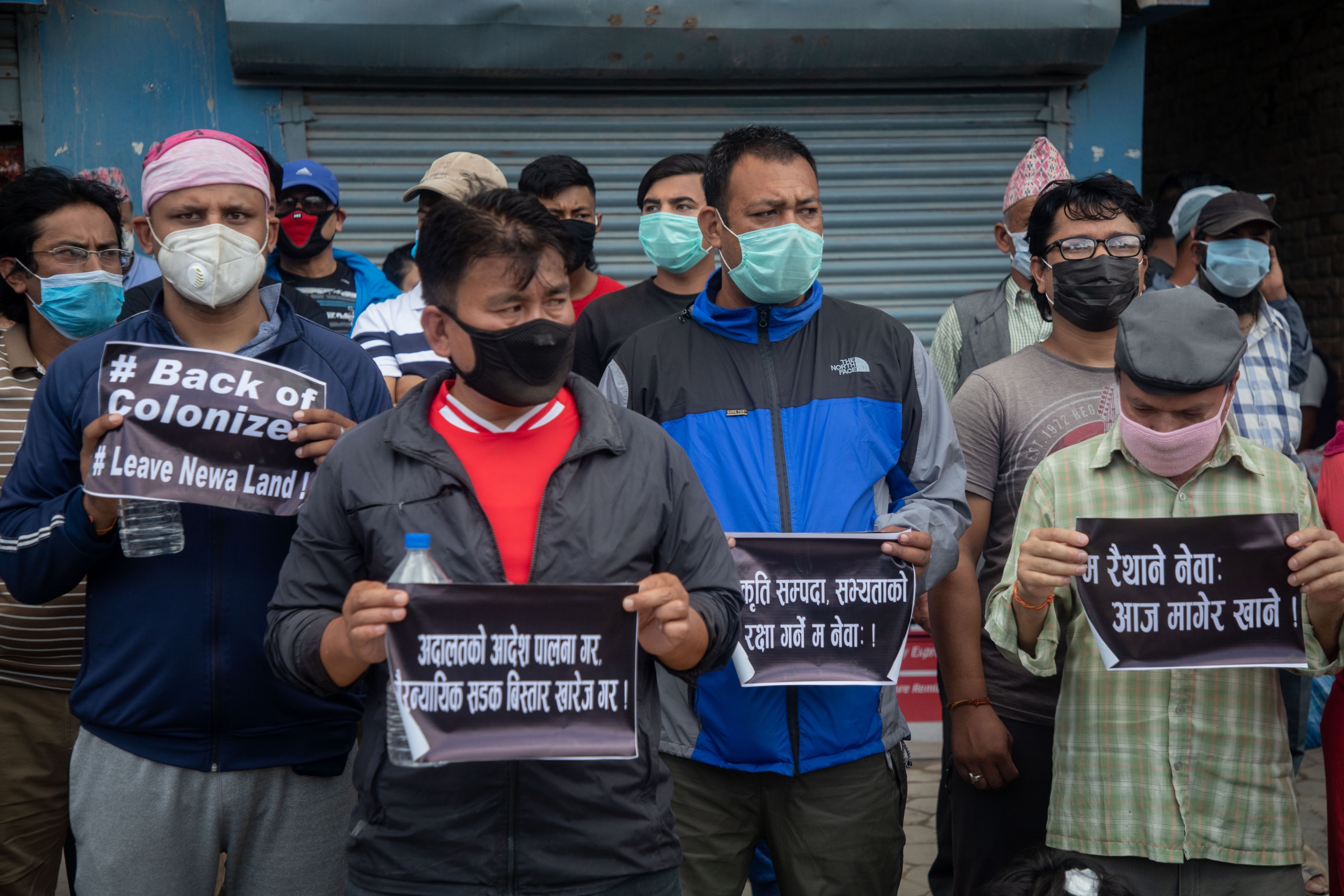