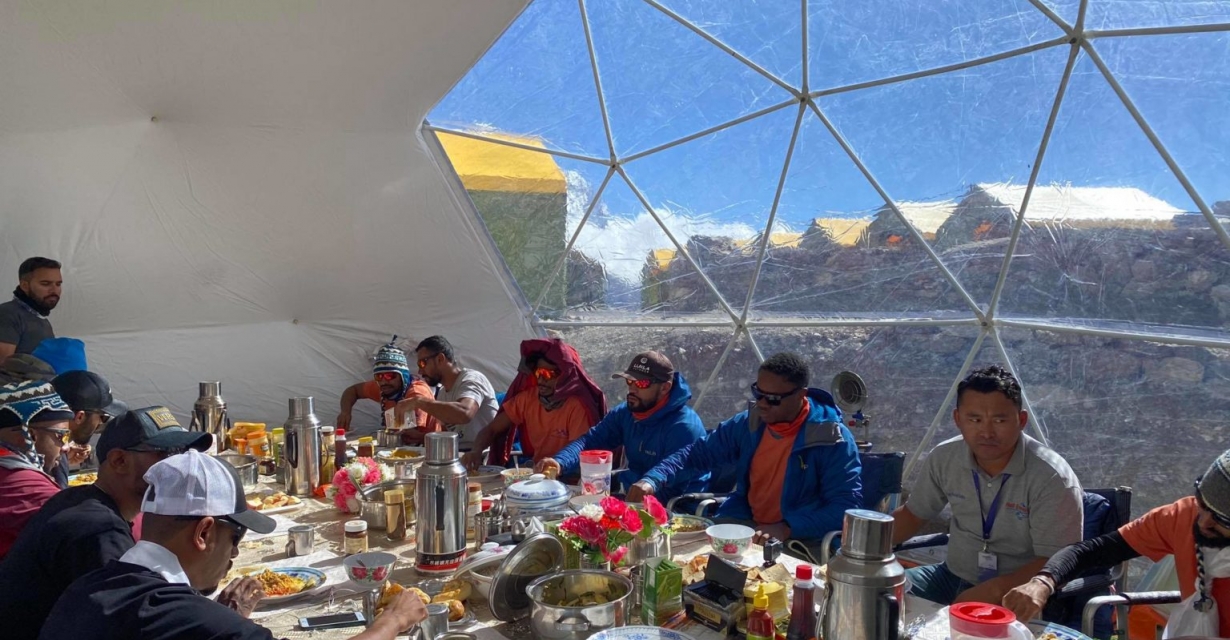 A team of high-profile climbers including the Prince of Bahrain, Mohamed Hamad Mohamed Al Khalifa arrived, at the base camp of Mt Manaslu, on Wednesday to attempt to climb the 8163-metre peak in the autumn season.

According to Expedition Director at Seven Summit Treks, Chhang Dawa Sherpa, the team, which climbed Mt Lobuche in the Everest region for acclimatization last week, will attempt to ascent the world’s eighth highest mountain from October 15 to October 20.

The team arrived at Samagaun of Chumanubri Rural Municipality-1, which lies north of Gorkha, on a helicopter on Tuesday morning. Ward Chair Bir Bahadur Lama said the locals welcomed the team in their traditional attire amid a cultural presentation.

Tashi Lakpa holds the world record as the youngest person to climb Mt Everest without the use of supplementary oxygen, whereas, Sanu is the third Nepali mountaineer to complete all the 14 peaks above 8,000m.

A team of 75 people has already reached Manaslu base camp a week ago to prepare for the ascent.