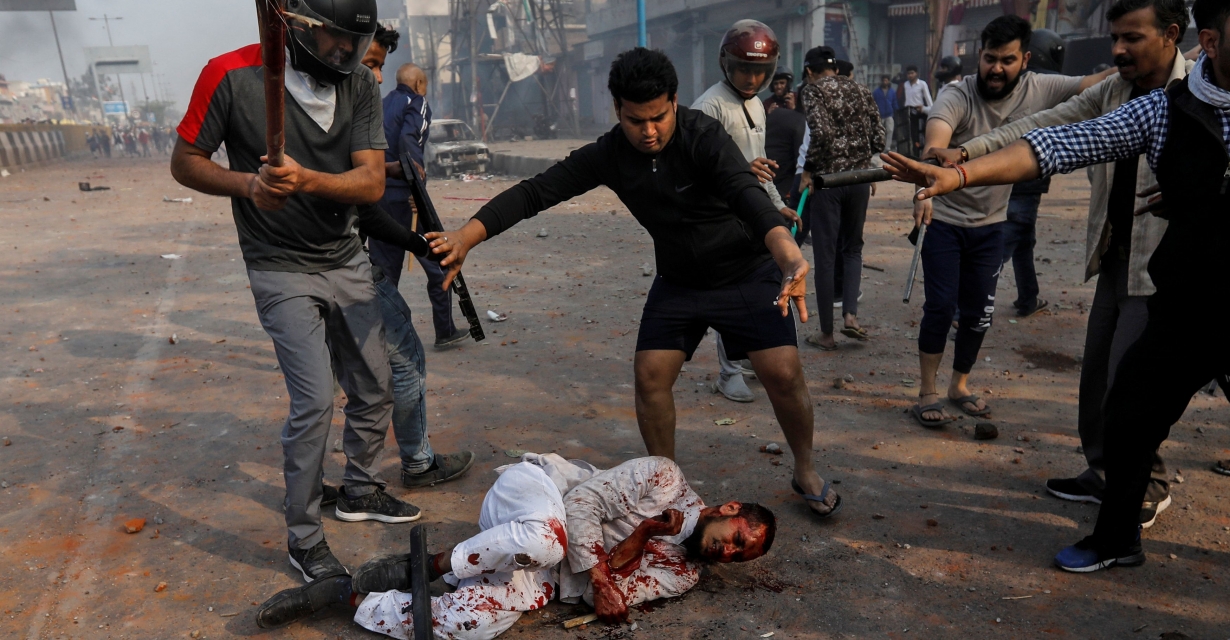 At least seven people were killed and about 150 were injured in clashes in the Indian capital during protests over a new citizenship law, a senior hospital official told Reuters on Tuesday. 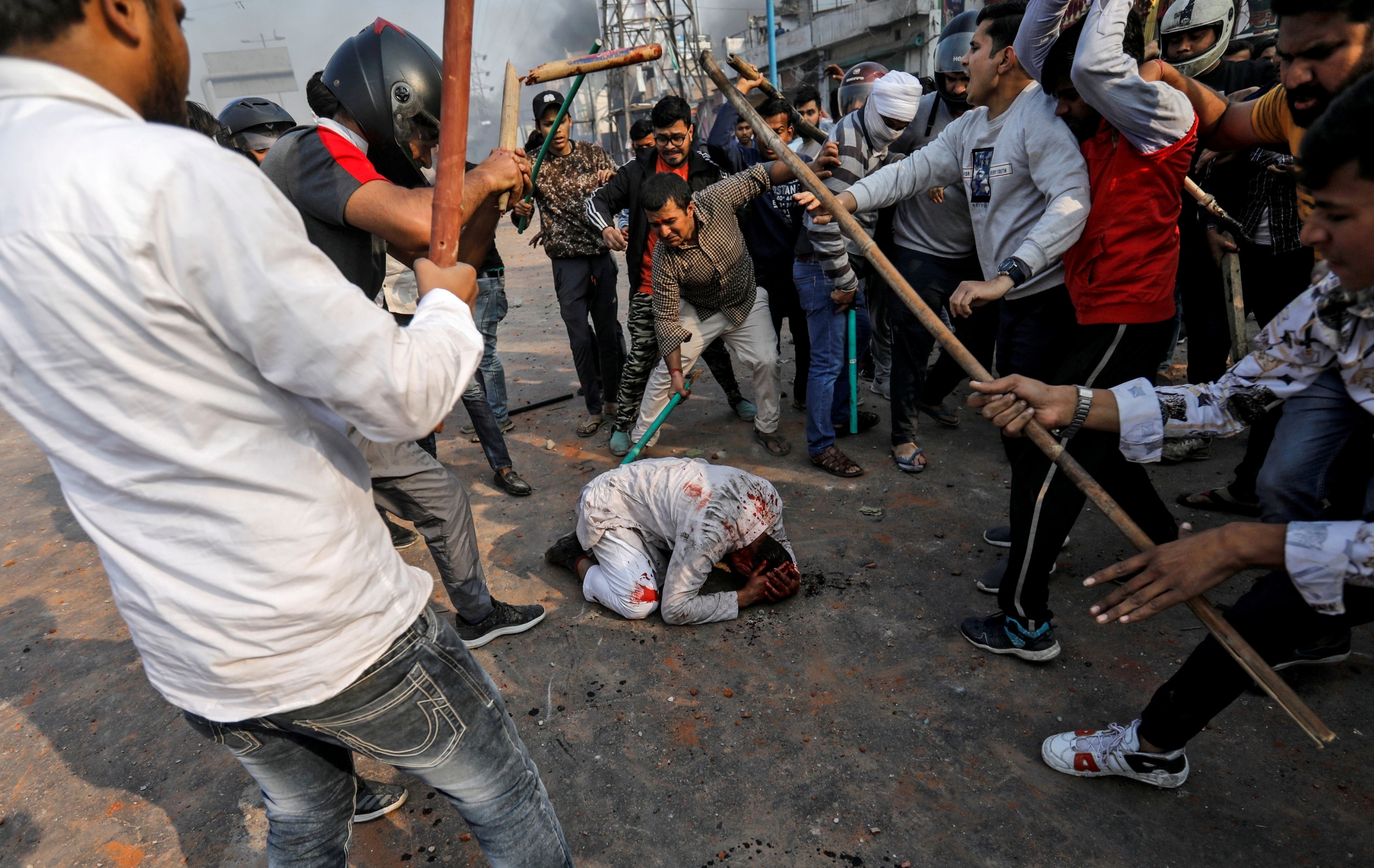 SENSITIVE MATERIAL. THIS IMAGE MAY OFFEND OR DISTURB People supporting the new citizenship law beat a Muslim man during a clash with those opposing the law in New Delhi, India, February 24, 2020. REUTERS/Danish Siddiqui

“Some of the people brought in had gunshot wounds,” Dr Rajesh Kalra, additional medical superintendent at the Guru Teg Bahadur Hospital, said of Monday’s clashes.

The clashes erupted between thousands demonstrating for and against the new citizenship law. Police used tear gas and smoke grenades, but struggled to disperse the stone-throwing crowds. 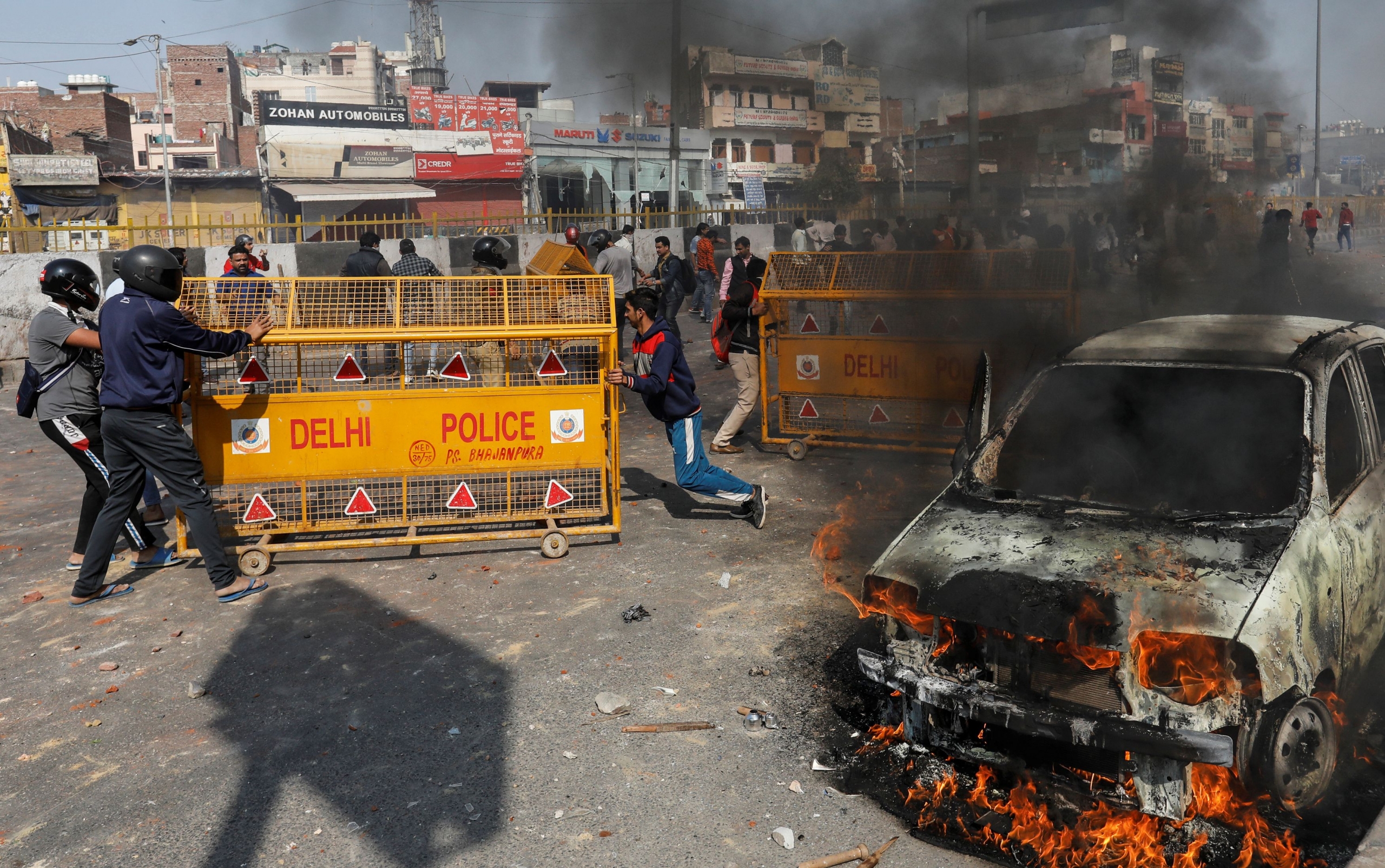 One police constable was among those killed in the violence that erupted just ahead of US President Donald Trump’s maiden visit to the capital city. Trump and Indian Prime Minister Narendra Modi are set to meet for talks on Tuesday at a venue located a few miles away from where the clashes occurred.

Tension in parts of the city remained high on Tuesday with schools remaining shut in some areas, amid news reports of fresh clashes. At least five metro stations in the city were closed. 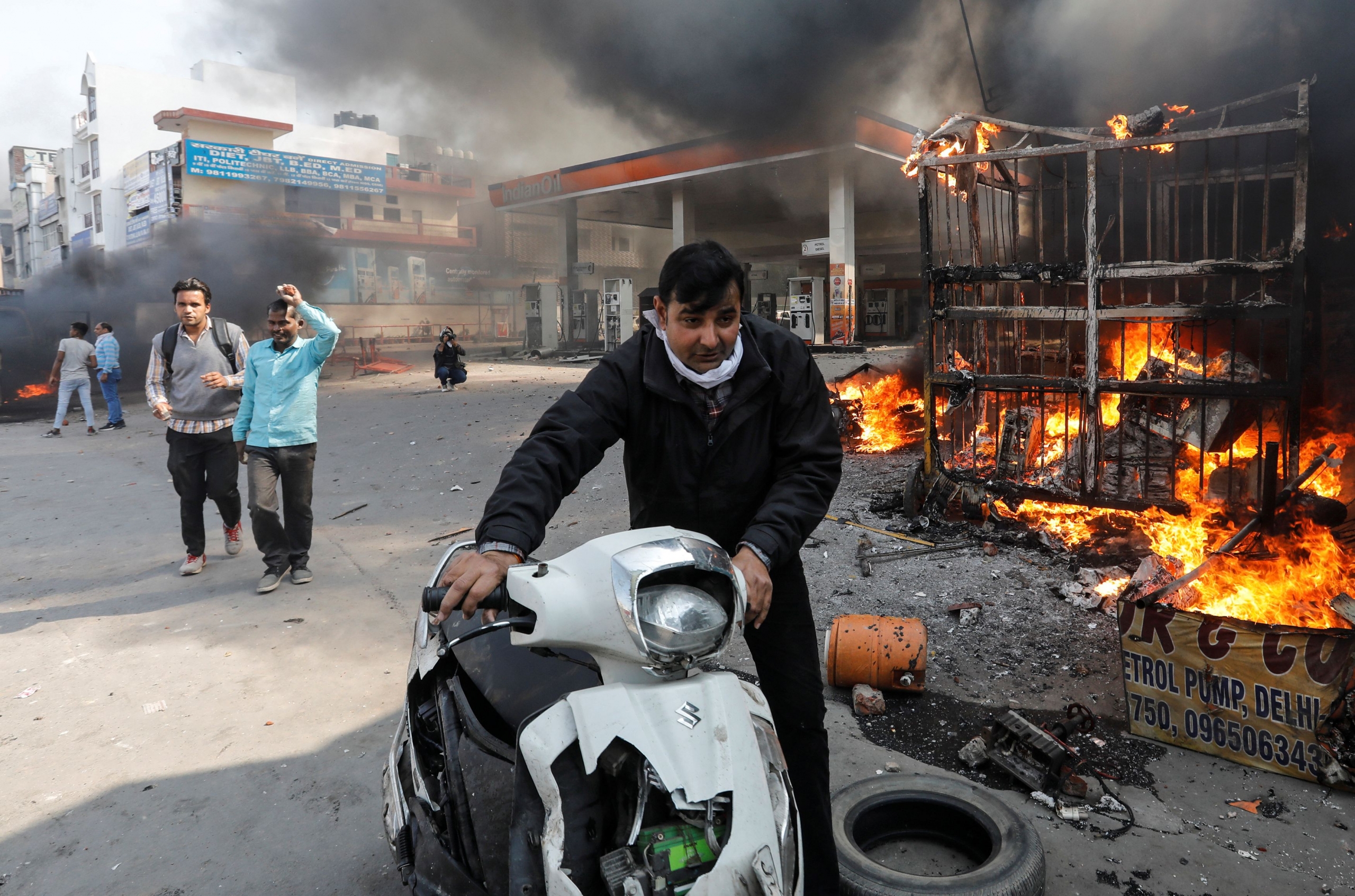 A man pushes his damaged scooter past a burning petrol pump during a clash between people supporting a new citizenship law and those opposing it, in New Delhi India, February 24, 2020. REUTERS/Danish Siddiqui

Monday’s clashes were among the worst seen in Delhi since the protests against the Citizenship Amendment Act (CAA) began in early December. India’s capital has been a hotbed of protests against the law, which eases the path of non-Muslims from three neighbouring Muslim-dominated countries to gain Indian citizenship.

This has led to accusations that Modi and his Hindu nationalist Bharatiya Janata Party (BJP) are undermining India’s secular traditions. The BJP denies any bias against India’s more than 180 million-strong Muslim minority, but objectors have been holding protests and camping out in parts of New Delhi for two months. 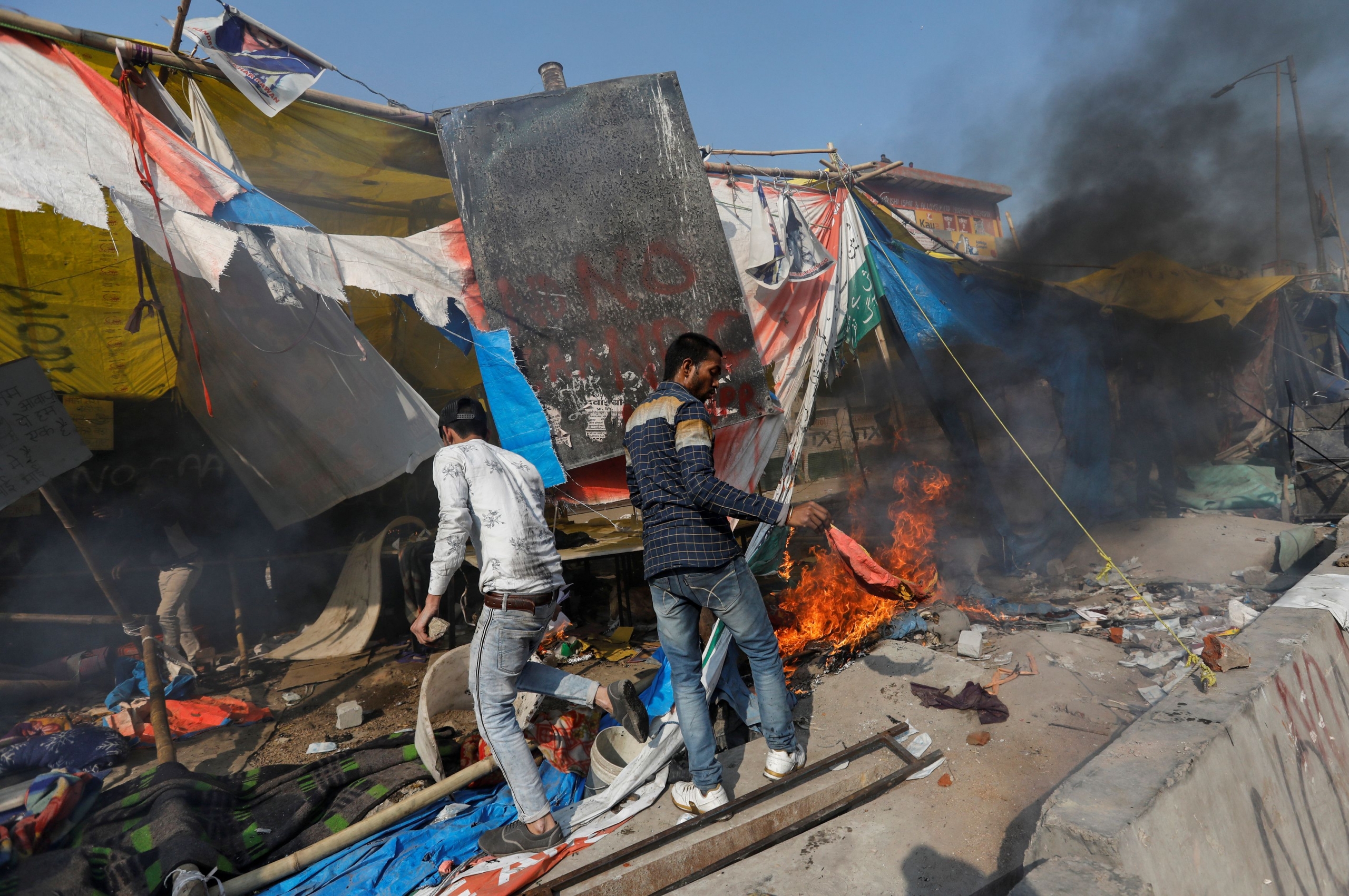