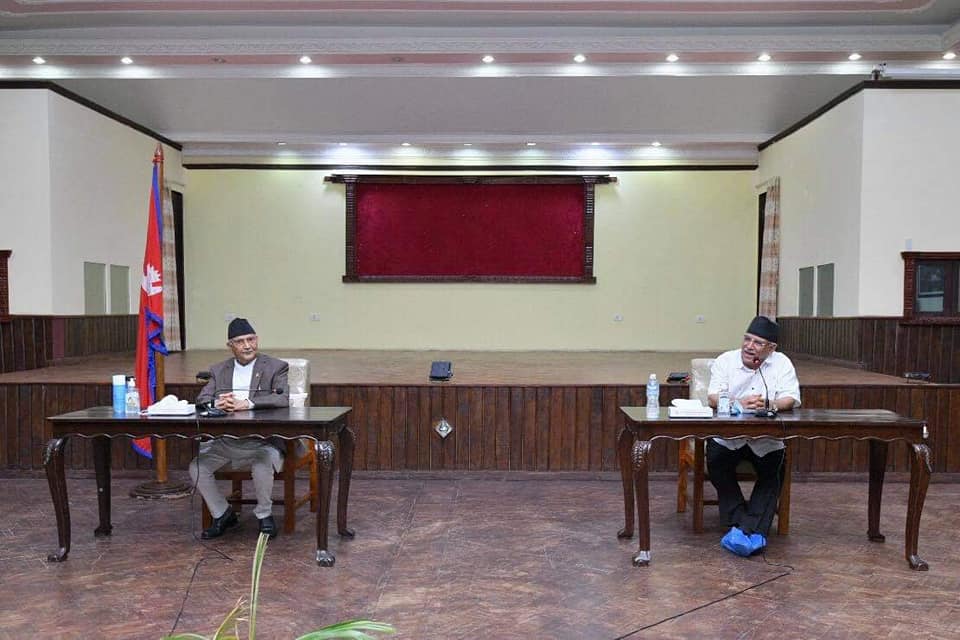 At a time when farmers, the working class, and those living below the poverty line are grappling with the impacts of COVID-19, Nepal Government has failed in providing any kind of relief packages citing lack of financial resources.

All the while top leaders are working relentlessly to increase the number of ministries just so that candidates with political influence can be accommodated. NCP is all set to breakup up some ministries just to add more of them in order to share the spoils, amid a global pandemic. Doing so not only adds to the government’s expenditure, but is also against the constitutional spirit as well as the suggestions of various expert committees formed by the government itself.

The constitution of Nepal allows a Cabinet to have maximum 25 ministers, including the prime minister. At present, two of the 25 ministerial berths are vacant with scores of contenders. The upcoming Cabinet reshuffle is most likely to overrun the provision.

While having jumbo Cabinets to favor influential persons is not something new to Nepal government, doing so certainly adds to the government’s daily expenses.

At present, each ministry incurs an expense of at least one billion rupees annually, and adding the number of ministries as well as staffers will only shoot the expenditure upwards.

Even before the COVID-19 crisis, the Public Expenditure Review Commission had suggested that the government structure and staff be reduced to balance expenditure. Nepal currently has 22 ministries and 57 departments under them, in compliance with the Labor Rules 2074. The Commission, however, has said that more than one ministry and department is involved in similar nature of work.

“This has led to confusion in work division, increased disputes, ineffective coordination and unnecessary expenses,” the Commission has said in its report to the government.

For example, the workload of the Ministry of Energy, Water Resources and Irrigation — one of the ministries proposed to be divided to add ministries — is said to be easy at present. The investment, permission and monitoring of hydropower projects with the capacity of more than 200 MW is done through the Investment Board chaired by the Prime Minister.

Similarly, the responsibility of Ministry of Physical Infrastructure and Transportation is already divided under various departments – small construction projects like road construction are carried out by the Ministry of Urban Development and Building Construction, the Department of Road, Kathmandu Valley Authority, state and local levels.

The commission has pointed out that the problem of duplication and jurisdictional disputes also exists between other ministries and government agencies, adding that the public has to take time to get services and even be deprived of services.

Economists have pointed out that the current (administrative) budget is increasing and the capital (development) budget has been decreasing every year due to lack of focus on reducing administrative machinery and cutting expenses.

Nonetheless, the government has ignored suggestions from experts. Instead of reducing the structure of the federal government and giving authority to the state and local levels, preparations are underway to add more government bodies.

Also, contrary to the recommendations of the Commission, two secretaries have been appointed each in the ministries of finance, energy, forest and environment, education, agriculture and industry, commerce and supply.

Ignoring the Commission’s suggestion to cut-down administrative expenses also adds to the national debt. According to the Ministry of Finance, the government’s debt stands at Rs 1.372 trillion as of July, 2019.

Moreover, the last two meetings of the Council of Ministers decided to take an additional loan of around Rs 27 billion. The loan amount, however, is not to help or provide any relief to the existing problems. As the revenue has to be spent in the current administrative mechanism, the loan amount is taken for rural enterprises and economic development as well as capacity building of airports.