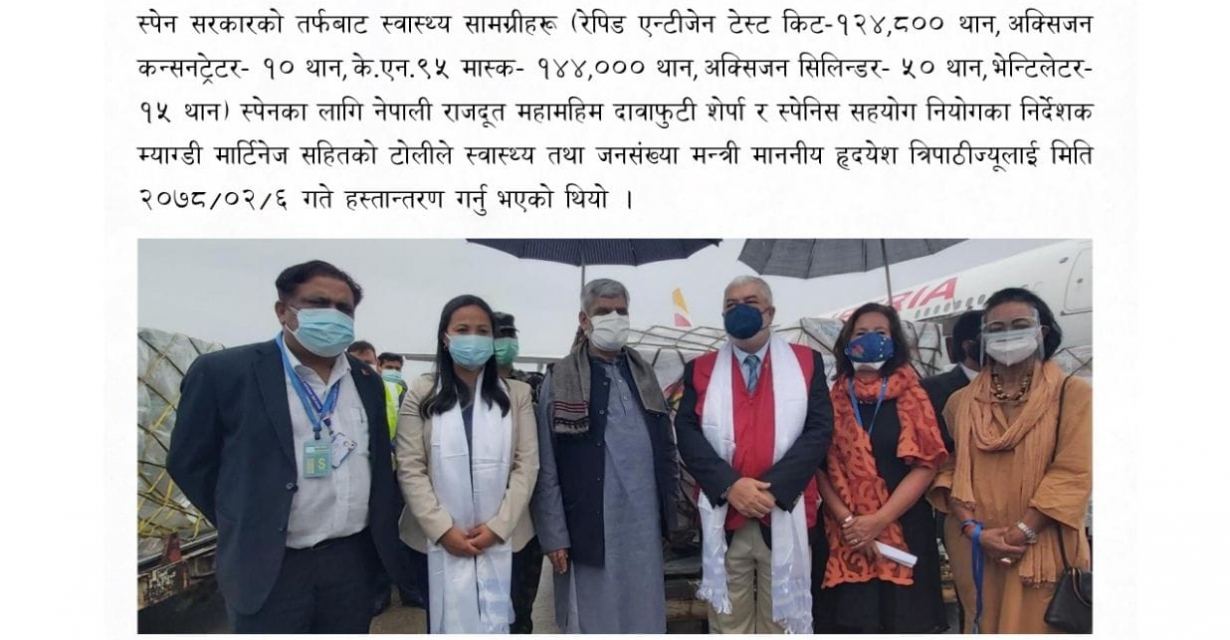 A sovereign nation that thrives on foreign donation: Nepal welcoming billions of dollars in grant with wide arms on the face of COVID disaster
Read Time: 5 minutes

The KP Sharma Oli-led caretaker government is preparing to spend Rs 40 billion from state coffers to hold mid-term polls as it pleads for international help in managing vaccines, oxygen cylinders and medical equipment among other resources to fight COVID-19.

Nepal has received billions worth of grant assistance as well as medical resources from various countries in the past few months.

The government of India has so far provided 1,100,000 anti-COVID vaccines as grant assistance and another grant of USD 4,400,000 to Nepal to fight against COVID-19.

In response to the request of the Government of Nepal amid the recent surge in COVID-19 cases, the Government of the United States of America on Sunday sent a cargo aircraft containing medical supplies, including surgical masks, face shields, and gloves.

According to the Ministry of Foreign Affairs, the support materials — first of the three chartered aircraft arriving within the next two days — were received by Spokesperson for the Ministry of Health and Population Dr Jageshwar Gautam from the officials of the US Embassy and USAID in Kathmandu.

This is in addition to the earlier support received from USAID including 100 units of ventilators, COVID-19 testing facilities and equipment, oxygen-related materials, personal protection equipment and other life-saving medical supplies.

USAID is scheduled to hand over 1,000 oxygen cylinders to the Ministry of Health and Population on Sunday.

The support was provided in response to the request of the Government of Nepal to the Swiss Government for supporting Nepal with vaccines, medicines, equipment and supplies related to COVID-19.

Health Minister Hridayesh Tripathi received the health supplies at the Tribhuvan International Airport on May 20.

According to the European Mission in Nepal, Finland has announced assistance of 2.2 million surgical face masks, 3.5 million FFP2 masks, 52,500 gloves and 30,000 isolation gowns.

Belgium has also announced that it will provide one million surgical masks and 2,000 nasal oxygen devices to Nepal.

According to the Foreign Ministry, China has announced an additional 5 million Yuan worth of medical supplies, with 40 portable ventilators, 20 automated analyzers, 10 DR machines, 20 portable ultrasound machines and 30 anesthesia machines arriving at Tatopani next week.

According to a statement issued by the Ministry of Foreign Affairs on Thursday, the Chinese government has announced that it will send an additional 650 oxygen concentrators, 20,000 oxygen kits and 20,000 oxygen face masks worth 5 million Yuan by the first week of July.

Health supplies including 30,000 liters of liquid oxygen sent by the Tibet Autonomous Region arrived at the Tatopani port on Saturday.

All this assistance was handed over by the representative of the Tibetan People’s Government to Nepal’s Consul General in Lhasa, Nawaraj Dhakal.

Similarly, Tibet has also announced to send 200 ICU beds and 15,000 antigen kits to Nepal as aid.

According to Nepal’s Consul General in Lhasa, Nawaraj Dhakal, vehicles carrying 150 liquid oxygen cylinders are on their way to the border in the first hase. From this, 6,000 cylinders with a capacity of 40 kg can be filled.

As many as 560 oxygen cylinders collected with the help of non-resident Nepalis from Oman in the Middle East arrived in Kathmandu on May 15.

The oxygen cylinders are worth around Rs 7.5 million. 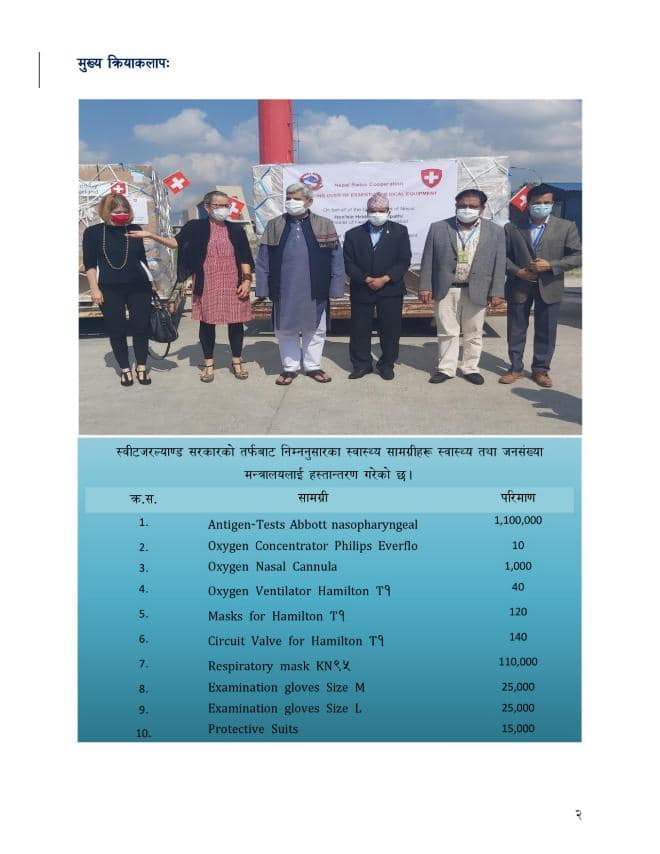