A charter plane of Nepal Airlines Corporation has landed in Kathmandu today afternoon with the vaccine provided by the Chinese government to Nepal as grant assistance.

Out of the one million doses of vaccine grant announced by Chinese President Xi Jinping, 800,000 doses have arrived at the Tribhuwan International Airport in Kathmandu today.

Nepal government had sent an NAC flight to Beijing at 11:00 pm on Monday to bring the vaccines.

As Nepali authorities scramble to secure shots amid a surge in infections that has overwhelmed its rickety health system, Chinese President Xi, during a joint meeting with President Bidya Devi Bhandari on May 26, had announced that China would provide Nepal with one million doses of anti-COVID vaccines.

Besides the vaccines, 40 portable ventilators, 20 automated analyzers, 10 DR machines, 20 portable ultrasound machines and 30 anesthesia machines sent by the Ministry of Foreign Affairs of China for Nepal were handed over at Tatopani yesterday, according to Chinese Ambassador to Nepal Hou Yanqi.

Before that, as many as 800 filled oxygen gas cylinders, 10 oxygen concentrators, 5 ventilators, 200 ICU beds and 15,000 antigen kits donated by Tibet were handed over to Nepali authorities at the Tatopani border port on May 30.

On May 22, Chinese authorities handed over 30,000 liters liquid oxygen to Nepal at the Tatopani border port.

In March, China provided 800,000 doses of the Vero Cell vaccine to Nepal, which also received a million shots of the AstraZeneca vaccine as gift from India.

Nepal began its vaccination drive in January but the campaign has been suspended because of the lack of vaccines after New Delhi said it was unable to provide additional shots due to its domestic needs.

China and India jostle for influence in Nepal, a natural buffer between the Asian giants, and both have been giving away COVID-19 vaccines as part of a diplomatic push to strengthen ties with neighbours and countries further afield.

Nepal has also procured one million shots of vaccine in a commercial deal with the Serum Institute of India, in addition to 348,000 jabs it received under the COVAX initiative.

The country has administered at least 2,706,835 doses so far, as per government data.

Nepal has been hit by a sharp surge in COVID-19 cases since early April.

The government reported 4,178 cases of coronavirus infection and 114 deaths in the country on Monday, including 1,263 in Kathmandu valley. 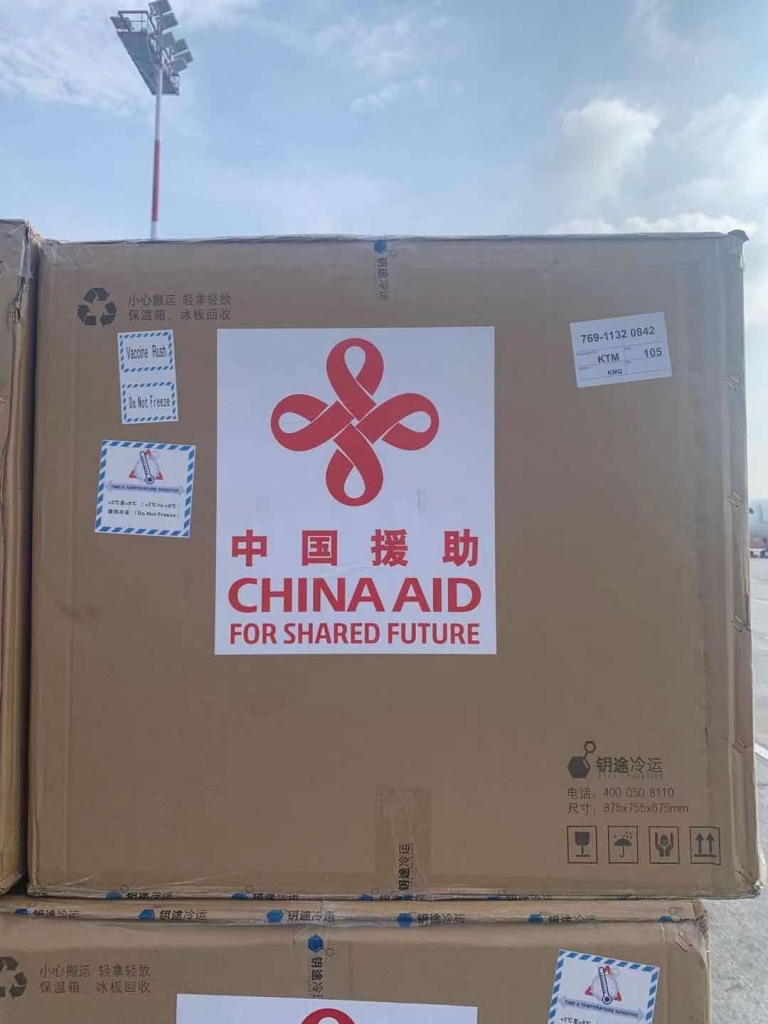