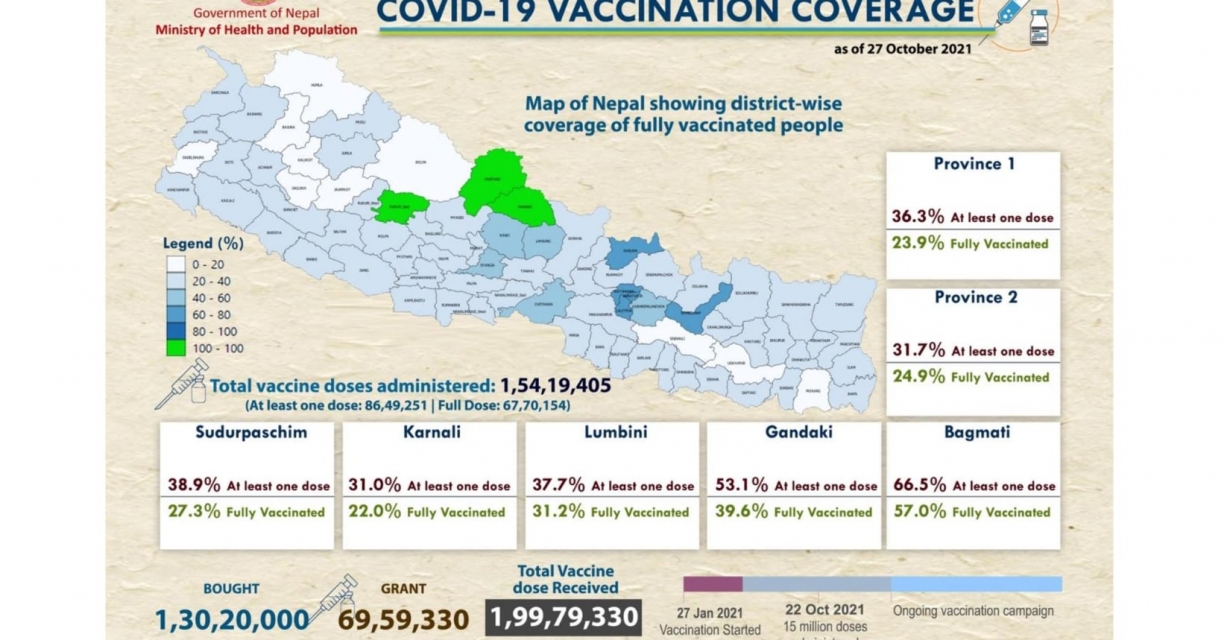 The government has administered over 15 million doses of vaccine against COVID-19 to the target population across the nation as of Wednesday, according to the Ministry of Health and Population (MoHP).

Similarly, target groups in Rukum East, Manang and Mustang districts have already been fully vaccinated, said Dr Adhikari, adding that Nepal has so far received 19.9 million doses of vaccines from various countries. Of which 13 million doses were purchased and 6.9 million were received as grant assistance.

Meanwhile, As many as 1.20 million additional doses of Vero Cell vaccines arrived in Nepal from China on Wednesday. According to the Department of Health Services, the vaccines were provided to Nepal under the COVAX facility to control the spread of the COVID-19.

The department’s Director General Dr Deependra Raman Singh said the vaccines have been stored at the Teku-based cold room. Prior to this, Nepal received 100,620 doses of Pfizer vaccines under the COVAX facility from the United States of America on Monday.