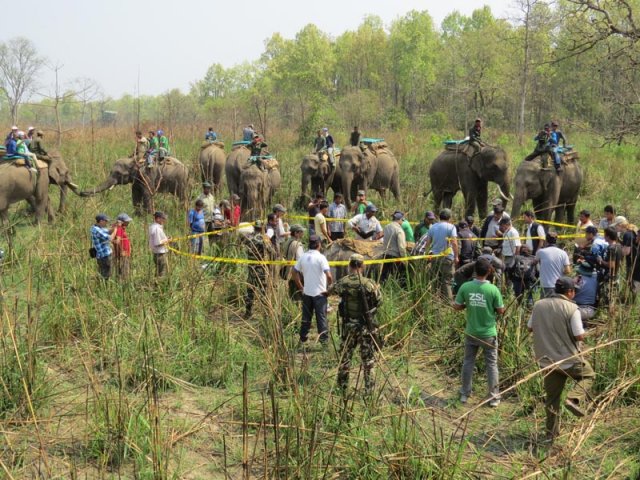 14 charged with poaching rare one-horned rhinos, 25 others on the run
Read Time: 2 minutes

The Chitwan National Park (CNP) has arrested as many as 14 people on the charge of killing one-horned rhinos and smuggling rhino horns from the park. Organising a press meet on Wednesday, CNP made public the people arrested on various dates since December 18.

Ananath Baral, Chief Conservation Officer at CNP informed that the authorities had made changes in their regular strategies and started searching for the poachers after the increase in poaching incidents this year. The national park, Batuk Dal Battalion of Nepali Army mobilised for the park’s security, and Central Investigation Bureau (CIB) of Nepal Police took the accused into custody from various locations of the country.

Authorities arrested Shiva Narayan Mahato (42), also known as Palla, from his home in Kawasoti Municipality-7 of Nawalparasi; Jit Bahadur Kumal (49) alias Rana Bahadur, and his wife Indra Maya Kumal of Shyalbas in Bharatpur Metropolitan City-28, from Chormara of Nwalpur; Hari Prasad Tharu (35) and his wife Bishnu Maya Gurung of Banke, from Ittabhatta of Gaindakot Municipality-1 in Nawalpur; Suk Bahadur Gurung alias Ashok Gurung, and a person known as Kale (32) of Gaindakot-1, from Gorkha.

Based on the statements provided by the arrestees, seven others were also found involved in the latest killings of the rhinos and are being searched by the authorities, CNP said during the press meet. Meanwhile, the national park has also disclosed that leads have been discovered in old cases of rhino poaching, following which multiple arrests have been made.

After the investigation and statement from the arrestees, additional 18 persons found involved in old rhino poaching cases are absconding, and search for them is on, added Baral.

Meanwhile, authorities have also confiscated two muzzleloader guns, a vehicle, a motorcycle, 23 bundles of fake money made out of newspaper cut-offs, and six bank vouchers worth Rs 4.1 million from the poachers.

Among the arrested, Jit Bahadur Kumal was reportedly involved in rhino poaching five times, Suk Bahadur Gurung two times, Birman Singh Praja three times, and it has been revealed that they were also involved in smuggling rhino parts for a long time.

Cases have been filed against the arrested persons under the National Parks and Wildlife Conversation Act, 1973 and they were presented before the District Court, Nawalpur on Wednesday. 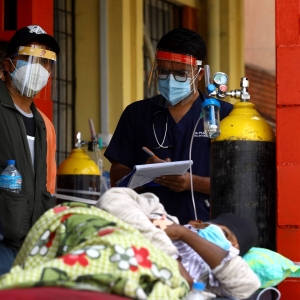