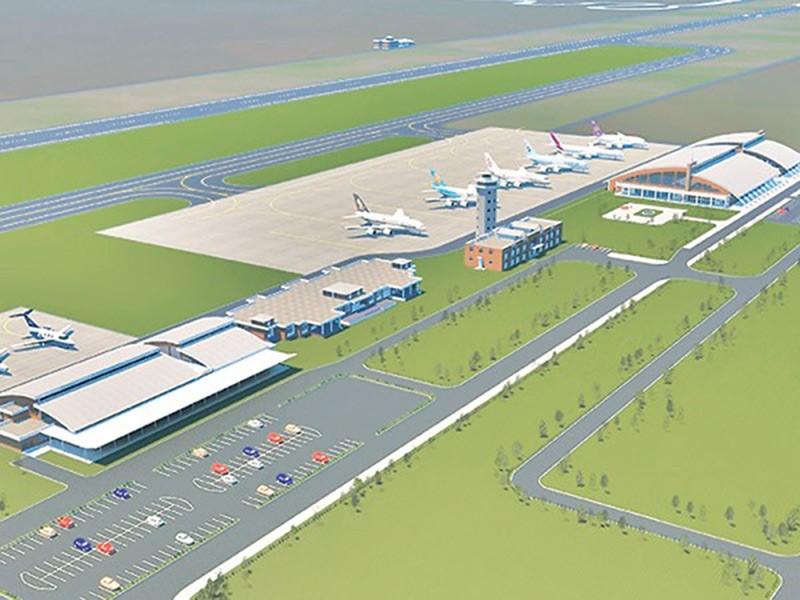 Switzerland’s Zurich Airport International AG has failed to submit a proposal for the construction of Nijgadh International Airport within the September 30 deadline issued by the Government of Nepal.
As Zurich did not submit its proposal within the deadline, the mega project has been pushed into uncertainty.

Nepal Government had given Zurich a second deadline of September 30 to submit a proposal for the construction of the airport. However, Zurich said it could not submit a proposal to the Office of the Investment Board, Nepal citing the negative impacts of COVID-19 on aviation sector around the world.

Dharmendra Kumar Mishra, Spokesperson for the Investment Board Nepal said, “We have received an email from Zurich saying that they were unable to submit the proposal within the deadline due to COVID-19.”
Further course of action will be decided by the Investment Board headed by the Prime Minister, informed Secretary at the Ministry of Culture, Tourism and Civil Aviation, Kedar Bahadur Adhikari.

Reports claim that though the company cited COVID-19 as the reason, Zurich was reluctant in submitting its proposal due to the controversy surrounding the Environmental Impact Assessment (EIA) of the proposed international airport.

As two cases – relating to the felling trees for the airport’s construction and EIA – are pending in the Supreme Court, sources say Zurich was awaiting the court’s verdict in the cases before furnishing its proposal to construct the international airport which is estimated to cost more than Rs 400 billion.

Environmental and social activists Vijay Kumar Singh Danuwar, Krishna Prasad Bhandari, Dwarikanath Dhungel, Chiranjeevi Bhattarai, among others, have filed a petition at the Supreme Court alleging that cutting down hundreds of years old trees in millions for the airport’s construction would lead to irreversible environmental destruction.

Whereas, Senior Advocate Prakash Mani Sharma, Advocate Padam Shrestha and others have filed separate writ petition seeking scrapping of the Environmental Impact Assessment stating that the EIA was substandard and a ‘ditto copy-paste of some other projects’.

As the cases are pending, the Supreme Court had earlier issued an interim order not to proceed with the cutting down of trees for the airport’s construction for the time being.

The KP Sharma Oli-led government had selected Zurich, disqualifying six other construction companies, for the construction of Nijgadh International Airport as a project of national pride.

The government, in its policy and program for the current fiscal year, had mentioned that the construction of Nijgadh International Airport will be commenced this year. While then Tourism Minister Rabindra Adhikari had prioritized the airport’s construction as a “game-changer project”, incumbent Tourism Minister Yogesh Bhattarai has also followed suit.