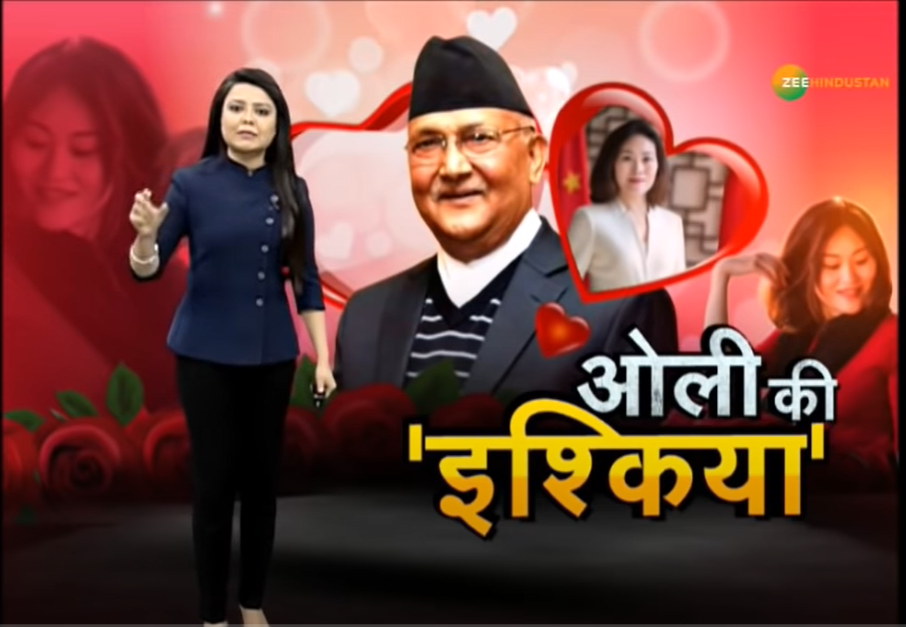 A false and fabricated news report by Zee News (Bihar and Jharkhand) alleging a relationship between Prime Minister K P Sharma Oli and Chinese Ambassador to Nepal H.E. Hou Yanqi is circulating within social media, and signals a new low for the media company.

The media report, which distastefully links Nepal’s PM K P Sharma Oli to the Chinese Ambassador in Nepal, is baseless, void of facts, and severely detrimental to trilateral relations between Nepal, China, and India.

It also comes at a time when the Indian government is involved in heightened territorial disputes with both Nepal and China.

However, it is not the first time that Indian media has been criticized for its news coverage either in, or about Nepal.

Back in 2015, #GoHomeIndianMedia was trending after Nepalis witnessed Indian media’s insensitivity during their coverage of the April 2015 Earthquake in Nepal. In May, 2020, after Nepal published a revised political map which covered areas which included Limpiyadhura, Lipulekh, and Kalapani as its own, Indian journalist Arnab Goswami in an interview with lawmaker Minendra Rijal and others, had alleged China’s role in Nepal’s new map, yet again without facts and evidence. The journalist, who was severely criticized for his baseless allegations, had completely disregarded diplomatic relations between the two nations during the interview.

Beyond territorial dispute, Indian media (and the public) also need to be called out on its reports for its sexist nature. The distasteful video labeled Nepal ‘VVIP Honey Trip Kanda’ claims PM Oli has been ‘mesmerised by Yanqi’s eyes (physical features), and goes to the extent of presenting a doctored collage of images with fake audio clips in the background. It suggests, China has access to photos/videos (without evidence), and that PM Oli has been gripped by the Chinese Ambassador’s ‘beauty’.

It is also important to note that earlier, when actor Manisha Koirala had expressed her support for Nepal’s new map, she had been subjected to similar sexist remarks/reports.

This is not the first time Indian media has linked PM Oli with the Chinese Ambassador – speculations about PM Oli’s resignation has been rife, especially since the onset of the intra-party dispute within Nepal Communist Party. However, the doctored clips, utter disregard for diplomatic relations, and sexist remarks signal a new low for Indian media – or the whole media fraternity in general for the extent they could go to prove manipulative narratives. It also highlights the need for media consciousness within the public.

The video report by Zee News (Bihar and Jharkhand) has also included video clips from the #EnoughIsEnough movement, suggesting the protesters were against Oli for publishing Nepal’s revised map. 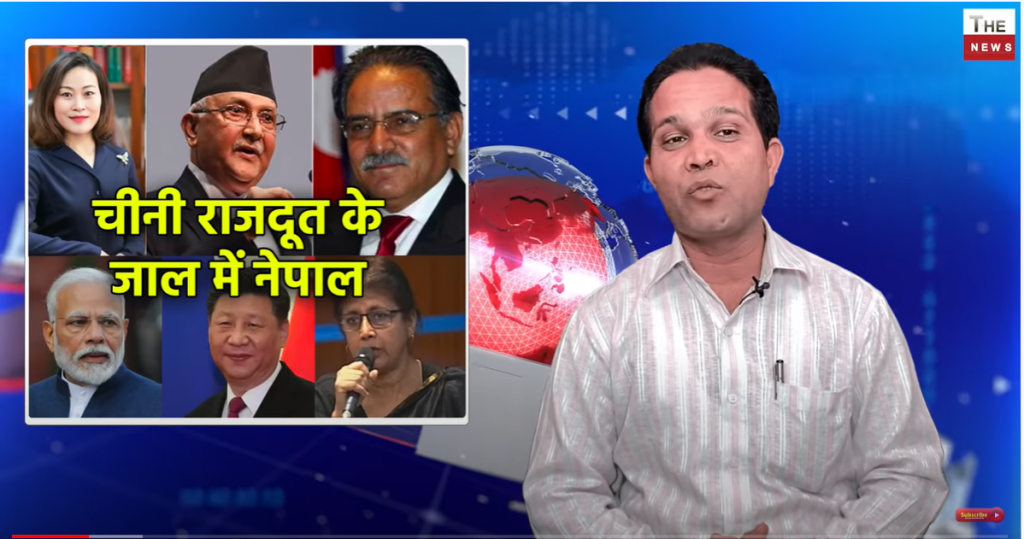