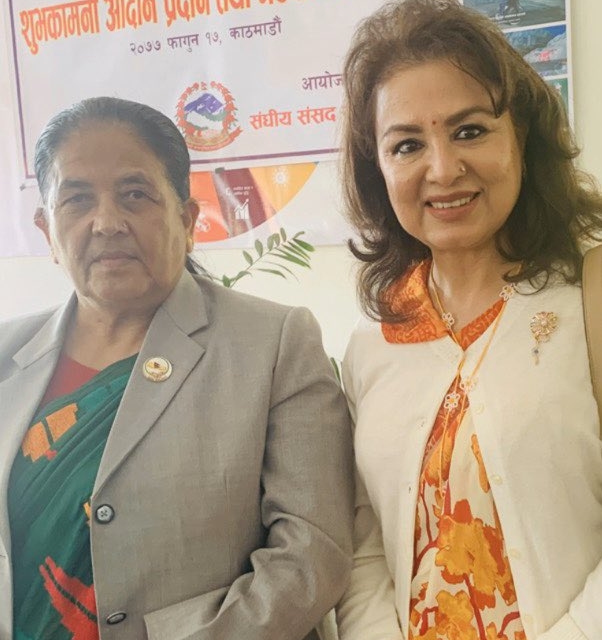 National Assembly Vice-Chairperson Shashikala Dahal on Monday held a discussion with women’s rights activists and media persons about ways to reduce incidents of violence against women in the country and to effectively implement prevailing laws against gender-based violence.

Speaking at a program organized by the Federal Parliament Secretariat at Singha Durbar ahead of International Women’s Day, Dahal expressed her interest in understanding how the National Assembly could play a role in reducing violence against women and other incidents of gender-based violence.

On the occasion, women’s rights activists suggested that special initiatives be taken to monitor the implementation of prevailing laws when dealing with issues of gender-based violence.

Rights activist Bandana Rana said that presence of women in decision-making levels played a crucial role in every effort being made to address women’s issues, end discrimination and bring them to leadership.

Journalist Babita Basnet said that although there were sufficient laws to address violence against women and to take action against the culprits, such incidents continued unabated as the implementation side was weak.

Journalists who participated in the program said that it was sad that women who were subjected to violence and injustice could not speak even when they were discriminated against, property laws are not implemented and women are openly harassed on social media.

They added that the trend of harassing women by making or threatening to make their personal issues public on social media was on the rise and suggested that social media platforms like YouTube should be monitored separately.

Meanwhile, National Assembly Vice-Chair Dahal expressed her commitment to implement the suggestions, with regards to reducing violence against women, implementing laws and making people-friendly laws, received during the discussion.