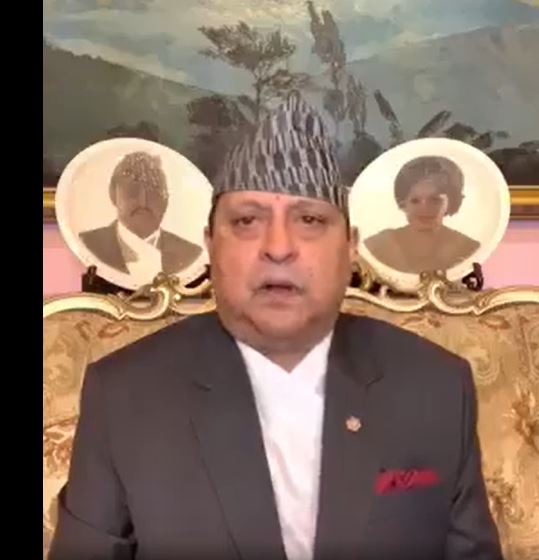 The former King of Nepal, Gyanendra Shah has publicly criticized the controversial citizenship bill in his latest video which was for wishing the general public ‘an auspicious Dashain’.

In the video, he said that we are putting our nation and nationality at stake and are in immediate need of a strong governance and in dire need of divine consciousness to bring Nepal back to its former glory.

He stated that ‘we are cornering real Nepalis by bringing in outsiders’, indicating the citizenship bill. He indirectly addressed the increasing amount of youths migrating and marrying abroad.

“Our religion, culture, and civilization of Nepal which is already fragile as the country lies between two giant countries have been fatally attacked time and again. Meanwhile, the scheme of welcoming outsiders and cornering real Nepalis are getting worrisome.”

He said that we ourselves are accelerating the destruction of our culture and history as foreign policy becomes unbalanced, and national interest and security are becoming endangered.

“Widespread corruption has led society and the system astray. While trying to fix our constitution, our entire nation is in danger,” said Shah.