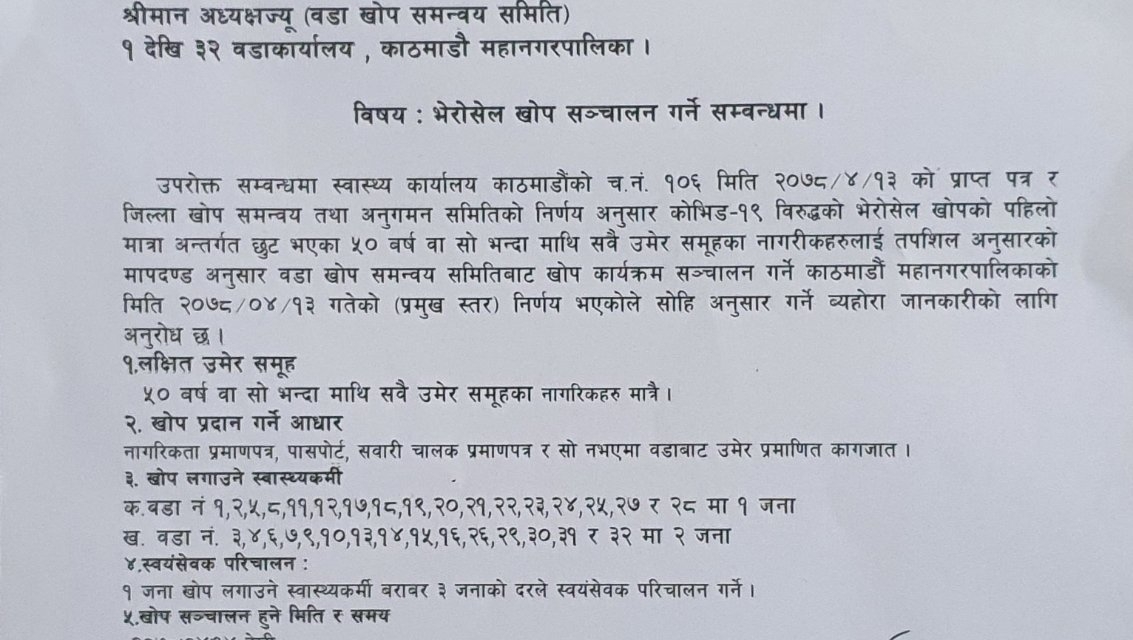 Vero Cell being administered to everyone above 50 years of age in Kathmandu
Read Time: 3 minutes

The Kathmandu Metropolitan City (KMC) has started to administer Vero Cell vaccines to all citizens above 50 years of age from today.

Eligible candidates must bring along a certificate of citizenship, passport, or driver’s license as ID to get the jab.

Six and a half months into the vaccination drive, Nepal has fully inoculated five percent of the total population whereas 11 percent have received their first shot.

Nepal has so far received 2.348 million doses of various anti-COVID vaccines through aid and procurement process.

Among the two million doses of vaccines purchased from the Serum Institute of India, one million is expected to arrive in Nepal by mid-August.

Earlier, Nepal had received 800,000 doses of Vero Cell vaccines as grant from the Chinese-state owned company, Sinopharm. Later, the Chinese government added one million doses of the vaccine to the grant.

The government has also purchased four million doses of Vero Cell vaccines from the Chinese company. Apart from this, China has announced to grant additional 1.6 million doses to Nepal.

According to the Health Ministry, preparations are underway to procure six million doses of anti-COVID vaccines from China.

COVAX has announced plans to provide 11.3 million doses of vaccines to Nepal with an aim to vaccinate 20 percent of the country’s total population.

Similarly, the government of Japan has announced to provide 1.6 million doses of Astrazeneca vaccines as a grant to Nepal by September. The vaccines will be administered to 1.3 million senior citizens and others who have yet to get their second for more than seven months now.

The government is also reportedly preparing to procure six million doses of Pfizer vaccine from an American company to vaccinate citizens between the ages of 12 and 18. 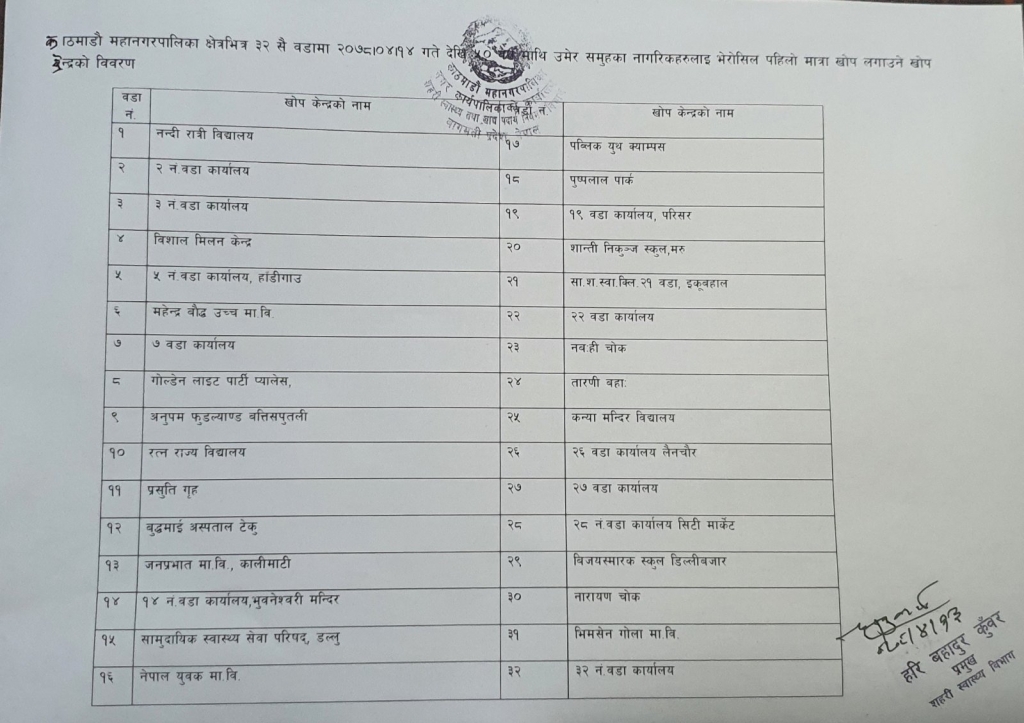