Raut was released this afternoon after the Chief District Officer of Kathmandu Janak Raj Dahal ordered the police to do so. 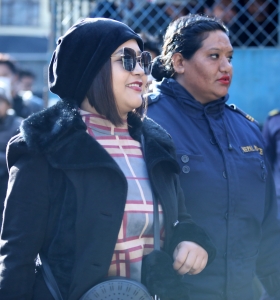 Raut posted a bail of Rs 4,000 for her release. Raut had surrendered to the police yesterday morning.

Talking to the media after her release, Raut praised Nepal Police for their decent behavior while she was under arrest.

“I had misunderstood the police force before. I now feel that police are infact people’s friends. The mistake was on my part,” said Raut. 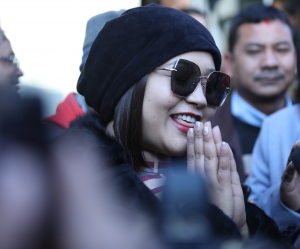 An on-duty police constable, Ramita Shrestha, had lodged a complaint against Raut accusing the latter of misbehaving with her during a security check at the Tribhuvan International Airport last week.

Yesterday, the DAO Kathmandu had allowed the police to remand Raut in custody for four days on the charge of ‘indecent behavior’.

In her complaint, Shrestha has claimed that Raut misbehaved her using abusive words during a security check.