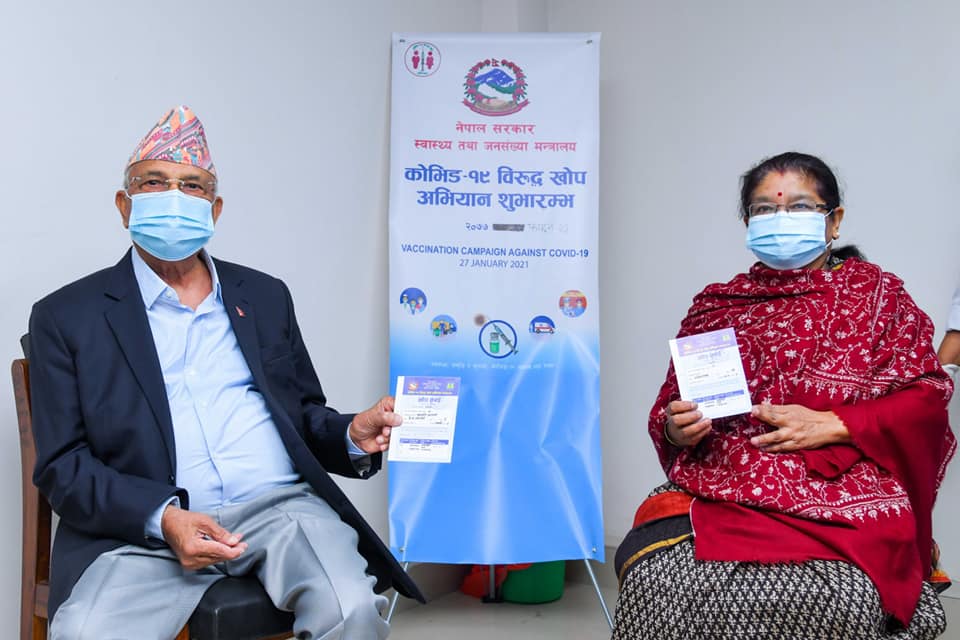 Second phase of vaccination drive kicks off, only elderly above 65 years being inoculated
Read Time: 3 minutes

Prime Minister KP Sharma Oli has kicked off the second phase of vaccination campaign against COVID-19 today onwards by getting himself inoculated against the virus.

He received the jab at the Maharajgunj-based TU Teaching Hospital in Kathmandu today morning.

The first phase of the vaccination campaign had begun on January 27 under which the government has said to have inoculated around 400,000 people.

Though the government had earlier announced to vaccinate citizens above 55 years of age, teachers, public transport drivers and their helpers, lab technicians, and owners and staffers of pharmacies in the second phase, it has now decided to only inoculate people above 65 years of age for want of enough vaccines.

In Himalayan districts, however, elderly citizens above 55 years of age will be vaccinated.

According to the Ministry of Health, 6,000 vaccination centers have been set up across country for the second phase of the vaccination campaign.

The Government of Nepal has been providing Covishield vaccine produced by the Serum Institute of India. The vaccine has been found to be 70 percent effective in India.

The second dose should will be administered within eight to 12 weeks of taking the first dose of this vaccine.

Meanwhile, as many as 348,000 doses of vaccines under the COVAX facility are arriving in Nepal today.

Minister for Health and Population Hridayash Tripathi informed that the vaccines will enter Kathmandu from India on Sunday morning.

Nepal is said to receive a total of 2,256,000 doses vaccines under the COVAX initiative.

Along with Nepal, Bangladesh and Sri Lanka will also receive vaccines in the SAARC region through COVAX.

According to the Health Ministry, Nepal will receive vaccines enough for up to 20 percent of the citizens under the COVAX facility.

Developed by Oxford University and AstraZeneca, the vaccines to be brought under COVAX are also produced by the Serum Institute of India. 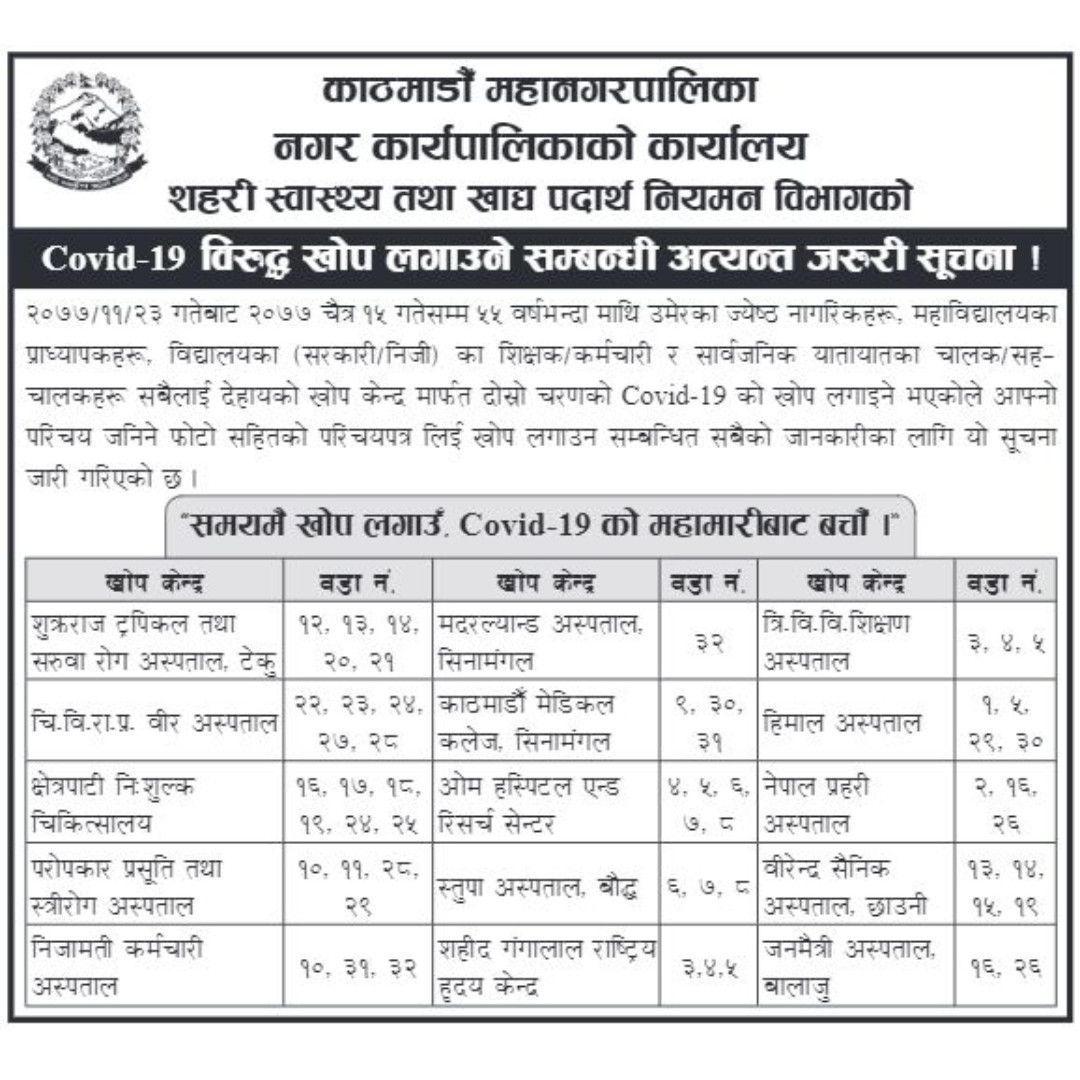