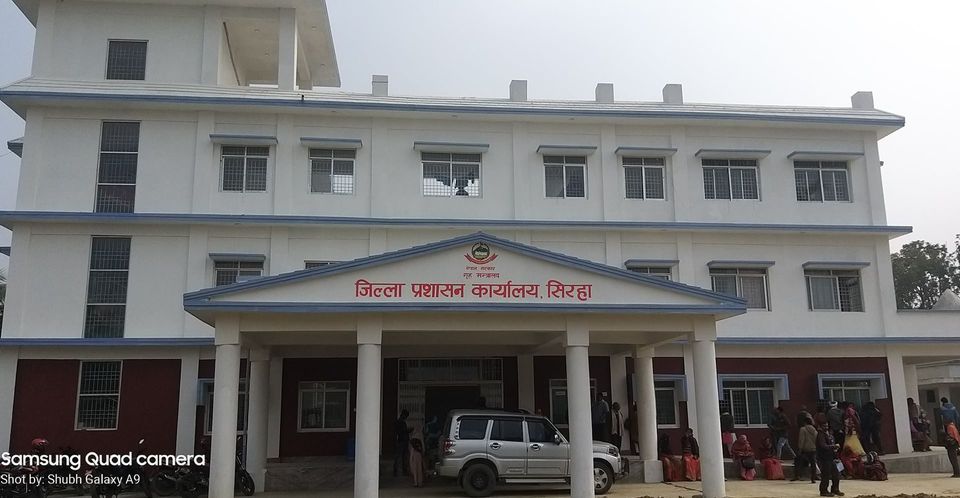 The Siraha District Administration Office has issued a two-day prohibitory order along the East-West Highway and Siraha-Choharwa road section area after the CK Raut-led Janamat Party declared a two-day strike on Tuesday and Wednesday.

Chief District Officer of Siraha Lal Babu Kawari issued a notice informing about the order that will be in effect today and tomorrow from 5:00 am to 7:00 pm.

A no-go zone has been set up along the Highway from Balan Khola in the east to Kamala River in the west and up to 500 meters from Choharwa to Siraha road section.

During this period, vehicles can be operated along the Highway and Siraha-Choharwa road section, but people are not allowed to walk outside as well as gather or hold political meetings and activities. The District Administration Office has warned to take action against those violating the prohibitory order.

The Janamat Party announced a district-wide general strike today and tomorrow saying that the local administration had turned a blind eye to their demands. The Janamat Party has been holding various protest programs with seven-point demands including withdrawal of cases registered against the protesting farmers of Aurahi Rural Municipality, release of the arrested farmers, investigation into the alleged corruption committed by the Rural Municipality chairperson Siddhartha Yadav and providing timely fertilizer to the farmers.

On Sunday, Janamat Party cadres vandalized 16 vehicles and set fire to a truck at Golbazar and Mirchaiya on the East-West Highway citing violation of the general strike.

Clashes also broke out between the protesting Janamat Party cadres and police in Mirchaiya and Golbazar on Sunday. Police fired 13 tear gas shells at Mirchaiya to control the situation.