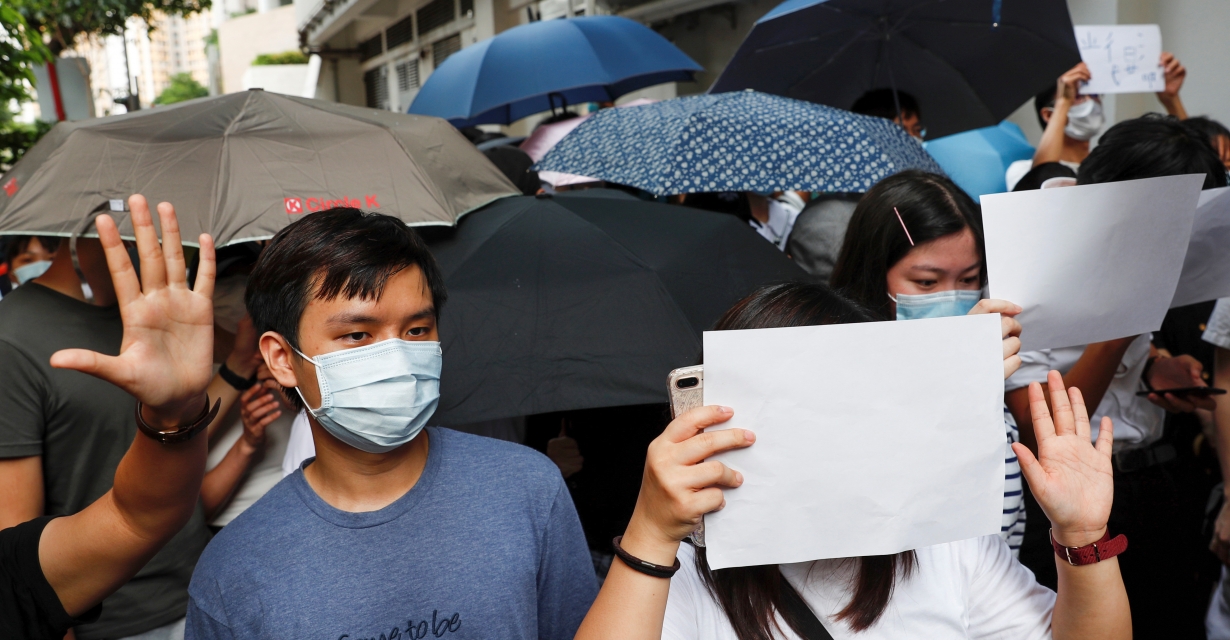 Books by prominent Hong Kong pro-democracy figures have become unavailable in the Chinese-ruled city’s public libraries as they are being reviewed to see whether they violate a new national security law, a government department said on Sunday.

The sweeping legislation, which came into force on Tuesday night at the same time its contents were published, punishes crimes related to secession, subversion, terrorism and collusion with foreign forces, with punishments of up to life in prison.

Hong Kong public libraries “will review whether certain books violate the stipulations of the National Security Law,” the Leisure and Cultural Services Department, which runs the libraries, said in a statement.

“While legal advice will be sought in the process of the review, the books will not be available for borrowing and reference in libraries.”

A search for books by young activist Joshua Wong or pro-democracy politician Tanya Chan on the public libraries website showed the books, including Unfree Speech, co-authored by Wong, either unavailable or under review.

The national-security legislation has been criticised by pro-democracy activists, lawyers and foreign governments who fear it would be used to stifle dissent and undermine freedoms the former British colony was promised when it returned to Chinese rule in 1997.

The day after the law came into effect, one man was arrested for carrying a Hong Kong independence flag.

On Friday, the local government declared the slogan “Liberate Hong Kong, revolution of our times” illegal. And a man who had driven a motorcycle into police officers during a protest and carried a flag with that message was charged with terrorism and inciting secessionism.

Local and Beijing officials have repeatedly said the legislation would not curb freedom of speech or the media, nor any other rights in the city. The new law, they said, only targets a few “troublemakers”. (Aljazeera)