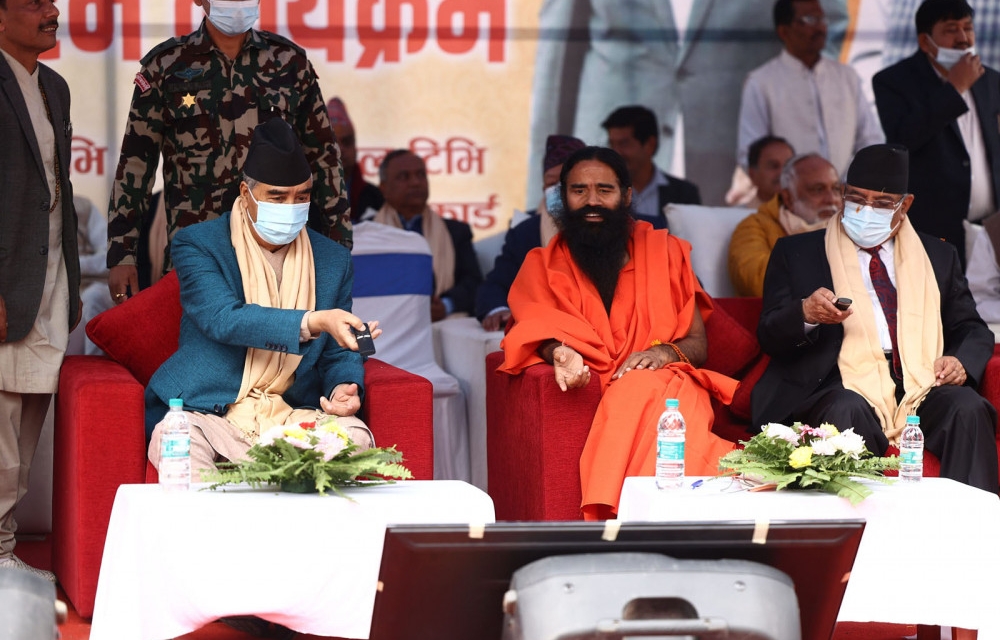 However, ‘Patanjali Nepal’ as well as ‘Astha Nepal’ are not registered with the Broadcasting Department. “We have not even received an application for the channels’ registration,” said Gogan Bahadur Hamal, Director General of the Department.

“We have formed a committee to study whether or not the television channels have started broadcasting in Nepal. If the broadcast has already started, action will be taken as per the law of the land,” said Hamal.

It is said that Indian multinational company Patanjali has invested in these televisions. Acharya Balkrishna and yoga guru Ramdev have investments in Patanjali. The Foreign Investment and Technology Transfer Act lists ‘business of mass media (newspaper, radio, television and online news) and film business of national language’ in the list of industries or businesses where foreign investment is not allowed.

During the inauguration, Prime Minister Deuba also promised to provide land to Patanjali.

Critics say that these television channels, which are supposed to produce programs related to spirituality and Ayurveda, work purely for commercial purposes.