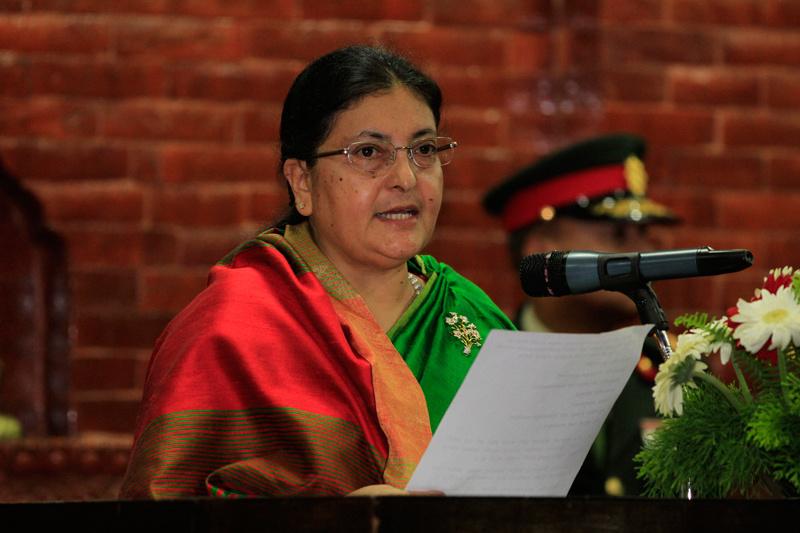 Only four days ago on April 20, President Bhandari, in accordance with Article 114 (1) of the Constitution, had endorsed ‘Constitutional Council (function, duties, rights and procedure) first amendment, Ordinance, 2077’ and the ‘Political Party (second amendment) Ordinance, 2077’.

The proposal of the controversial ordinances by the government at a time of a health crisis and the swift endorsement of the proposals by the President had drawn wide-spread criticism.

A cabinet meeting held at the Prime Minister’s official residence today afternoon in Baluwatar of Kathmandu decided to recommend the President to revoke the ordinances.

The first ordinance introduced by the government was an amendment on the provisions in the Political Party Act that made it easy for political parties to split, while the second ordinance made it possible to convene a meeting of the Constitutional Council without the participation of the main opposition party leader.