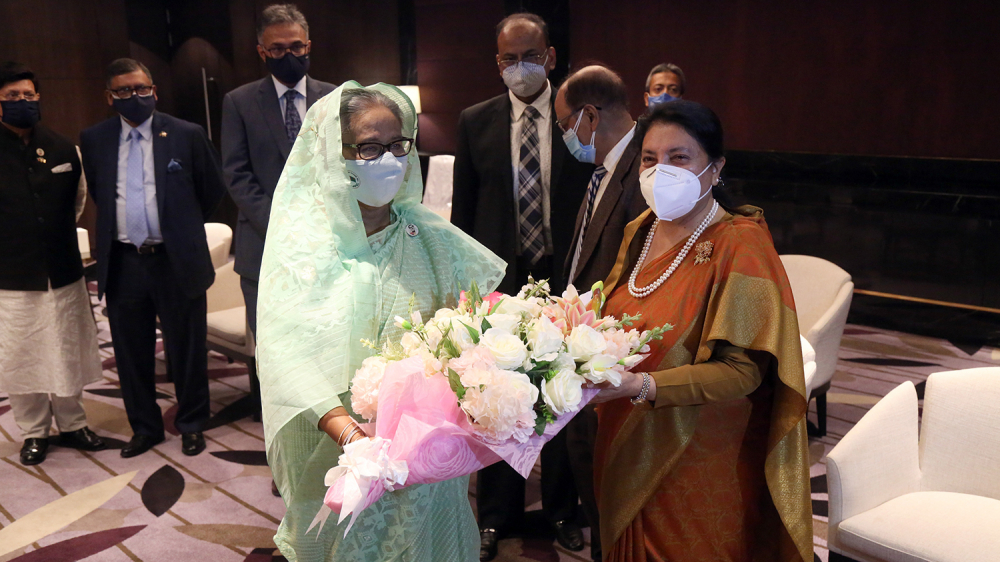 A Memorandum of Understanding (MoU) was signed between Nepal and Bangladesh on Monday, as President Bidhyadevi Bhandari is in Bangladesh for two-day state visit.

The contents in the MoU are related to cooperation in tourism sector, culture exchange program from 2022 to 2025, cooperation in capacity building in the sanitary and Phyto-sanitary sector (research on pesticides in livestock and agriculture), additional rail routes from Rohanpur in Bangladesh to Sinhabad in West Bengal, and building ‘co-transition route’ to trade with third countries, informed a member of the Nepali delegation.

The MoU was signed during a meeting between President Bhandari and her Bangladeshi counterpart Abdul Hamid.

Tourism services in Nepal will be simplified to make it easier for Bangladeshi citizens to travel here. For which, Nepal will provide air service from Saidpur, Bangladesh to Biratnagar, Nepal. The Government of Nepal is trying to promote Biratnagar Airport as a regional international airport although the airport does not cater international flight services.

Similarly, under the program to cooperate in cultural exchange from the year 2022 to 2025, conducive environment is said to be created for students of both the countries to exchange cultural skills and knowledge.

The agreement related to cooperation in building capacity of sanitary and Phyto-sanitary sector focuses on conducting necessary studies and research to detect and prevent diseases in plants and livestock of both countries.

The MoU also incorporates construction of additional rail routes from Rohanpur in Bangladesh to Sinhabad in West Bengal and co-transit routes for trade with third countries, for which the transit agreement between Nepal and Bangladesh has also been amended.

At present, Nepal uses Chittagong and Mangala ports of Bangladesh for trading purposes. However as the port of Chittagong is crowded, Nepali traders have a hard time storing their goods.

Rohanpur, about 60 km away, has been developed as a dry port for storing goods. About 255 kilometers-long railway from Rohanpur to Sinhabad in West Bengal will be developed as a transit route for Nepal.

This is said to help in trade between Nepal and third countries via Bangladesh. Now, Nepal can bring goods from Singhabad to Kakadvitta via Siliguri or even via the Birgunj customs. The route cuts time as compared to Nepal bringing goods from the Indian port of Kolkata.

President Bhandari is in Bangladesh at the special invitation of Bangladeshi President Mohammad Abdul Hamid on the occasion of the birthday anniversary of Bangladesh’s Father of the Nation Sheikh Mujibur Rahman.

President Bhandari was received by Bangladeshi President Abdul Hamid upon her arrival at the Sahajlal International Airport, Dhaka yesterday.

A statement issued by the Nepali Embassy in Dhaka states that the Bangladesh Army honored President Bhandari with a salute of 21 cannon shots, including a guard of honor.