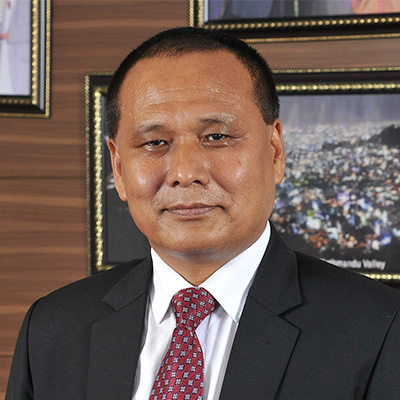 Hitendra Dev Shakya is currently the managing director of NEA.

Energy Minister Bhusal is said to have been dissatisfied with Shakya’s performance, with NEA reporting a higher percentage of power leakage and its profits falling.

The Energy, Water Resources and Irrigation might reportedly soon seek clarification from Shakya over the growing power leakage, increased electricity import from India and frequent power cuts in recent days.

On Tuesday, Bhusal met PM Deuba and briefed him about the same. Following which, Deuba instructed that Shakya should be asked to resign and Ghising be appointed in the former’s place.

Ghising, whose four-year term as NEA’s managing director ended on September 14, 2020, has been credited for ending Nepal’s chronic problem of power outage aka ‘load-shedding’ – which lasted for over 17 hours a day at some point — for good.

He also transformed the once-bankrupt NEA into a profit-making public utility within his four years in office as the chief executive of NEA.

However, despite Ghising’s shining performance record and exceptional public pressure to keep him, the then KP Sharma Oli-led government had decided not to give Ghising a second term as the chief of the state-owned power utility.

Despite frequent power outages in various parts of the country with the onset of monsoon season, NEA has claimed that there is no unofficial load shedding inside and outside the Kathmandu Valley. The Authority instead shifted the blame to technical problem like maintenance failure and poor management.

Power gets cut off while shifting electricity poles, replacing transformers and due to maintenance and distribution to new consumers, said NEA spokesperson Madan Timalsina.

There is also problem in individual’s homes which have low ampere meters but use high voltage electric appliances, he added.

“This does not mean that the NEA has power supply problem, but this is happening due to problem in the places where the old transformers and feeders could not sustain the growing load demand,” he claimed.