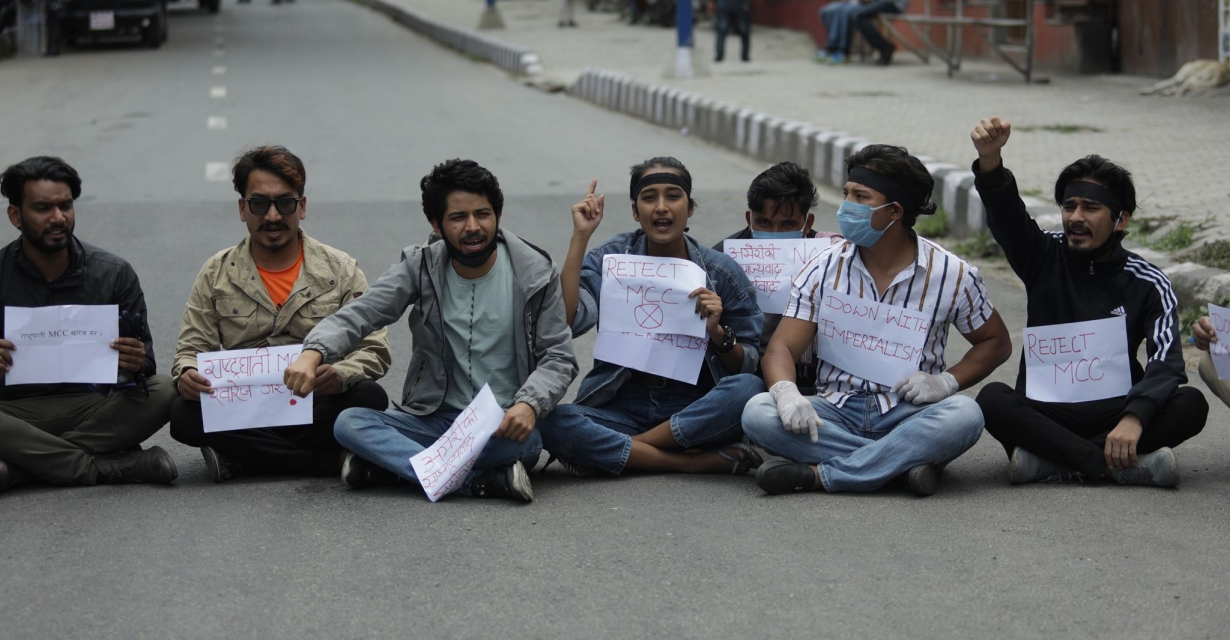 For the past week, various political parties, their sister wings and members of the civil society have been protesting against the ratification of Millennium Challenge Corporation’s Nepal Compact through the federal parliament.

Many are against MCC’s requirement of House approval, as the agreement says that it would prevail over Nepal’s existing laws in case of conflicts. The general public, however, seem to be confused about what the controversy surrounding MCC is.

The US Congress, in 2004, approved legislation for the establishment of MCC as an independent bilateral foreign aid agency.

MCC aims at reducing poverty through economic growth and its grant is given to low-income as well as lower-middle-income countries selected through competition.

Countries that demonstrate commitments to good governance, show positive development returns, and take ownership of the programme are eligible for MCC grant.

Nepal was the first country in South Asia to qualify for MCC after it met 16 out of the 20 required policy indicators.

The MCC Board has approved 37 compacts worth $13 billion for 29 countries, as of 2019 since its establishment.

In September 2017, then joint-secretary Baikuntha Aryal and Jonathan Nash, acting chief executive officer of MCC, signed an agreement in the presence of then Finance Minister Gyandera Bahadur Karki and US Deputy Secretary of State John J Sullivan in Washington.

As per the agreement, the US government would provide $500 million in grants while Nepal would invest $130 million for the projects that prioritise energy and roadways.

This is the largest grant Nepal has ever received.

The funds will be spent on setting up a 400KV transmission line running 400 kilometres along the Lapsiphedi-Galchhi-Damauli-Sunawal power corridor.

The funds will also be used to set up three substations that will connect to the cross-border transmission line with India in Rupandehi.

Similarly, around $130 million under the MCC compact will be for maintenance of around 300 kilometres of roads along the East-West Highway.

Finance Minister Yubaraj Khatiwada, in July last year, registered the MCC compact at the federal parliament for ratification. But it was never presented before the House for approval.

Dispute regarding MCC surfaced after David J Ranz, assistant secretary for South Asia at the US State Department, during his Nepal visit in May last year said that MCC was a crucial part of the Indo-Pacific Strategy (ISP).

The ISP Report, published in June last year, says that the strategy broadly envisions linkages between security, governance and economics.

Though it doesn’t talk about MCC, another report clearly states that support under MCC is a part of ISP.

However, ratifying MCC doesn’t necessarily mean being a part of a “military alliance”.