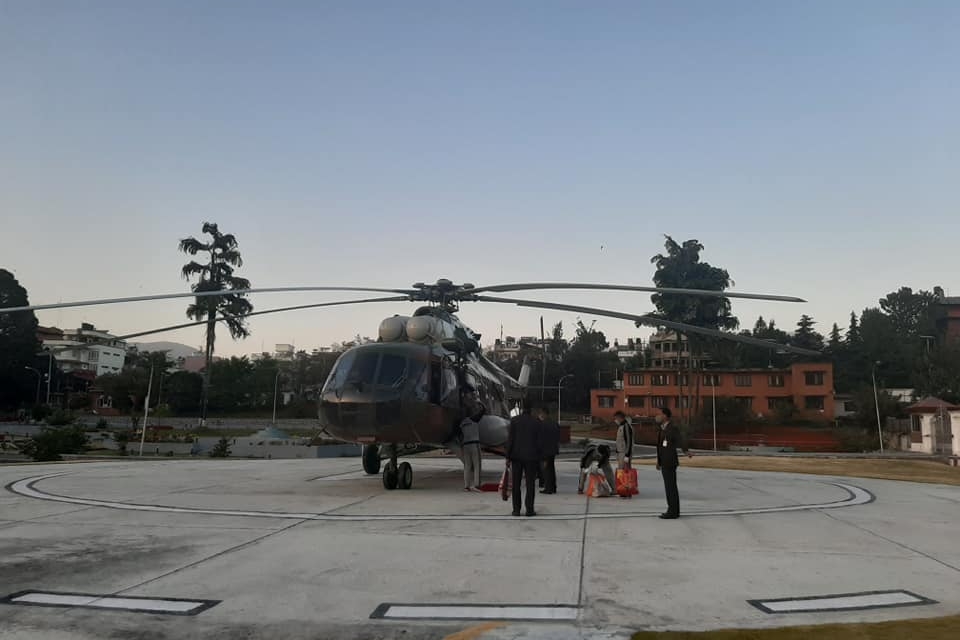 The construction of a helipad been constructed on the premises of the Prime Minister’s Official Residence in Baluwatar, Kathmandu was completed.

Writing on his social media handle, Thapa said that the helipad meets the standards set by the Civil Aviation Authority of Nepal.

The PM’s press advisor added that the construction of the helipad will help cut short the time needed to reach the Tribhuvan International Airport from Baluwatar and vice-versa, thereby eliminating the problem of traffic congestion for the general public.

Meanwhile, the Provincial Health Directorate of Sudurpaschim has wrote to the Office of Chief Minister and Council of Ministers demanding additional budget from the provincial government to continue the free treatment of Covid-19 patients in government hospitals.

According to the directorate, healthcare centers across the province are reeling under lack of funds to continue their fight against COVID-19 and is in need of around Rs 3 billion to provide free treatment to COVID patients in nine districts of the province.

Though the federal government in October announced to discontinue free COVID test and treatment, except for the helpless and disabled people, the Sudurpaschim provincial government had directed all local hospitals to continue providing free treatment, stating that it would bear the expenses.

However, local hospitals have warned that they will not be unable to continue free treatment if they don’t receive a budget soon.

According to the data available at the Ministry of Social Development, hospitals across the province have a total of 23 ICU beds, 17 ventilators and 310 isolation beds.