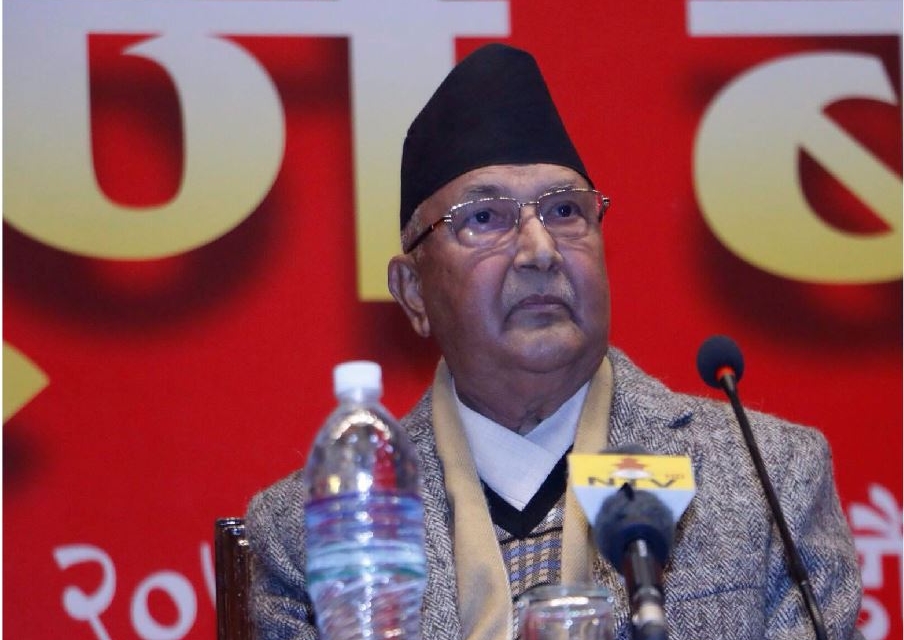 Prime Minister KP Sharma Oli had invited editors of national dailies, magazines and online portals for a meeting at his residence at 2:45 pm yesterday. The prime minister himself, however, arrived an hour late.

During the meeting, PM Oli first listened to the editors’ queries and opinions before answering them.

Questions to the PM included, if the US government-sponsored Millennium Challenge Corporation’s compact program, under which Nepal is receiving a grant of $500 million to build transmission lines and renovate a section of the crucial East-West Highway, will be passed from the parliament.

Other questions were about growing corruption cases, under-utilization of the public capital budget, delayed infrastructure projects and presence of potholes and dust on the roads.

The journalists also asked the PM about the government’s attempt to curtail civil liberties and gag the press.

After listening to the questions, PM Oli said, “The press, which has a habit of criticizing everyone, should also learn to face criticism, as it sometimes crosses the limit.”

The government, according to the PM, respects the contribution made by people to restore democracy but it wants everyone to “practice freedom responsibly”, as it is trying to create a “civilized society”.

Hinting at Chinese nationals, Oli added that people of some developed countries are so civilized that they bow down while speaking to others.

Ensuring that MCC does not have any military component as rumored, PM Oli said the MCC compact will be ratified by the Parliament at the earliest.

The PM also talked about Baluwatar land scam and defended his party General Secretary Bishnu Paudel, who owns a plot in Baluwatar, where around 114 ropani land belonging to the government was captured by individuals.