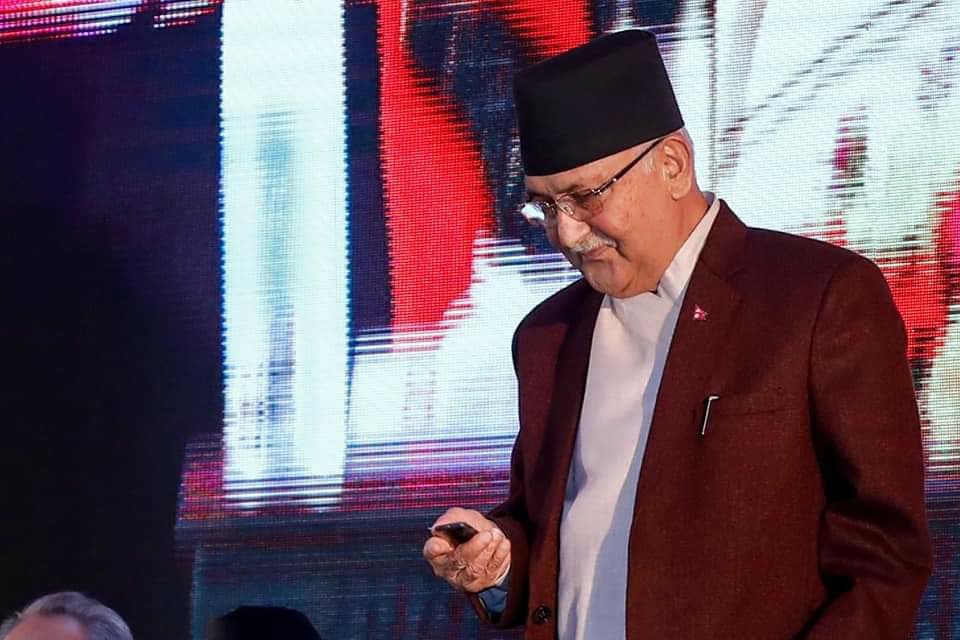 Prime Minister KP Sharma Oli inaugurated the Constituency Strategic Road Program, under which many as 165 roads would be built, amid a special program held at his official residence in Baluwatar of Kathmandu on Saturday.

As per the program, 165 roads are said to be in all constituencies across country over the time period of three years.

After lawmakers demanded a large chunk of budget for the local infrastructure development program, the annual budget for the current fiscal year had put forward a plan to build a road in each constituency.

A budget of Rs 3.2 billion, to be spent over three years, has been allocated for this program.

However, the PM inaugurated the program as the current fiscal year is just about to end in June.

Minister for Physical Infrastructure and Transport Basant Kumar Nemwang informed that all the roads will be completed in three years.

The Ministry estimates that the total length of 165 roads will be around 2,210 kilometers and a budget of Rs 57.10 billion is required to complete the work.

However, the detailed project report (DPR) and environmental study, which sould be carried out before starting any construction project, have yet to be conducted.

Officials at the Department of Roads admit that they are not prepared to begin the project.

Deputy Director General of the Department of Road Shiva Prasad Nepal said that the total length of the proposed roads has yet to be finalized. He said, “We have estimated that 2,200 kilometers of roads will be built. Most of the construction sites have not been surveyed as of yet.”

Ministry officials say that laying the foundation stone of all 165 roads at a time when there is no possibility of starting work in the current fiscal year has no purpose other than political reasons.

Apart from the Rs 3.2 billion allocated in the current fiscal year, managing a budget of Rs 54 billion in the remaining two years is also challenging, according to officials.