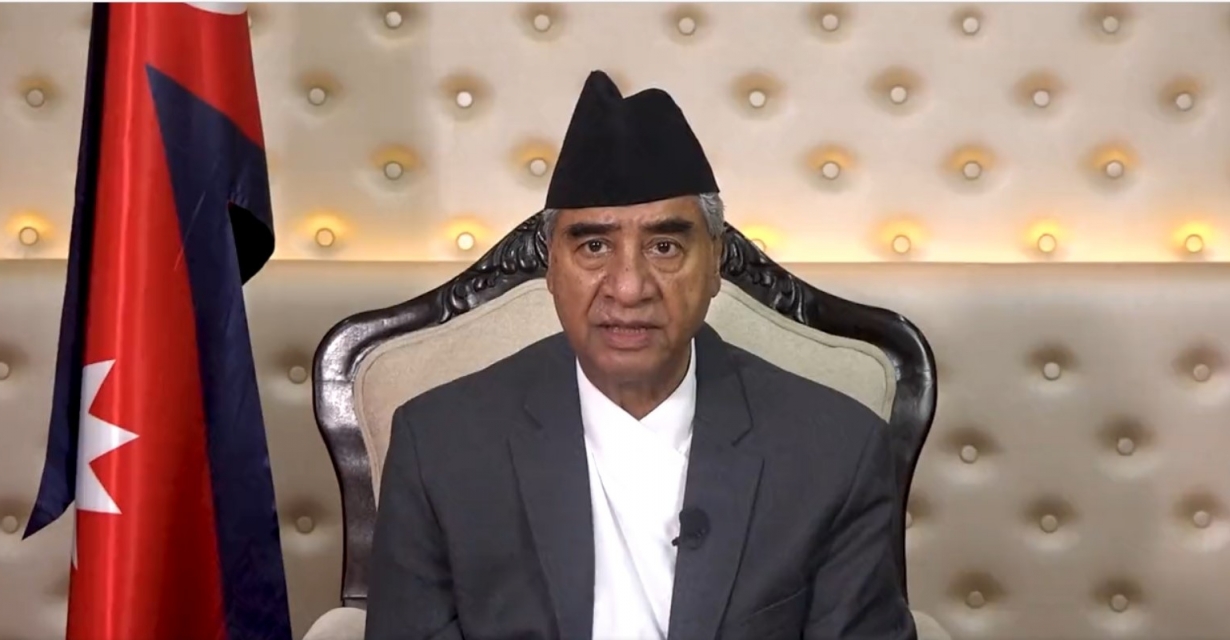 Prime Minister Sher Bahadur Deuba is leaving for United Kingdom tomorrow leading the Nepali delegation to the World Leaders Summit of the 26th Conference of Parties to the United Nations Framework Convention on Climate Change (COP 26) being held in Glasgow on 1-2 November.

On October 30, he will attend and address the welcome event being hosted by All-Party Parliamentary Group for Nepal (APPG-N) and UK-Nepal Trade and Investment Forum in London, in-formed the Ministry of Foreign Affairs (MoFA) in a statement.

On October 31, the Prime Minister will attend a reception hosted in his honor by the Chargé d’affaires at the Embassy of Nepal in London. He is scheduled to meet with the representatives of Gurkha Veterans’ organizations, members of British Parliament and other members of Nepali diaspora.

Similarly, the prime minister will attend the official opening ceremony of COP26 on November 1. He will deliver Nepal’s national statement at the World Leaders Summit.