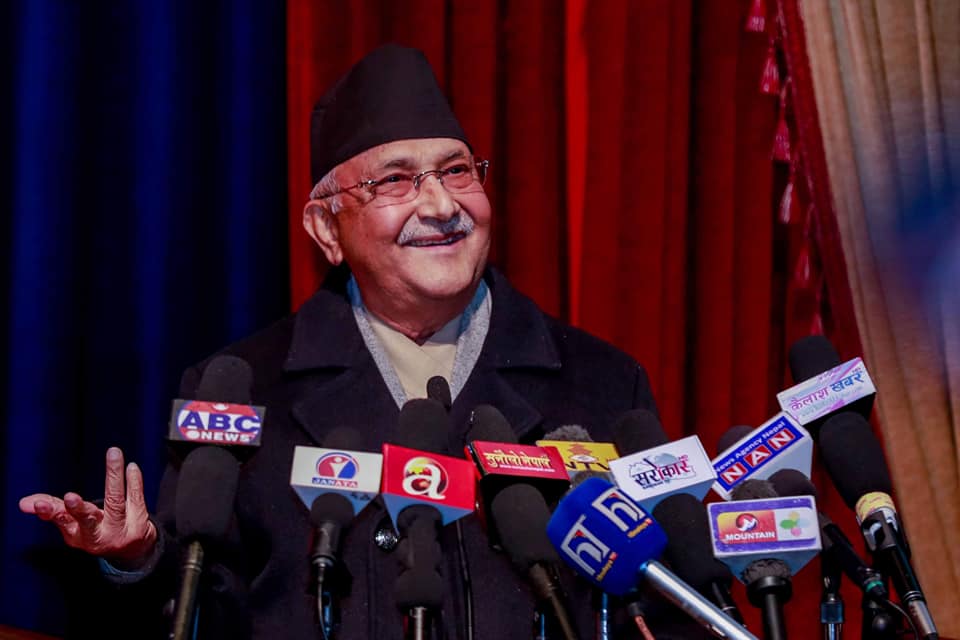 Prime Minister KP Sharma Oli on Sunday quelled the parents of six Dalit youths who were killed in Chaurjahari Municipality-8, Soti of Rukum (West) in a case of caste-based violence with an assurance of strictest action against the perpetrators as soon as possible.

Nabaraj BK, Ganesh Budha Magar and Sanjib BK from Bheri Municipality-4 in Jajarkot district, Lokendra Sunar and Govinda Shahi of Bheri-11 and Tikaram Nepali from Chaurjahari-1, Rukum were killed in May 23, 2020.

The investigation by a nine-member Special Parliamentary Committee formed by the Ministry of Home Affairs on June 8, 2020 to probe the incident concluded that the death of six Dalit youths was a result of caste-based discrimination.

Of the 34 arrested in the incident, District Court Rukum West and High Court Surkhet have released six people, including Nawaraj’s girlfriend and mother.

The case has reached the Supreme Court after three judges differed on the issue of the High Court releasing six more people. The case is pending. Similarly, as many as 17 defendants in jail have filed a petition in the Supreme Court seeking their release.

The parents of the killed Dalit youths arrived in Kathmandu on Thursday last week to draw the government as well as the Prime Minister’s attention and ask swift justice as they believe influential suspects in the case are using their power to get bails and go scot-free.

Chaurjahari Municipality Ward No 8 Chairman Dambar Bahadur Malla is one of the suspects in the case.

On the same day Nabaraj and his friend were killed in Soti, the body of a 12-year-old Dalit girl, Angira Pasi, was found hanging from a tree, a day after community leaders in Rupandehi district ordered a 25-year-old man of a different caste who had raped her to marry her as his “punishment.”

In the case of Pasi, who was allegedly raped and murdered, the police reportedly refused to register the case at first, claiming that the child had taken her own life.

Meanwhile, it is also important to note that perpetrators of Nirmala Panta, a 13-year-old who was killed after being subjected to rape on 27 July, 2018; murderer(s) of 12-year-old Samjhana BK who was killed raped and killed on September 23, 2020; killer(s) of 16-year-old Krishna Prasad Adhikari who was murdered by the then Maoist rebels in June, 2004; and murder(s) of 19-year-old Bijaya Ram Chamar of Rautahat who died in police custody, have yet to be brought to book.

These are only a few incidents that have managed to make it to media headlines and people’s memory.

A man of tall promises – no Nepali will die of hunger or disease, employment for all, replacing Tuins across country with concrete bridges, prosperous Nepal happy Nepalis, justice for conflict victims, amicable diplomatic relations with the country’s neighbors, zero tolerance to corruption, increasing domestic production and cutting down on import, smart villages, and most importantly, a decentralized governance – KP Sharma Oli climbed to the top post with his wit and dreamy speeches.

But now, almost three years into his prime ministerial role, that the public and members of his own party are asking accountability, Oli has suddenly turned into a bitter person who has lost his humor and would now like to pose as a sturdy personality envied by his contemporaries, while completely turning a blind eye to the suffrage of his citizens, especially of those belonging to minority caste and class.