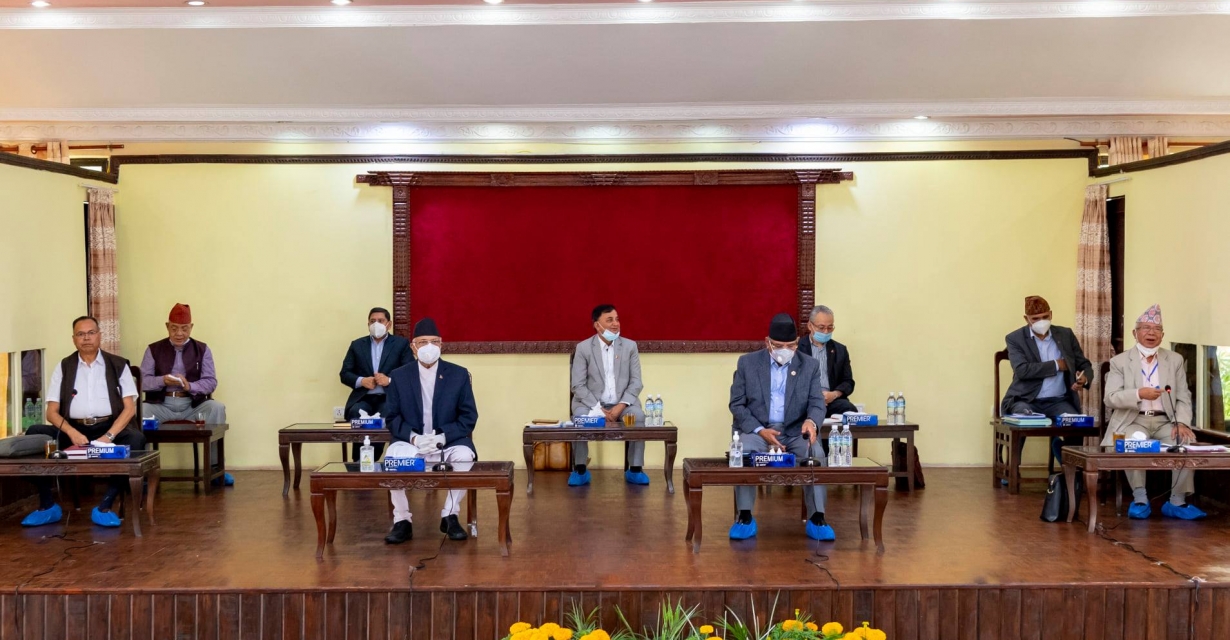 Though Oli cited frail health and busyness to skip the meeting on Friday and consequently leave Saturday’s meeting early, members of NCP Standing Committee have expressed their dissatisfaction over the party’s co-chair’s indifference towards their concerns.

During the Thursday’s meeting, both the leaders had taken a jibe at each other with Oli saying some NCP leaders were acting like opposition leaders and Dahal expressing his regret for letting go his chance to become the prime minister for two-and-a-half years.

Oli is currently facing minority support within the 44-member Standing Committee and those remaining are seeking to demand Oli’s resignation as from either the prime minister’s post or as the party’s co-chair.

Leaders including Dahal, Madhav Kumar Nepal and Bamdev Gautam have time and again expressed their discontent to Oli regarding the latter’s unilateral manner of running the party as well as the government.

The meetings are being held at the PM’s official residence in Baluwatar, Kathmandu to discuss the Millennium Challenge Corporation (MCC) Nepal Compact, prevention, control and treatment of Covid-19, and border dispute with India, among other issues.

The next meeting is scheduled for Saturday morning with discussion of the government’s response to Covid-19 as the main agenda.