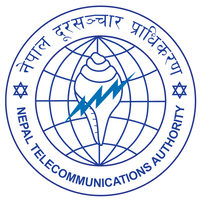 As per a notice issued by NTA, the proposals submitted by interested firms for ‘launching satellite in the orbital positions allocated to Nepal by International Telecommunication Union (ITU)’ have been cancelled and the Authority is preparing to begin all the processes from scratch.

NTA plans to launch Nepal’s own satellite in the orbital position set for Nepal by International Telecommunication Union (ITU).

NTA has stated that new processes will be based on provisions of the Satellite Policy issued by the government in in July, 2020. The policy aims to provide satellite services from Nepal by 2022 though its own satellite.

Despite having the orbital slots allocated by the ITU since 1984, the government has failed to utilise the fixed satellite service (FSS) capacity so far. Orbital slots refer to the location where satellites are placed and Nepal has been assigned 50 degree east and 123.3 degree east orbital slots to keep satellites.