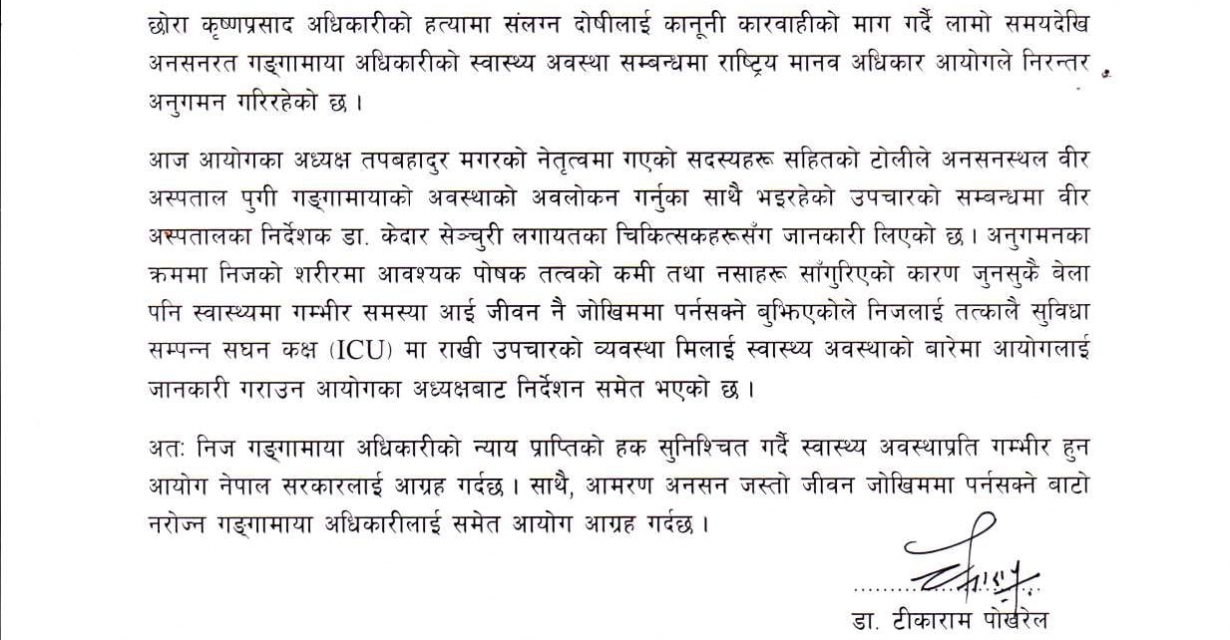 The National Human Rights Commission (NHRC) has urged Nepal Government to be serious about the deteriorating health condition of Ganga Maya Adhikari, who has been staging a fast-unto-death for more than seven weeks now demanding justice for her son.

According to a press release issued by NHRC, the rights-body had deployed a investigating team led by NHRC Chairperson Tapa Bahadur Magar to investigate about the health condition of Ganga Maya.

“The investigation team talked to Director of Bir Hospital Dr Kedar Century about the current health condition of Ganga Maya. While investigating, the team found that the Ganga Maya didn’t have enough nutrients in her body due to prolonged hunger strike and her veins are shrinking, which might lead to life-threatening health condition anytime,” the press release reads.

Ganga Maya and her late husband Nanda Prasad Adhikari, residents of Gorkha district, started a hunger strike as part of their Satyagraha since January 2013, demanding justice after the murder of their youngest son 16-year-old Krishna Prasad during the Maoist insurgency.

The human rights body has directed the government to transfer Ganga Maya to a facilitated ICU and update the Commission about her health condition.

Similarly, the Commission has requested Nepal Government to ensure her rights to justice and asked Ganga Maya not to choose a way to protest that could seriously harm her health conditions.