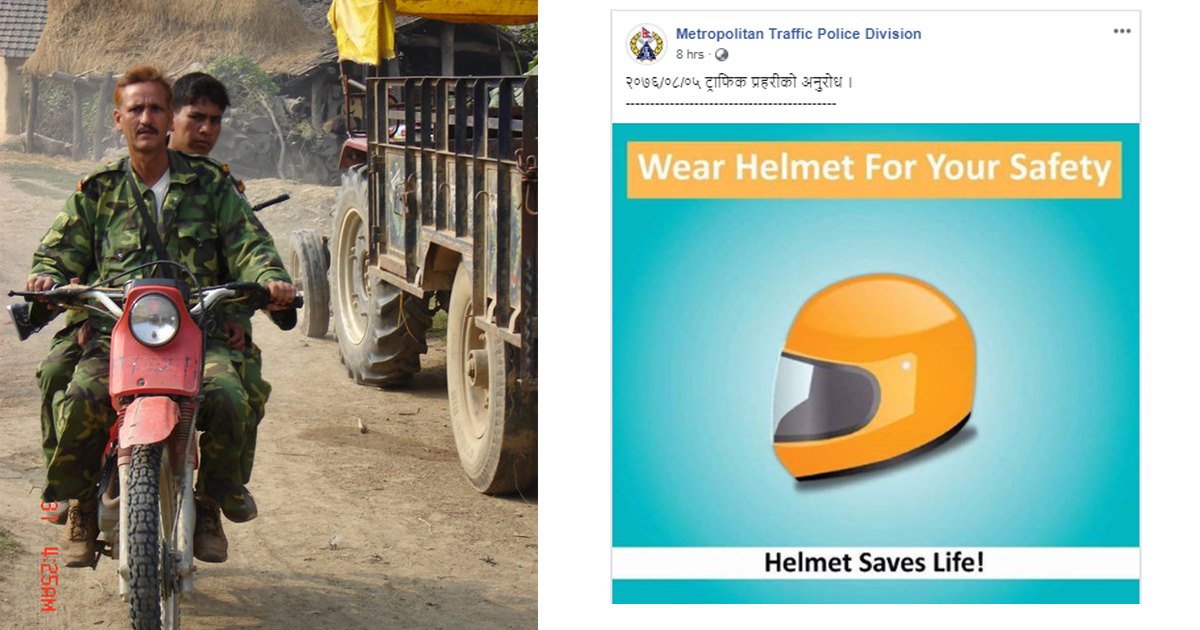 Prime Minister KP Sharma Oli’s cabinet reshuffle has many researching on the newly elected ministers. Naturally, the first thing we scan for is their respective social media handles. During the course, we find a photo shared by the newly elected Minister of Industry, Commerce and Supplies Lekh Raj Bhatta on Facebook, which grabs our attention.

Looking beyond the motorcycle rider, the pillion rider is seen carrying a rifle. The photo sparks concern if the Minister is sharing irresponsible content on social media, and therefore setting a bad example?

Traffic violation is a grave misconduct in Nepal – according to the website of Traffic Department, Nepal Police, a motorist can be fined anywhere between Rs. 500 to Rs. 1500 for riding a motorcycle without a helmet.

We wonder what kind of example would Minister Bhatta be setting while flaunting the picture.

While the traffic offence could be overlooked, after all a Minister won’t have to ride a motorcycle within the territory of Nepal anymore, a graver concern is that of the gun-carrying pillion rider.

Minister Bhatta, a very good friend of Pushpa Kamal Dahal and other senior maoist leaders, was an influential leader during Nepal’s decade long civil war. The photo must be of that era. While social media is a place where we share our memories, brandishing a gun, that too by a public figure, definitely classifies as ‘irresponsible content’.