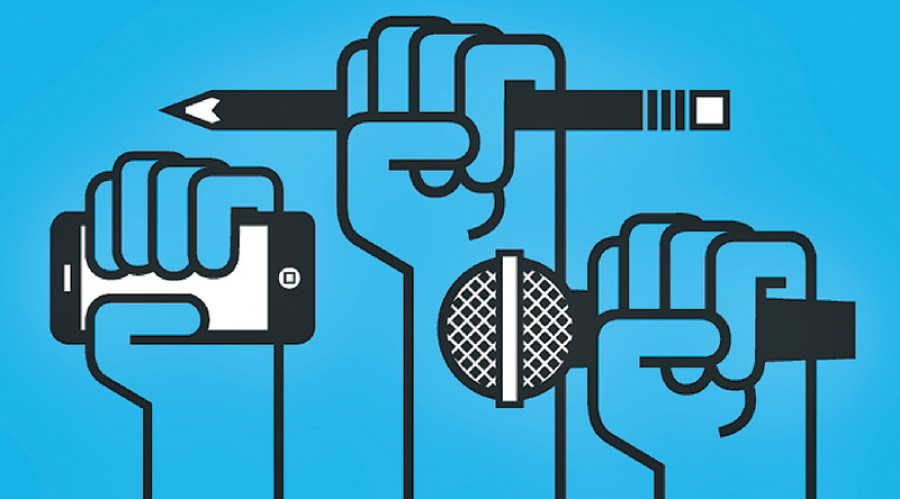 A group of editors from major print and online outlets have issued a statement condemning the recent press release shared by the Ambassador of China to Nepal, in which the Embassy expressed dissatisfaction over an article published by The Kathmandu Post.

“Our attention has been drawn towards the statement issued by the Embassy of China on Tuesday regarding a content published on The Kathmandu Post daily. While we respect a person or an institution’s right to express dissent over materials published in the press, we strongly disagree with actions issuing threat against a specific individual for expressing an opinion or publishing a report,” reads the joint statement issued by the editors. 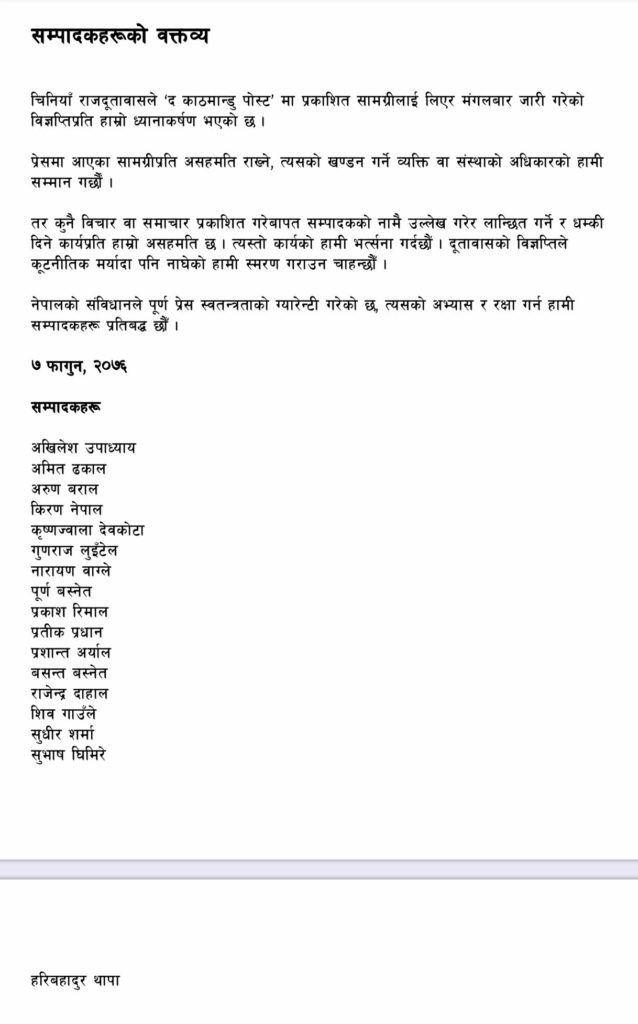 “We condemn such act and would like to remind that the said statement has stepped over diplomatic decorum.”

The editors have further stated that they are fully committed towards practising and protecting “freedom of press” which has been guaranteed by the Constitution of Nepal.

The Embassy of the People’s Republic of China in Nepal, on Tuesday, released the press statement, “reserving the right of action” against Anup Kaphle, the Editor-in-Chief of The Kathmandu Post.

The article “China’s secrecy has made coronavirus crisis much worse” was carried in the op-ed of the national daily on Tuesday, February 18.

Another Post article published on Wednesday morning states that the news was previously published by The Korean Herald, about China’s handling of the outbreak. The same article reads, “The Post notes the statement from the embassy and stands by the article it carried.”

Meanwhile, Kaphle Tweeted his reaction to the statement.

Important statement by the Chinese Ambassador to Nepal. I hope everyone gets a chance to read this, because it says everything about China’s admiration for freedom of press — that, too, in a neighboring country. https://t.co/rMJhcLZIuh