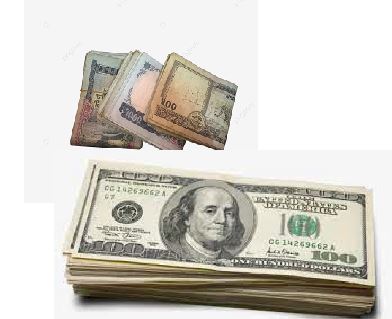 Nepalese economy is in dilemma as the value of Nepali rupee against the US Dollar continues to decrease. Today, the value of the US dollar has set yet another record high.

As per the exchange rate released by the Nepal Rastra Bank (NRB) on Sunday, a dollar can now be exchanged for NRs. 129.89.

The rate of dollar broke its previous high record which was 129.68 last Friday.

The US dollar exchange rate is increasing as a result of the hiked interest rates by the US central bank ‘Federal Reserve System’.

Economists say that the Federal Reserve will further increase interest rates in the coming days.

As the interest rate increases, the American investment around the world returns to the US with increased price, increasing dollar’s strength.

In addition to this, as per former executive director of NRB and economist Nar Bahadur Thapa, the dollar became more expensive due to less supply of oil and gas owing to the war between Russia and Ukraine.
Currently, central banks around the world are raising interest rates to control inflation.

Experts predict the result could be quickened inflation and foreign debt for Nepal. Since Nepal still relies heavily on imports to maintain its economy, the increase in the value of the dollar will most likely impact the cost of imports and the cost of production of necessities.

Earlier, Nepal had prohibited import of ‘luxury goods’ citing shortage of foreign exchange reserve. If the value of the dollar continues to hike, there is a risk that the trade deficit will also increase further.

However, it is speculated that increasing dollar exchange rate will have a positive effect on remittance, tourism and commodity exports in Nepal.